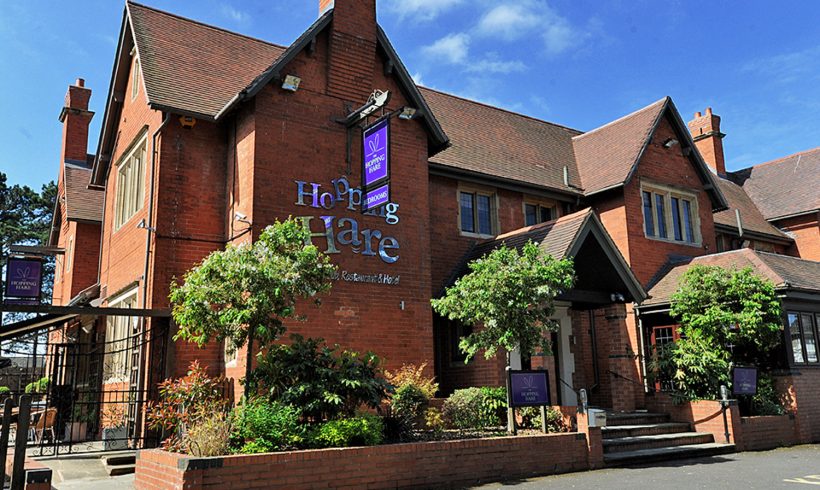 After much anticipation, the winners in the Carlsberg UK Northamptonshire Food and Drink Awards 2017/18 are celebrating being named the best of the county’s best!

The competition, in its ninth year, celebrates all that is great about local produce and drink, recognising excellence within the county’s dining venues and rewarding those who work so hard within the culinary sector.

The results were announced at a glittering awards dinner staged at Northampton’s Royal & Derogate on Wednesday November 15.

Restaurant of the Year (sponsored by Whitco Catering and Bakery Equipment)
Winner: The Folly, Towcester
Runner-up: Tap and Kitchen, Oundle

The winners of all the categories were presented with trophies by awards patrons William Sitwell and Sophie Grigson.

For the team at The Hopping Hare in Northampton, the evening was double cause for celebration for not only was 23-year-old Arturs Dzerins named runner-up in the ‘Booker Young Chef of the Year’ category, but the venue also took the ‘Booker Food Pub of the Year’ title. 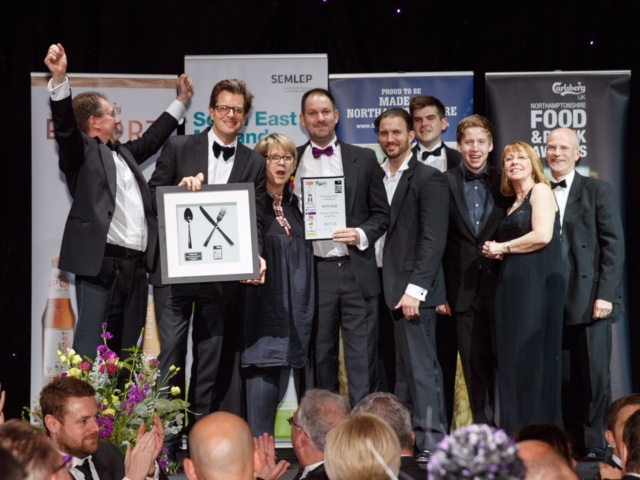 Having been a regular finalist in the category and indeed the runner-up last year, owner David George was thrilled to have clinched the top spot this time: “At the start of the year we set out to secure 2 AA Rosettes and win this title and we couldn’t be more delighted to have now achieved both!” explained David.

Sadly missing from the proceedings was Antonio Carluccio OBE, who passed away just a week before being due to follow in the footsteps of chefs Marcus Wareing, Jason Atherton and Michel Roux OBE as the evening’s special guest. It was therefore appropriate that the event began with a toast to the man known as the ‘Godfather of Italian cooking’ led by his good friend William Sitwell.

Guests then enjoyed a sumptuous three-course meal designed and created by Lee Scott of Tom Hewer Catering’s newest restaurant, Hisbiscus, with help from a team of culinary students from Northampton College who switched their regular classes for the experience of being part of the occasion.

The menu included a wealth of Northamptonshire ingredients, including the runner-up goats’ cheese from Stanwick’s Neneview Dairy, winning marmalade from Nature’s Fayre of Thrapston, mayonnaise from Farrington Oils at Hargrave, and runner-up goats’ milk gelato from Ganders Goat in Cottingham.

The culinary offering concluded with petits fours generously provided by Belflair Chocolates of Brackley, with the tea coming courtesy of Northampton winners, the Tea Lab Company, the coffee from Great Brington Coffee and the milk from Newlands Farm at Hannington.