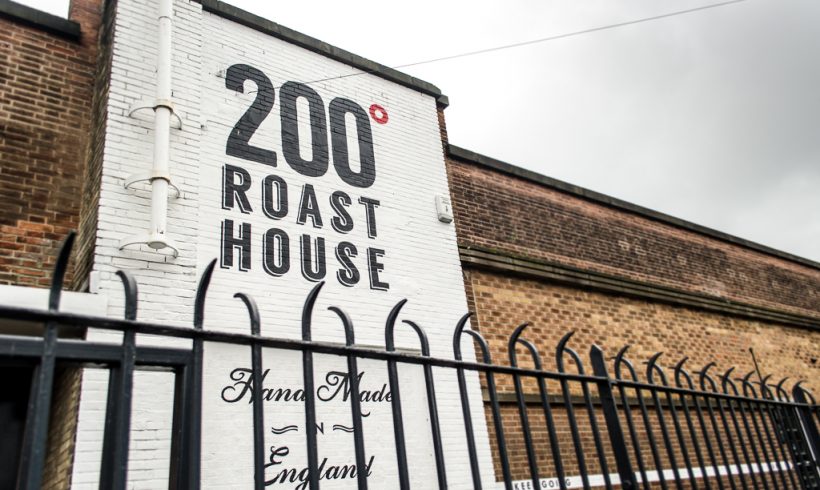 Nottingham-based 200 Degrees Coffee Roasters & Coffee Shops need plenty of their own caffeine right now. Sleep isn’t high on their agenda. Instead they’re riding a wave of success that has seen them grow from two blokes roasting coffee beans in a Nottingham garage into a group of five buzzing coffee shops and a roast house, all within six years. More UK outlets are coming, the latest being in the old Lumbers jewellery shop on Market Street in Leicester (a building that is owned by Everards Brewery). 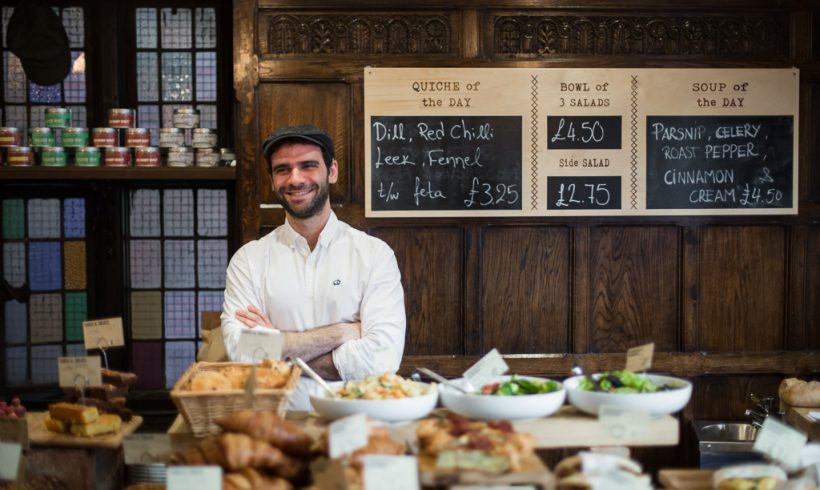 200 Degrees’ origins can be traced back to when founders Rob Darby and Tom Vincent began roasting beans at home in September 2011. A year later they bought a proper roaster and a year after that in August 2013, 200 Degrees was officially born when they opened their roast house on Nottingham’s Meadow Lane.

Rob and Tom originally created 200 Degrees partly because they were frustrated at not being able to find a consistent source of freshly roasted, high quality beans. They wanted to supply their Nottingham bar Belle & Jerome with great coffee, along with other venues too. 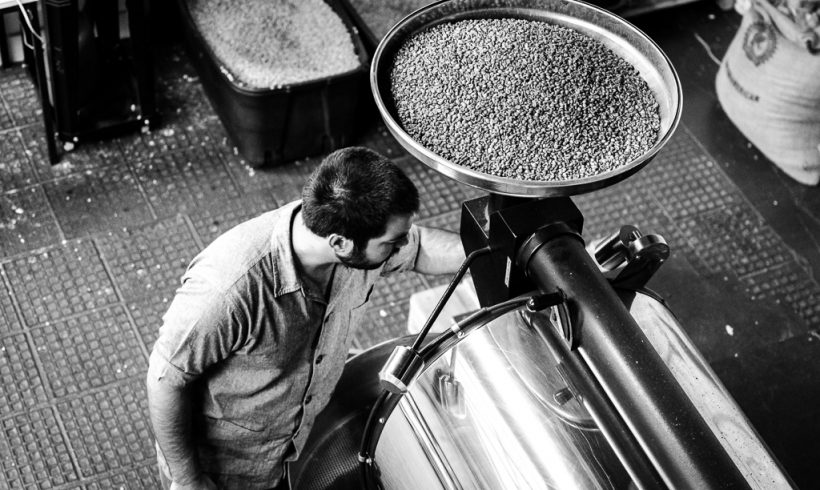 The roast house on Meadow Lane

Late in 2013 they started to plan their first 200 Degrees Coffee Shop, which they opened on Nottingham’s Flying Horse Walk in October 2014 with a barista school upstairs. After a while it was clear Rob and Tom had a success on their hands, so they started to think bigger.

The next 200 Degrees Coffee Shop opened on Carrington Street near Nottingham train station in June 2016 and two months later a new Birmingham outlet launched on Colmore Row. 200 Degrees Leeds (Bond Street) opened in December 2016, and Leicester is coming next in March 2017, which is fitting because 200 Degrees’ head coffee roaster Mike Steele is a Leicester lad. More outlets are in the offing. 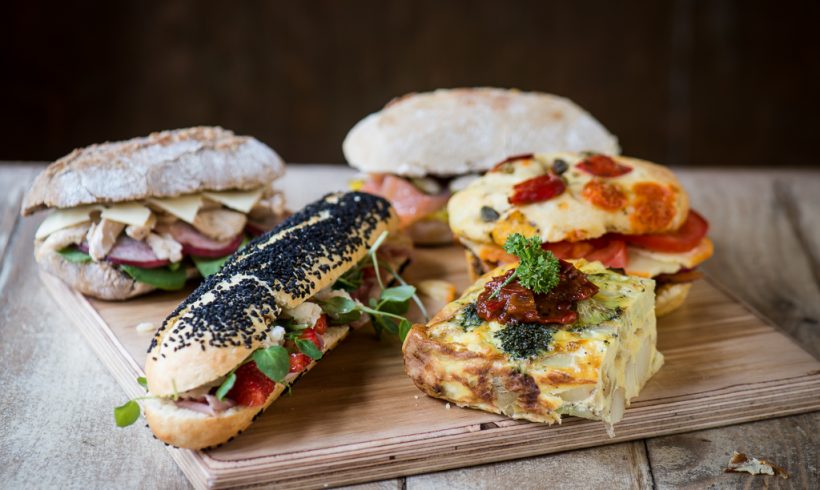 Having visited the 200 Degrees on Nottingham’s Flying Horse Walk and sampled the coffee, food and atmosphere, it’s easy to see why the brand is attracting loyal customers. It mixes a little urban cool with a cosy, warm and welcoming feel, and tops it off with good fresh food and excellent coffee. The brand is not the result of City funding and a big idea to roll out identikit venues across the country, but has grown organically from the passion of two individuals and their expanding team. 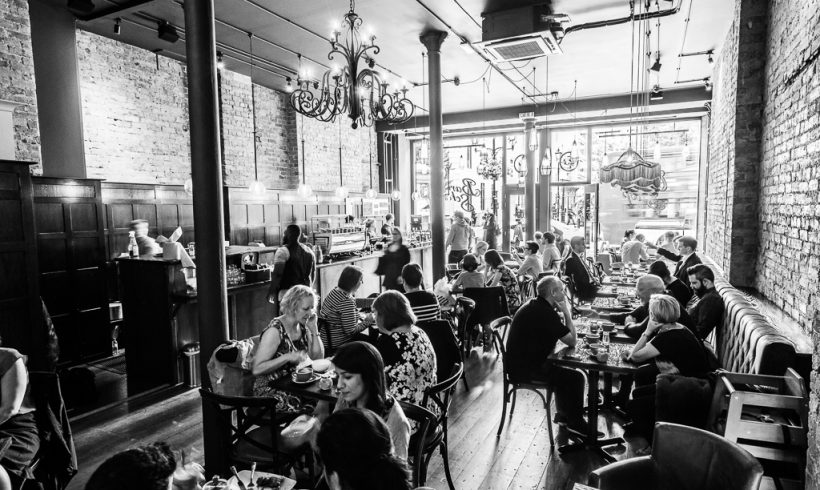 Each 200 Degrees venue has its own kitchen and the menu changes once a week. The food is “New York deli meets London kitchen”, with familiar options spiced up with several more surprising dishes.

Matt Shelton, who guides the creative and marketing elements of 200 Degrees with his firm Drophead, echoes our thoughts: “Everything at 200 Degrees is done to a high standard, whether it’s the interior design, coffee or food. And when it comes to the quality of the coffee, they are obsessive.”

At the place where it all began on Meadow Lane they have just installed a new coffee roaster to treble production. It looks like they’re going to need it…

Leicester 200 Degrees Coffee Shop opens on March 16 at 8am. 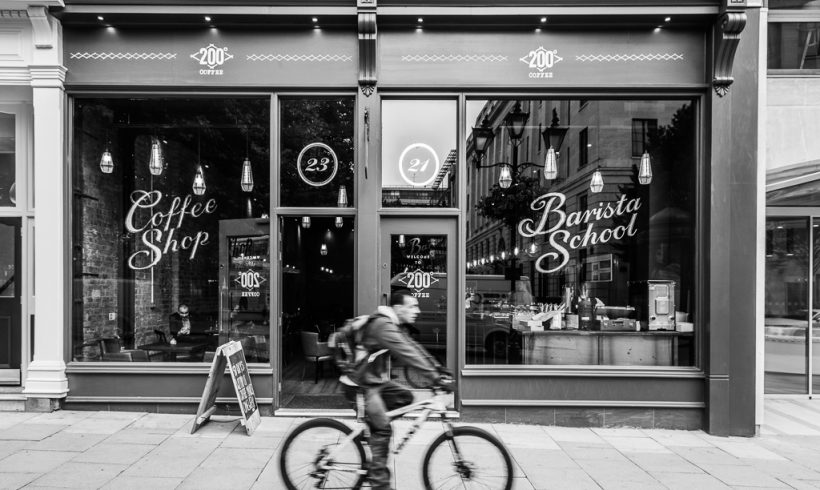