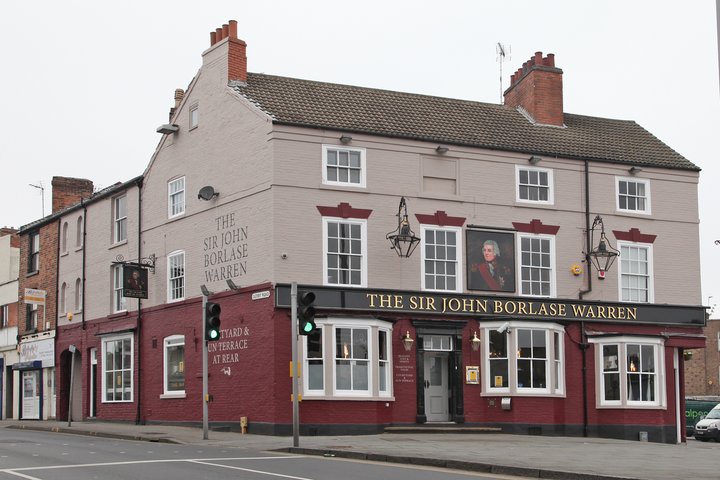 Everyone should know about a great idea that’s reviving pubs

I was down the pub again last week, but this was no ordinary visit. I was in the Sir John Borlase Warren in Nottingham to see a special prize being handed out. CAMRA’s Bill Squires award isn’t shelled out too often – it was last presented ten years ago – and I’m blogging about it because I think the reason it was given deserves recognition beyond the beer world. In fact, I reckon all businesses from banks to bakeries should take note.

Everards Brewery’s Project William was launched in 2007 and, against a backdrop of pub closures and asset stripping by pubcos, it has revived 29 pubs in the Midlands so far. And when I say revived I don’t mean tired boozers getting a lick of paint. I mean boarded-up buildings being transformed into thriving pubs loved by their local communities. Of the 29 resurrected Project William pubs so far, 15 had been closed. Seventeen have gone on to win CAMRA Pub of the Year awards.

But the really remarkable thing is the way Project William works, which isn’t just clever but inspirational too.

The received wisdom in business is that you beat up your competitors; crush them till they’re gone. You certainly don’t work with them. Project William turns this on its head. Instead, you partner – rather than compete against – local microbreweries to succeed.

The thinking behind Project William goes like this: back in 1849, Everards founder William Everard was an up-and-coming small brewer who needed help to make it. Today, many small brewers are trying to succeed just like William was, and if some are to exist in 165 years’ time, they need help too. But Everards also needs help – assistance to run its 180-odd pubs and to bring in fresh ideas. So if Everards works in partnership with energised, first-generation microbrewers, everybody wins.

So what Everards has done is team up with small, local brewers – 10 so far – as well as with people who aren’t necessarily brewers but care passionately about pubs and cask beer. Working together, they look for a suitable pub. Once found, the bigger brewer buys it, refurbishes it and rents it back to the microbrewer or ‘cask ale champion’. But rather than slapping ‘Everards’ signs all over the building, the tenant can brand the pub as their own and sell a wonderfully varied selection of beers, many of them locally brewed. Which is exactly what the customer wants.

So hats off to Everards. They thoroughly deserve CAMRA’s Bill Squires award.