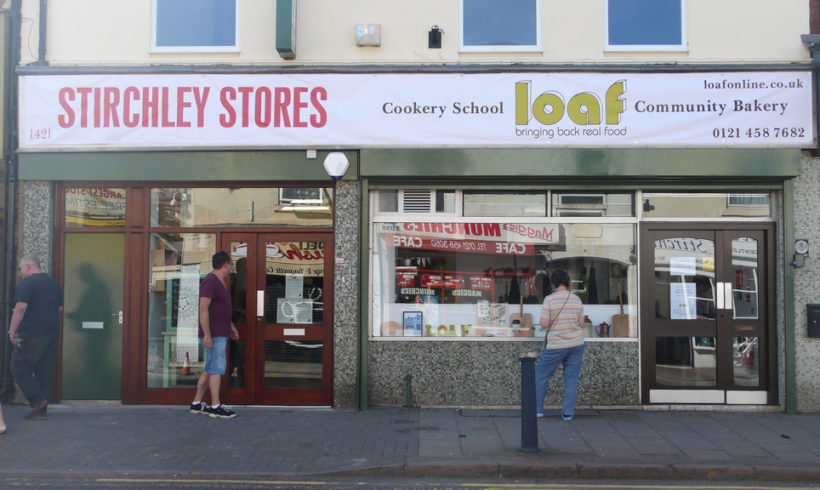 Like most high streets in Britain, Stirchley’s Pershore Road in south Birmingham is up against it. The retailers are swimming hard against an economic current that has been against them for so long. Some are succeeding, finding the right model to suit our brave new digital world, while others are falling by the wayside, leaving a trail of empty shops.

In the late 19th century during the Cadbury family’s exciting development of Bournville, just a short walk away, such decline would have been inconceivable. But with change comes opportunity, and signs of a brighter future are emerging. One is Loaf Community Bakery and Cookery School, which sticks out like a green shoot after a hard winter. Its interior – all stainless steel and wood – is modern and fresh, and the window is plastered with ads for future cookery classes.

Loaf’s arrival on the high street in late 2012 – and its rapid growth since – is down to an innovative and forward-thinking partnership between the brand’s creative founder Tom Baker, and Leicestershire brewery and property owner Everards. More on that relationship later, but Loaf’s positive new presence is hugely exciting in an area where empty shops have become all too familiar, and where fresh, slow-baked, real bread hasn’t been available for years. A beacon of learning and good food, Loaf Bakery might – just might – if more companies like Everards step forward, offer a glimpse of what our revived, post e-commerce high streets will look like.

The Loaf brand was founded in 2009 by 30-year-old local resident and then-NHS nutritionalist Tom Baker, who, passionate about baking and food in general, set up a cookery school in the kitchen of his two-up, two-down terrace home near Stirchley. Around the same time he created his website, Loaf Online, joined Twitter and became a member of the Read Bread Campaign.

His home-based business grew to capacity quickly, and Tom quit his NHS job to start selling his own bread, as well as focus more on his in-demand cookery classes. Inspired by the Homemade Bakery of Slaithwaite, Yorkshire, Tom started selling bread subscriptions. “Rather than just bake and hope people bought,” he says, “I built a list of 20 real bread lovers willing to buy every week and asked for payment upfront. At that point I was baking 50-60 loaves at home every Friday in three ovens.” 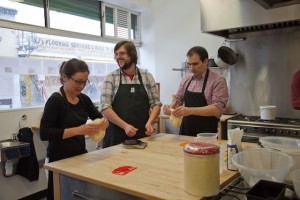 Lots of people were discovering Loaf through its website and Tom’s Twitter feed. Birmingham was, and still is, home to Michelin-starred restaurants, but a growing band of food and drink aficionados – mainly twenty- and thirtysomethings sick of supermarkets and identikit high street chains – were crying out for a grassroots local start-up that lived and breathed their values. Loaf fitted the bill.

Tom explains: “I found a niche because my courses focused, as they do today, on the skills I feel my generation has lost – that used to be part of our food culture – skills like baking, foraging, preserving, fishmongery and butchery.” With courses fully booked up weeks in advance, and Tom’s three home ovens (including one earth oven in his garden) creaking under the strain, if Loaf were to realise its full potential it needed to move from home to high street.

“Everards heard about me through the Real Bread Campaign,” says Tom. “Their MD Stephen Gould called and told me he wanted to buy a property, co-develop it with me, and then give me the keys so I could run Loaf from it.” A little suspicious and on the verge of signing a lease elsewhere, Tom initially said no.

The reason why Everards, a Leicestershire brewery and property owner, had got in touch with Tom relates to its business philosophy and strategy. The family-owned brewery is committed to partnering talented, up-and-coming food and drink businesses to the mutual benefit of both parties. Everards has given this approach the names Project William and Project Artisan. ‘William’ is about partnering small breweries to rejuvenate tired old pubs, while ‘Artisan’ extends the concept to food producers. Everards buys a property, works with the handpicked partner business to redevelop it, and then puts the tenant in the refreshed building while offering business support. It’s simple and ingenious. And when the formula is right, it pays off for both parties. 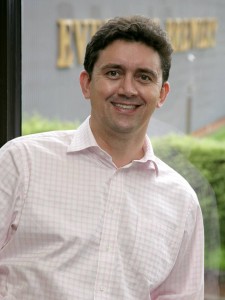 Tom says: “Everards are a family-owned business interested in making long-term gains from property investment as well as brewing. But they choose to do that in a way that enables small businesses, entreprenuers and artisans to evolve and progress at the same time. It’s a win-win for both parties.”

Tom’s initial understandable suspicion of Everards’ out-of-the-blue phone call eventually softened. He explains: “After thinking it through I decided to meet up with Stephen [Gould, MD of Everards] in a greasy spoon opposite what is now Loaf HQ. I told him that I really liked the idea of having a landlord that’s also a food and drink business. I also liked the reputation Everards has for nurturing its tenants and helping them to grow.”

With Tom on board, Everards bought the property that was to become Loaf HQ in November 2011 and developed it in partnership with Loaf’s founder, turning what was a high street sob story into a sparkling cookery school and bakery. Meanwhile, Tom continued to innovate and took his bread subscriptions to the next level. “We decided to invest in our own equipment rather than ask Everards to pay for it all,” he says. “To raise the £25k needed, rather than go to the bank, we went to our community of supporters and said we need you to lend us 25 lots of £1,000 over three years. The deal was that we would pay them back with 6% interest, but the interest would take the form of bread.” 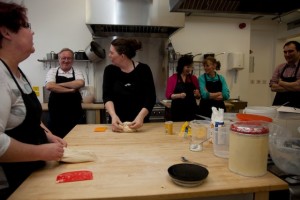 In retrospect, Tom sees the move from home to high street as absolutely critical. “We were at capacity; we couldn’t increase turnover and couldn’t grow. Getting finance is so tough for small businesses at the moment and without Everards, Loaf might still be stuck, or at least stranded in a much smaller property with far less potential. ”

Today, Tom’s cookery courses are fully booked, loyal customers are flocking to buy the wholesome bread, and the Loaf team is being as creative as ever, working with like-minded Birmingham food and drink entrepreneurs, coming up with new ideas, and putting on pop-up events such as burger and noodle nights and a breakfast club. Year One on the high street is going to show a profit, and all backers are in line to be paid back in full. The sky is the limit.

Meanwhile, Stirchley High Street fights on. But Loaf hints at a brighter future and shows what can be achieved when businesses work with, not against, each another. Cadbury knew what it was doing when it invested in Bournville all those years ago, and Everards – another family owned business with a long-term view – clearly believes in the high street, believes in Stirchley, and believes that investing in the long-term future of both will pay dividends. 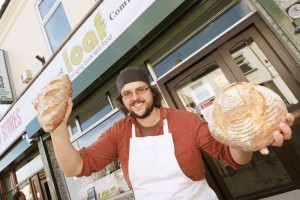 Everards and Loaf are members of Great Food Club