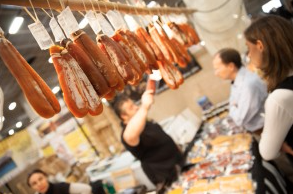 A pilgrimage to the mecca of local food

People have been making pilgrimages to Turin to see its mythical Shroud for centuries. Nowadays the shroud has competition though, as every other year culinary pilgrims undertake the journey to this industrial city in the north of Italy to attend one of the world’s largest food fares, the Salone del Gusto. United by their adherence to the principles of the Slow Food movement, they come to sample the finest produce, discuss the most pressing issues in food policy and generally revel, with near religious fervour, in the pleasure of fine food and drink. 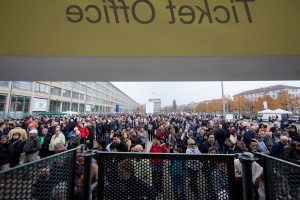 The High Priest of the movement is Carlo Petrini and he is a man on a mission, to change the world, one mouthful at a time. Six months ago I knew nothing about Slow Food but then a friend recommended Petrini’s manifesto, ‘Slow Food Nation: why our food should be good, clean and fair.’ Having devoured it in a single sitting, I was hungry for more and found myself on my own 21st century, Ryanair powered pilgrimage to Turin. 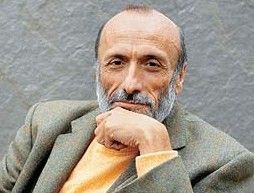 Arriving early on Friday morning, bleary eyed and badly in need of an espresso, I made my way straight to the old Fiat factory, now the Lingotto exhibition centre, were the Salone is held. Anybody who has seen The Italian Job will know it as the building on which the famous rooftop car chase takes place. The first thing that struck me was the size of the thing: nearly a quarter of a million people came this year to see hundreds of exhibitors spread across four industrial-size halls. 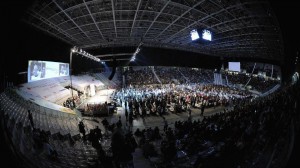 I headed straight for my first tasting: Abruzzian Lamb from Head to Tail. Abruzzo is a mountainous region in central Italy famous for sheep farming since Roman times. The shepherds there lived a nomadic lifestyle, sowing herbs by the side of the road so they could harvest them as they travelled. Indeed, they spent so long away from their wives that the men and women of Abruzzo developed separate dialects. 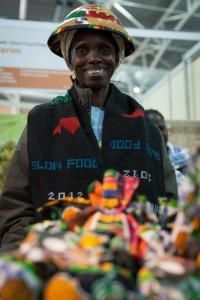 I tasted lamb’s liver served with local honey, offal sausage which had been part steamed and then finished on a barbecue and breast meat simply fried in olive oil and salt; all complemented by wine from the Abbruzian slopes. While we ate, a modern day Abruzzian shepherd explained to us that he will only sell complete sheep to restaurants, on the grounds that food should never be wasted and a good chef must understand and appreciate the whole animal – both key tenets of Slow Food. At the end of the session a man in the audience rose to his feet, declaring passionately, “This lamb has moved me today.” The rest of the group applauded in agreement. 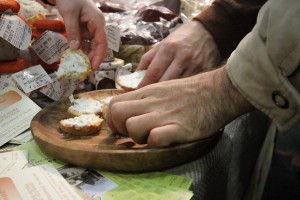 In the afternoon I zig-zagged my way between exhibitor’s stalls, sampling cured pork, smoked cheeses and vinegars. On one stand, Giullia, a farmer from the Piedmonte region, explained how yearly weather variation affected the herbs and flowers that grew in her fields and how this would show up in the flavour of the cheeses she made. Slow Food is big on the relationship between food and the place in which it is produced. One of the movement’s key bodies, The Presidia, scours the planet for traditional farming communities and practices which are in danger of being lost and then supports local people to preserve the food they produce and the natural environment on which they depend. 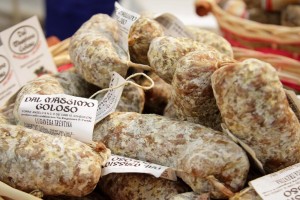 On the Saturday I went to a seminar, one of 56 taking place over the weekend, on sustainable fishing. Tasha Sutcliffe talked about the inspirational This Fish scheme which is working with fishermen in Canada to label the fish they catch. Responsible fish lovers can then type in the code from the fish they have purchased on the website and find out about the species, the fisherman who caught it, and exactly when it was landed. Petrini is a big believer in the power of reconnecting the producers and consumers of food. Andrea told moving stories about how much the fisherman appreciated the messages of thanks from the final consumer; something many of them had never experienced before. 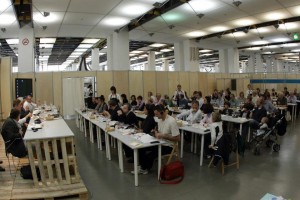 Perhaps the highlight of the weekend was a cheese tasting co-hosted by the University of Gastronomic Sciences in Turin. The cheeses all came from the mountainous Trentino region in the north of Italy. For most of the year the dairy cows there graze on the low pastures but for three months in summer they are moved up the mountain to graze the higher slopes. The results are near miraculous.

Indeed, the cheese which is produced from the cows at this time is so good that the locals hike up the mountain on the day it is released in order to get their hands on it. We were lucky enough to try a year-old version with a robust local chardonnay. The cheese is notoriously tricky to produce and the professor chairing the tasting emphasised that even after years of study they had not worked out how to produce it reliably. He was remarkably relaxed about this. 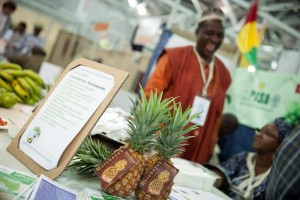 For Carlo Petrini and his followers, food is something that deserves careful consideration but should not be treated over-scientifically. Fundamentally, food is about pleasure and, after a very pleasurable weekend in the company of the Slow Food faithful, I think I may have been converted.