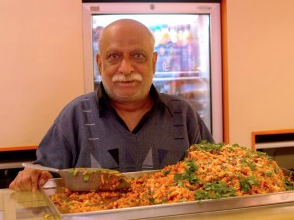 A delicious stroll along The Golden Mile

Left: Suresh Gosai of Sharmilee with some lilo chevdo

Stilton, Red Leicester, pork pies – all products of which the East Midlands can be rightly proud. Here’s another name to throw into the mix: lilo chevdo. This sweet, sticky, spicy concoction may have its roots firmly in India, but for almost 30 years, Leicester – specifically Belgrave Road – has been its UK home. It’s a snack like no other – and draws customers from miles away. 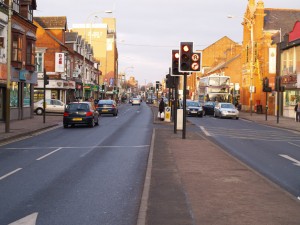 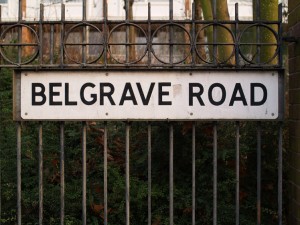 Take a trip along the A47 to Peterborough, a city with a thriving Indian community, scour the many Asian grocers and sweet shops and lilo chevdo is nowhere to be found – this truly is a Leicestershire speciality. Suresh Gosai, one of three brothers who run the Sharmilee restaurant and shop at 71-73 Belgrave Road, has been making and selling lilo chevdo (sometimes called lilo chevda or lilo chivda) since his father opened Sharmilee in 1973. 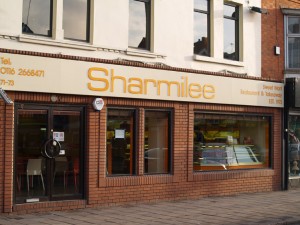 Prepared every Saturday morning – and only for sale at the weekend – it comprises potato chips, peanuts and gram dal (a dried split-pea). These are soaked in a lemon juice and sugar mixture and given a healthy sprinkling of fresh coriander. In summer, pomegranate seeds or finely chopped mango are added. You’ve never experienced ‘moreish’ until you’ve had a spoonful of lilo. 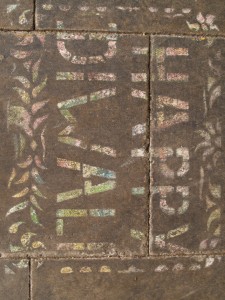 Like most Belgrave Road residents and businessmen, the Gosai family came to Leicester from East Africa – and this has shaped the road, known locally as The Golden Mile – into such a unique shopping experience.

The most well-known establishment is Bobby’s, just over the road from Sharmilee at 154-156. Like its neighbour, Bobby’s is both restaurant and sweet and savoury snack shop and, like the vast majority of Belgrave’s Hindu-run restaurants, is exclusively vegetarian. This isn’t your run-of-the-mill ‘Indian’ restaurant food – you won’t find a jalfrezi or vindaloo on the menu. Try the dahi puris – bite-sized, crisp bread shells, filled with lightly spiced potato and chickpeas, topped with yoghurt, crunchy sev and chopped coriander – an explosion of spice, heat, sweetness and coolness that both takes your breath away and soothes your soul. 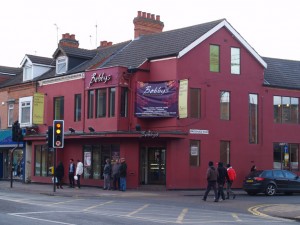 Bobby’s from the outside… 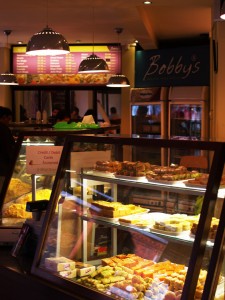 Just off Belgrave Road, at 3a Roberts Road, is Sangam Pan House. Here you will find a constant stream of customers – many visiting every day – getting their pan fix. Pan, for the uninitiated (as I was until recently) is a vine leaf, skilfully wrapped around a selection of dry ingredients such as saffron, cardamom, fennel seeds, coconut and cloves, all stuck together with lime paste and acacia extract. Ingredients vary widely, but the result is an incredibly fragrant and refreshing taste – sometimes swallowed, sometimes, well, not. 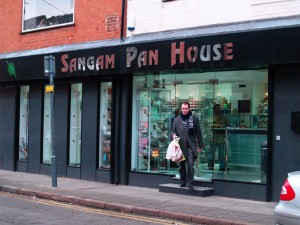 The four pictures below show pan being made at Sangam Pan House: vine leaves are wrapped around dry ingredients like saffron, fennel seeds and coconut. The result is pan, an extraordinary taste sensation. If you haven’t tried it, you should! 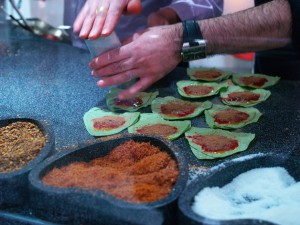 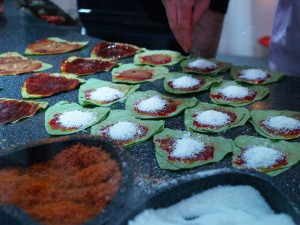 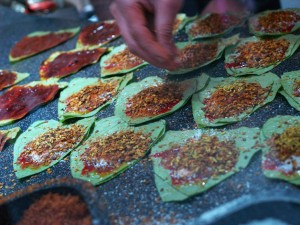 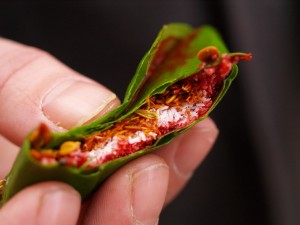 As well as the restaurants and sweet shops, Belgrave Road is rich with clothes, fabrics and jewellery – as well as grocers stocking everything you might need to create your own Indian dishes. One of the best is Popat’s at 160 Belgrave Road (best accessed from the car park on Macdonald Road, down the side of Bobby’s). 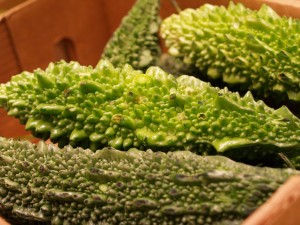 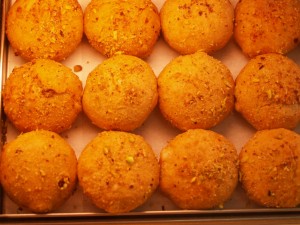 Here you will find everything from industrial-sized sacks of rice and chapatti flour, to possibly the widest range of spices in the region, plus a huge selection of fresh fruit and vegetables. Not sure what to do with a dudhi? Ask the staff – as with everyone you’ll meet on Belgrave Road, they are helpful, friendly and keen to share their passion for good food. In fact, it’s not so much a passion or a celebration – it’s taken as read that food is something to be enjoyed, not just a means of refuelling.  You only have to look at the displays in shops such as Sharmilee and Bobby’s to see how much pride is taken in their produce each and every day. And that’s something we should all buy into. 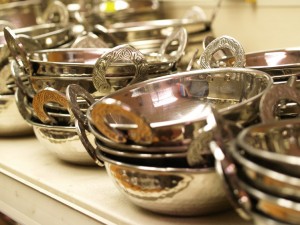 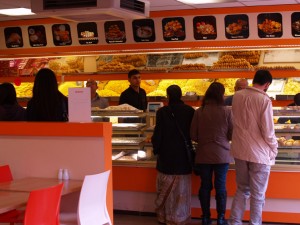 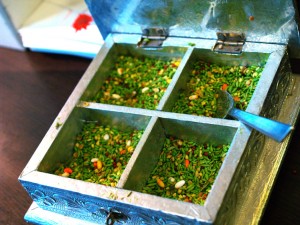 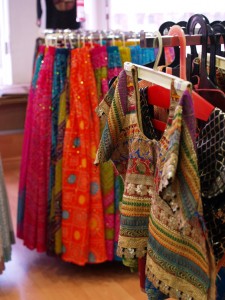 The best bits of Belgrave Road…

The best savouries
Bobby’s, 154-156 Belgrave Road.
The farrari chevdo (a dry mix of potato chips, peanuts, cashews, sultanas, chilli and salt) is a highlight, the buffet good value and the restaurant, particularly the chaats and puris, is of a high standard.

The best experience
Sangam Pan House, 3a Roberts Road.
For 70p you’ll get a taste unlike any other – pan. Yes, it’s an acquired taste, but worth it just to watch the skill involved in creating these perfumed delicacies.

The best ingredients
Popats, 160 Belgrave Road.
Stock up on spices (why not try new ingredients, such as black cumin or dried pomegranate seeds?) and marvel at the range of vegetables. Best place to buy kit to cook them all with is at Milan’s, 88-92 Belgrave Road. 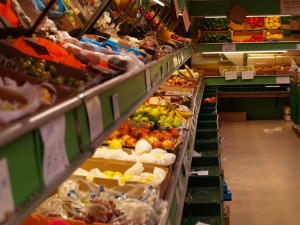 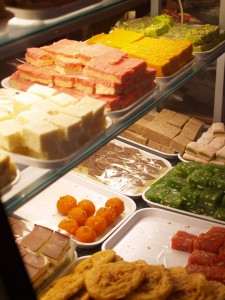 The best restaurant
That, we could not say. Everyone you ask has their favourite, with honourable mentions to Bobby’s and Sharmliee, as well as Sayonara Thali, 49 Belgrave Rd, and Jalsa, 87 Belgrave Rd. The only way to find out is to try them all…