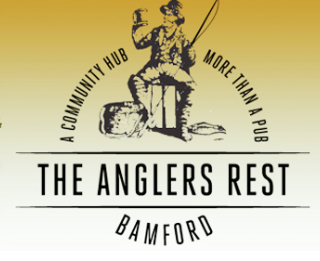 Blog: inspired by a community pub

It is heartening to see the professionalism, support and energy that’s behind the drive to turn The Angler’s Rest in Bamford, Derbyshire into a community-owned pub.

The village community trying to wrest back control of their Peak District pub say their beloved Angler’s has declined over the past 20 years, suffering from a lack of investment by a succession of “disinterested and distant” pubco owners. They believe the pub has for some time been run to serve not the local community but rather the owners’ distant and disinterested financial demands.

The brave new aim is for the village community – and supporters from further afield – to club together to put The Angler’s Rest back into the hands of the people who use it and genuinely love it. The vision is to build a viable business that strengthens both the local community and the local economy. As well as a pub, they want The Angler’s Rest to become a post office and café and to offer bunkhouse accommodation, creating a “vibrant, economic heart of the village”.

And the dream is fast becoming reality. Those driving the project have set out their vision professionally and clearly and have received a huge amount of support from all over the UK. Press coverage has been impressive and they’ve raised over £150,000 so far through 162 share holders. They need £180,000 to achieve their initial goal and a total of around £320,000 to own the pub outright.

I’ll be following this heroic adventure (one of many community pub projects that are taking place around Britain today) with interest and plan to visit The Angler’s Rest as soon as I can. I’ll also be inviting them to join my Great Food Club network.