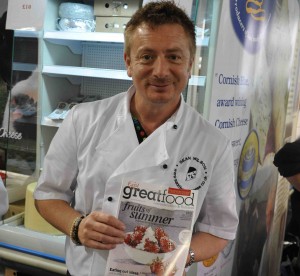 The International Cheese Awards, held July 27-28, 2010 at the Nantwich Show, Cheshire, saw 3230 entries and 300 awards handed out – so many it’s almost impossible to make head or tail of who won what.

What we can reveal is that the Supreme Champion prize, won by Cropwell Bishop’s Blue Stilton last year, was this time taken by an organic parmesan made by the Ferrari Dairy in Lodi, south of Milan, Italy, and distributed in the UK by Bradbury & Son.

On wandering into the massive cheese marquee at the Nantwich Show – home to the UK awards since 1997 and the location of a cheese show for 113 years – you’re met by tables and tables crammed with cheeses of all shapes and sizes.

There were also numerous stands manned by major supermarkets keen to get in on the cheese action, plus stands from large manufacturers such as Cathedral City. Several smaller producers like Lincolnshire Poacher and Leicestershire Handmade Cheese Company were also present.

So many samples of irresistible cheese were on offer that it was a serious challenge to go home feeling well.

Cropwell Bishop mopped up several prizes in the Blue Stilton section, while Long Clawson Dairy – who had a fantastic, Indian-themed stand (see picture below) to promote their paneer – won numerous rosettes along with Quenby Hall.

A full list of results will be published here as soon as we can get hold of them.

For those wondering, Sean Wilson – Corrie’s Martin Platt for 20 years – owns The Saddleworth Cheese Co of Inglewhite near Preston, Lancs, and makes a variety of cheeses including How’s Your Father and Smelly Apath. 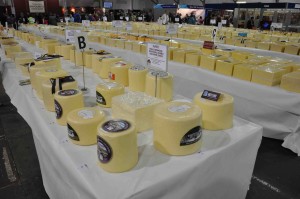 Quite a lot of cheese 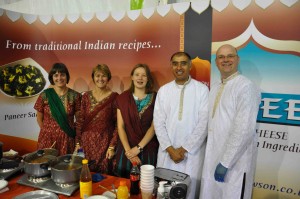 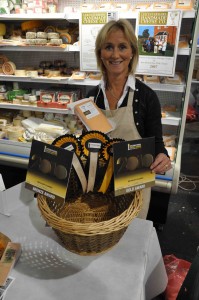 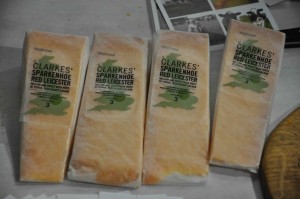