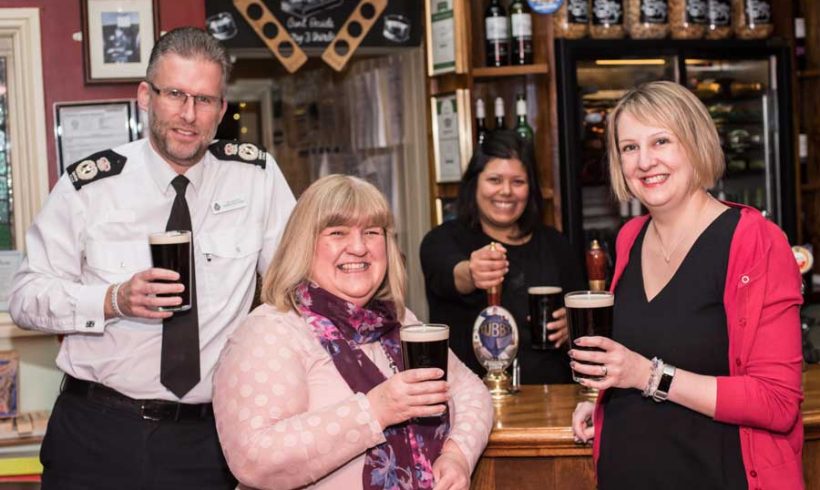 Everards has handed over a £1,800 cheque to the charity COPS (Care of Police Survivors), which is dedicated to helping the families of police officers who have lost their lives on duty. The money was raised by Everards donating 5p from every pint of Tubby sold in pubs in November. The beer was specially brewed to commemorate Leicester PC 83, John William “Tubby” Stephens, who served for 22 years with Leicester Borough Police Force.

Chief constable Simon Cole QPM said: “I am delighted this special beer brewed in memory of an iconic Leicestershire police officer has raised such a significant amount for charity. COPS is close to the hearts of everyone who works for the police because it supports the families of officers who have died in the line of duty. This donation means a great deal to us all.”

The beer was hugely popular with pubs, where customers enjoying a pint of Tubby found inviting layers of vanilla and blackberry in this dark ale – a beer Tubby himself would have enjoyed!

COPS has helped many families, including Sarah Everitt’s. Sarah lost her husband Bryan Moore who, together with his colleague Andy Munn, was killed while on duty in 2002. Widowed and with three children under 13, Sarah found the support from COPS invaluable. She said: “COPS was an absolute lifeline for us as it put us in touch with people who were in the same situation. No one else can understand what you’re going through like someone who has been there. COPS is about survivors supporting each other; they help the whole family and become a strong network of friends. We all get involved in fundraising for this great cause – my children are currently organising the next cycle ride for the cause.”

For those who missed out, Tubby will be back on the bar this May – so make a note in your diary!