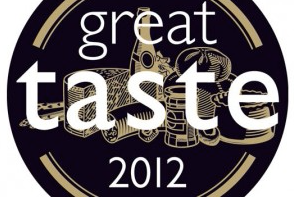 The Great Taste Awards 2012, run annually by the Guild of Fine Foods and decided by a team of over 350 judges in blind tasting sessions, were announced recently. Several Midlands producers picked up stars.

DERBYSHIRE
Thornbridge Brewery has more awards than beer barrels and has become one of the darlings of the British brewing renaissance. This year it scooped not one but two Triple Gold gongs for its universally acclaimed (and devilishly strong) Jaipur IPA and for a brew called Kill Your Darlings. It also grabbed Two Golds for Bracia and Raven. The only other Derbyshire producer to score above one was Croot’s Farm Shop, nabbing a brace for its smoked back bacon.

LINCOLNSHIRE
Stamford Garden Centre won a rare Three Gold Stars (one of only a handful in the country) for its haslet and an impressive Two Stars for its Lincolnshire sausages. Fellow Lincs producer and Great Food Club business Redhill Farm Free Range Pork grabbed double gold for its Oak-Smoked Pancetta and Free Range Belly Pork. In addition, Liz Ives, a gluten-free baker from Market Rasen, took two golds for her Golden Ginger Cake.

WARWICKSHIRE
There was one Three Gold Star winner from Warwickshire and it’s something of a surprise: Pershore College makes its own fruit juices and ciders, and it bagged a top award for both its Organic Cider and its Concorde Pear Juice. Meanwhile, The Teahouse of Henley-in-Arden grabbed Two Gold Stars for both its Jasmine Silver Needle tea and its Phoenix Oolong. Monsoon Estates of Stratford-upon-Avon won Two Golds for its Nicaraguan Maragogype coffee.