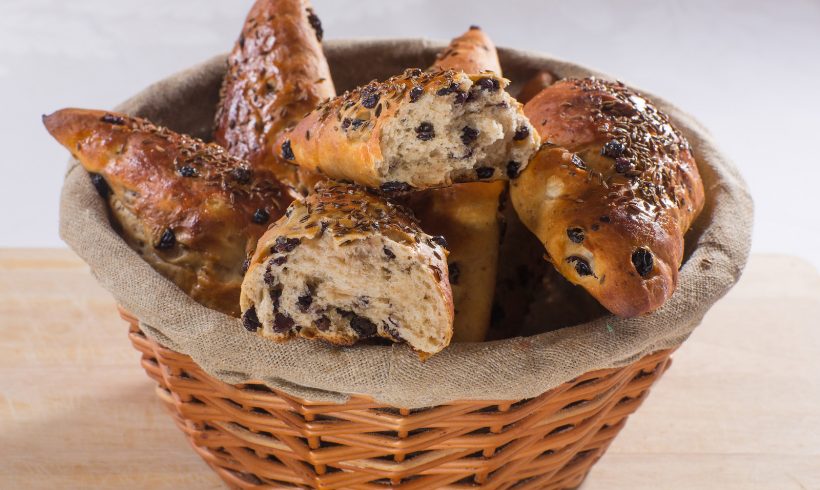 Rutland’s Hambleton Bakery has launched a brand new version of a very traditional Rutland product: ‘Plum Shuttle’. It is believed that this is the first time Plum Shuttles have been produced commercially since 1890.

Hambleton Bakery owners Julian Carter and Tim Hart dreamt up the idea as way to contribute to the county’s 20th anniversary of Rutland’s independence celebrations.

The limited-edition Plum Shuttle is available from March 16 to April 30, 2017, in any Hambleton Bakery store for £1.50. Stores are located in Exton, Oakham, Stamford, Market Harborough, West Bridgford and Oundle. For addresses and opening times, click here. All of the bakery shops stock the full range of artisan breads, cakes and savouries.

How it is made…

The Plum Shuttle is a yeast-leavened bun made in an oval shape, said to mimic the shuttle that the hand-weavers of the Vale of Belvoir used. The dough is enriched with butter and currants flavoured with ginger and caraway seeds. The buns are made like bread: kneaded, risen, knocked back and kneaded again, then glazed with beaten egg. The ingredients are plain flour, currants, butter, salt, yeast, warm water, warm milk, egg, ginger and caraway seed.