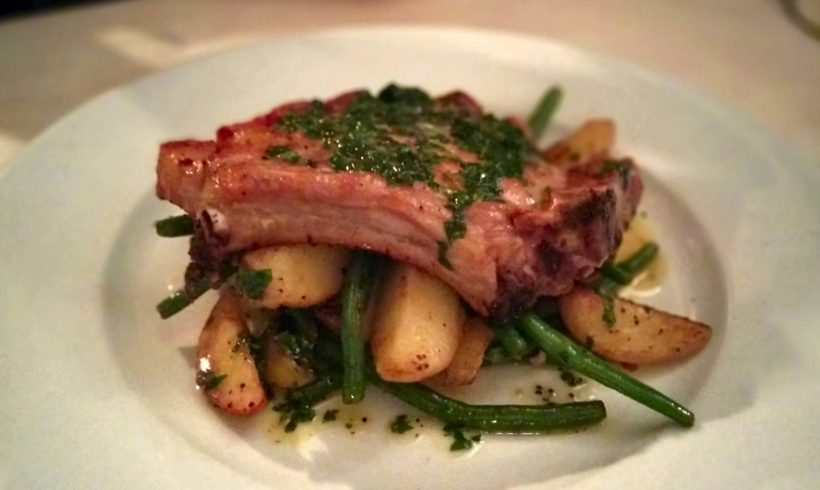 Last June, dining pub operator Peach Pubs closed their Leicester city centre venue The Almanack, declaring with something of a flounce that Leicester was “unsuited” to gastro pubs.

They may have had something of a point – with the possible exception of the Orange Tree group, there’s not many bars or pubs in the city that you would pick on account of their food. But surely that should be a challenge to an operator to get it right? There’s no shortage of Leicester people happy to eat out if you get the formula right.

So it’s excellent news about the appearance of The Queen of Bradgate. This is one of a pair of very low rent megaboozers that opened on High Street at the edge of the Highcross development and quickly shut because, well, they were horrible and located 20 yards from a Wetherspoons who do that schtick very well. Since then the pair have really stunk out one end of High Street, so it’s marvellous to find the new operators are Moleface, who operate several good dining pubs in Nottingham including the Larwood and Voce at Trent Bridge, The Wollaton Pub and Kitchen, The Lord Nelson at Burton Joyce and the Royal Oak in Radcliffe on Trent.

While the outside of the pub has just really been given a wash and brush up, inside there’s a range of zones, including semi-formal dining area, a bar with high stools and a cocktail bar vibe and another with quirky soft furnishings that will eventually be a showroom for an “upcycled” furniture business.

The best news of all is that on a couple of visits during the pub’s soft launch period I found the food well-cooked and full of flavour. The lunchtime chilli came in a mess tin and was made from long, slow cooked shin of beef, not your usual gristly mince. Then there was a seriously tangy guacamole, rich and thick sour cream and crunchy homemade nachos. The ham hock and gruyere fritters were well-made and tasty, though could have done with more than a smear of mustardy hollandaise, while the pork chop with apples and cider was a simple, rustic joy.

Vegetarian friends were initially a bit dismayed by a lack of choice but a chat with staff soon rustled up a few more options and the resulting choice – a take on pasta primavera – was deemed hugely impressive. It doesn’t shout out loud about provenance and seasonality but it’s good to see, for example, the breads come Clarendon park’s recently-launched Tiny Bakery.

The Queen of Bradgate is not going to keep the Olive Branch awake at nights, but on the evidence so far there is a chef backstage who really likes food and wants people to enjoy it. You don’t always get that in a city centre pub.

There’s also a good selection of beers from the likes of Freedom and Meantime Breweries and, locally, Castle Rock and Oakham plus a selection of Belgian and other bottled beers.

It’s going to be a challenge to shift perspectives and get restaurant diners to dine in a pub and pub drinkers to spend a bit more on eating out, but the Queen of Bradgate has a fighting chance. Maybe that notion of Leicester as a bit of a culinary desert can be yet be overturned.