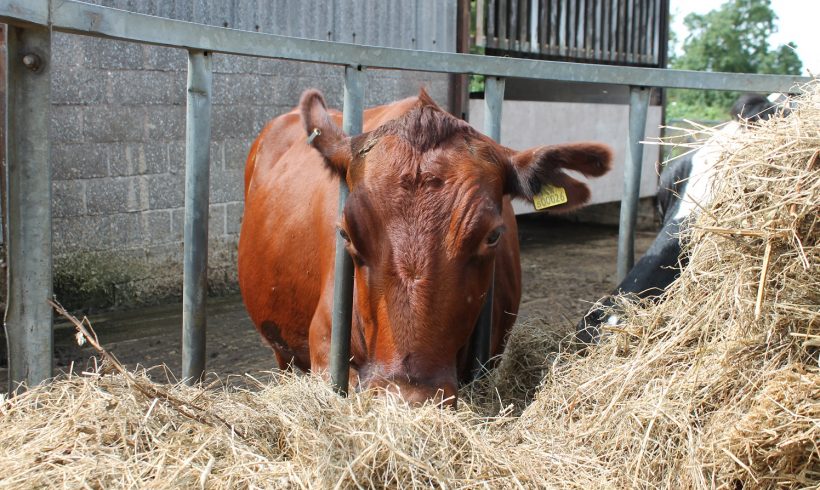 It’s bit of a cliché for a small-scale, independent producer to claim that their organic alfalfa sprouts or whatever “taste like alfalfa sprouts used to”. However that is the entirely accurate bottom line when it comes to Stones Dairy and its raw (unpasteurised) milk, butter and cream.

Farmer Matt Stone and wife Katie may only have three cows just now – two Friesians and a Red Poll – but the herd is shortly to double in size. Currently everything they make disappears almost immediately through sales at the farm gate and the occasional car booter and farmers’ market to people desperate to get that old-fashioned flavour.

Matt’s family have been dairy farmers in Ratcliffe-on-the-Wreake from time immemorial and though they sold the family farm when he was 10, the young Matt never wanted to do anything else. When five years ago he found the semi-derelict White House Farm in Keyham, just a couple of miles from the boundaries of the city of Leicester, he made the jump. Initially he was going to do standard contract milking but he got let down. Going it alone with small-scale production of quality produce became more appealing.

Now Matt works daytime as a herdsman for someone else while, with the help and support of friends and family, they build up their raw milk businesses. The little dairy parlour, immediately adjacent to the cows’ barn and with its simple, traditional equipment like the butter churn is the perfect antidote to impersonal agribusiness and supermarket conformity.

The milk has a full flavour and a much cleaner feel in the mouth. “You can use it just like pasteurised milk, though people get through more of it because it’s far more palatable to just glug it back,” says Matt. “People with allergies and sensitivity also seem to find it much easier to digest.”

The cream and the butter are exceptionally good too. The extra-thick double cream is perfect with a bowl of local-grown strawberries, while the butter is so good on toast you really don’t want to spoil it by putting on anything else.

Pasteurised milk is heated to around 70ºC degrees, killing off the bacteria, including all the good stuff. It was introduced when disease was rife but today raw milk is a safe product – Matt’s kids have it all the time. To sell it you need a special license and are subject to a hygiene regime triple that of other dairy farms.

“We’re tested weekly,” says Matt. “And we’re small so we know each of our cows really well – we can keep on top of everything.”

Many of their regular customers are from Eastern Europe and the Middle East, who crave the produce because, yep, “it tastes like it used to back home”. Ironically perhaps, the Brexit vote has also seen a boost with more people thinking about supporting local businesses. Many regulars drive from all over Leicestershire, Rutland and beyond.

Stone’s milk is currently available in one and two litre bottles for £1 a litre, the butter at £3 for 200g and cream at £150 for 200ml. You can call in at the farm on Ingarsby Road, Keyham, but it’s best to order ahead by phoning 07883 471865. Watch out soon for other products including ice-cream, yoghurt and buttermilk. For more information see www.facebook.com/stonesdairy