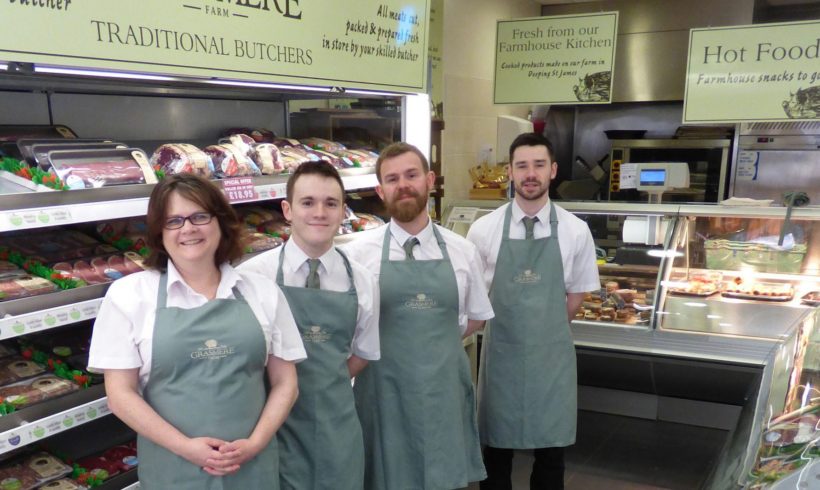 Grasmere Farm Traditional Butchers’ Shops, owned and run by Stuart Stables, have been awarded membership of an elite club – the Butchers Q Guild.

You may not have heard of it, but membership of this elite group is only offered to the very best UK butchers. Currently, just 110 members across the country have received the Q Guild seal of excellence. Grasmere Farm has shops in Market Deeping, Stamford and Peterborough.

The Stables family has farmed land around Deeping St James in south Lincolnshire since 1969. Stuart Stables started making his own traditional Lincolnshire sausages in the early 1990s. They proved popular and he soon diversified into other pork products, before launching the first Grasmere Farm Traditional Butchers’ Shop in Market Gate, Market Deeping in 2007, followed by a second shop in Stamford High Street in 2010 and a third in Westgate Arcade, Peterborough in 2014. 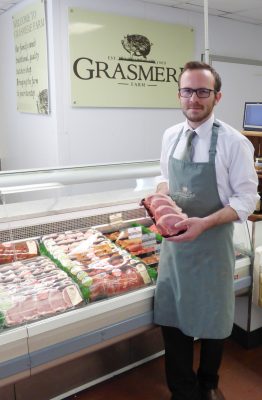 Grasmere Farm describes itself as a family butcher with a passion for providing customers with delicious, tender cuts of meat.

The team are no strangers to accolades, having picked up many awards for their flagship sausages and traditional dry-cured bacon. Industry gongs include a coveted Bacon Connoisseurs Week Award for its sausages in the bi-annual Lincolnshire Poacher Competition, along with the title of Lincolnshire Pride Food Hero 2015.

As well as its retail shops, Grasmere Farm continues to sell its products at regional weekly farmers’ markets. It also runs an online shop, along with outside catering and hog roast hire.

As a Great Food Club member, you can enjoy 10% off purchases of these wonderful products if you spend over £30 in the Market Deeping and Stamford shops. Just show your membership card.