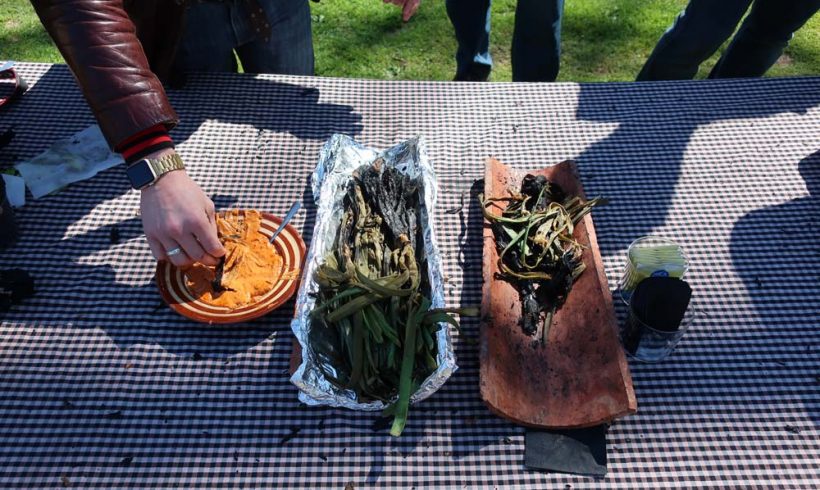 There are lots of good things to be said about a food scene with a wide range of influences. London, especially, has the most diverse set of food cultures anywhere. But at what cost?

On a recent jaunt through Catalonia, I realised few things are specifically described as “sourced locally”. Because they always have been. Referring to an ingredient as “local” would be like calling the sky blue.

And yet one can find such an abundance of food that provides a welcoming sense of place. One of Catalans’ favourite specialties is calçots – a Catalan term for spring onion. But there’s more to it than that. Don a bib. Grill spring onions at their season’s peak to within an inch of their lives. Peel away the charred coat. Dredge in romesco. Tilt the head back. Lower the entire thing into the mouth. Off you go.

What else is there? How about escalivada – a dish of grilled peppers, aubergine, and anchovies. Cap i pota, translating to the ‘head and leg’ of the pig, but generally meaning a stew of everything in between which hasn’t made it into the jamon or chorizo. Suquet de piex, a stew once made with the bits the fishermen couldn’t otherwise sell. Pa amb tomaquet, a pretty much de facto part of any meal, where sliced tomato is rubbed over bread with some olive oil and salt. Like many Catalan dishes, it harks back to peasant grub.

Oh, I almost forgot the caracoles. Snails, these are, cooked in tomato, garlic, and paprika. They have their own festival for them, where 12 tonnes of gastropods are consumed. But then, the Catalans have a festival or moment of celebration for just about any food. Artichokes, tuna stew, figs, almonds, mushrooms, chestnuts, cured meat, wild boar. And the rest. 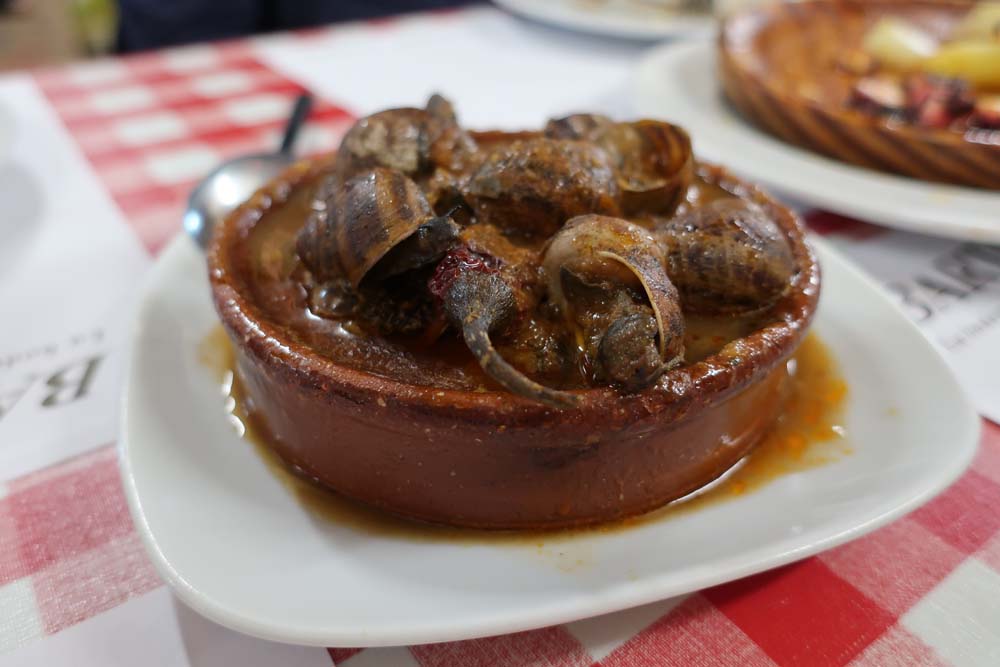 Some of these simple delights can be had in old corners of Barcelona. Like the wonderful Bodega Bartoli, where the servers (quite rightly) swing you incredulous looks if you haven’t tucked away all your tripe soup or grilled octopus. It’s the sort of reaction your mum once gave you when you barely touched the broccoli.

But speaking more contemporarily, within the past several years the philosophy – if you can even call it a conscious one – of localism has extended to beer, too. Catalonia has only recently been known as a craft beer-producing region/country, but in some instances they’re head and shoulders above everyone else. Lo Vilot, who’re based in the countryside outside the city of Lleida, are one of the very few craft breweries in Europe (if any) to painstakingly plant their own hops, grow and malt their own barley, and cultivate their own yeast. Ales Agullons, an operation run by one man who, inspired by The Wolf Brewery in Norfolk, converted much of his farmhouse into a cask beer bar and brewery with its own, relatively comprehensive, barrel-ageing setup that puts out some of the best lambic between here and Cantillon. 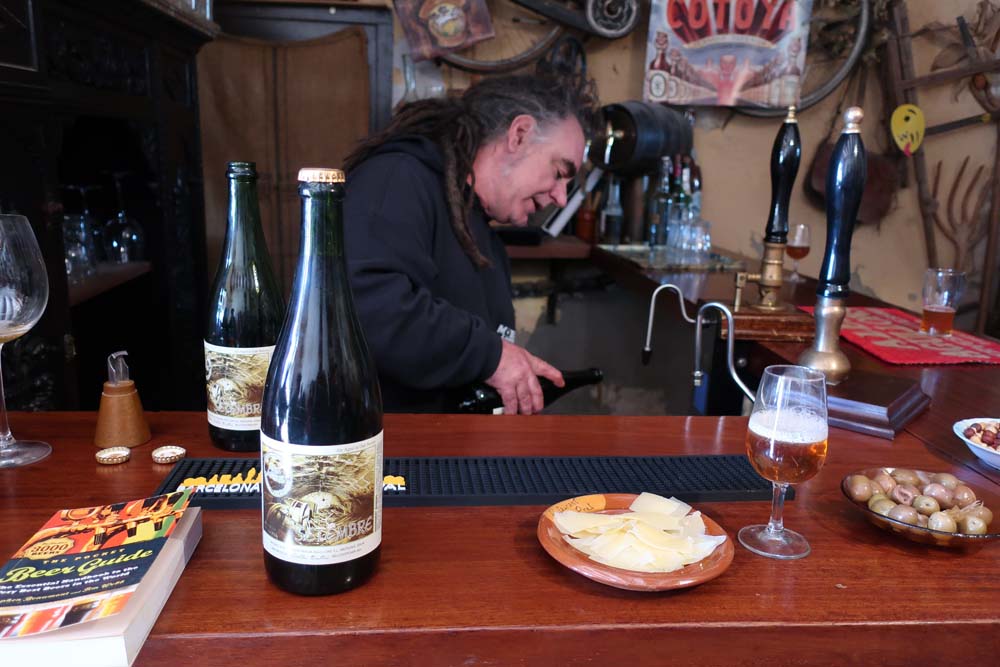 Then there’s La Pirata – an incredibly versatile brewery found in an industrial estate in a tiny town north of the Sant Antoni reservoir which, despite this, attracts hundreds of locals when its taproom opens each Friday. Maybe it’s no coincidence these guys happen to be the best brewers in the country.

Sure, we love to shout about localism in the UK. We’re always wanting to feel better connected to Britain, whether our own patch or in its entirety. But when will we get to the real point, where instead of if it being a thing, it just is?

This post was put out after a trip organised and paid for by the Catalan Tourist Board.