Michelin PR man urges chefs to go for it 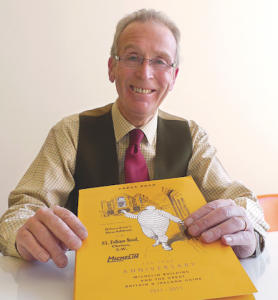 A successful Leicester businessman who works closely with Michelin thinks local eateries must aim higher if any is to achieve a Michelin Star.

John Harris, foodie director of Leicester media agency Rock Kitchen Harris, which has Michelin on its client roster, said that although Leicester’s and Leicestershire’s restaurants are heading in the right direction, most are well off the pace when it comes to chasing the pack of 143 UK and Ireland restaurants with one or more Michelin Stars.

His comments came after the launch of the 2011 Michelin Guide, in which 14 Leicestershire pubs, hotels and restaurants were listed but none were awarded a Star (click here for a downloadable Michelin map). In neighbouring Rutland, Hambleton Hall of Hambleton and the Olive Branch of Clipsham retained their single Stars.

“Leicestershire’s eateries have got to aim higher,” said Harris. “When Michelin visit our offices in Leicester I don’t know where to take them out for lunch. It’s embarrassing.

“It’s high time an ambitious county or city pub, hotel or restaurant – new or old – nailed their colours to the mast and went for gold. We have such good food heritage here and it’s a shame we can’t back it up with a Star, or Stars.” 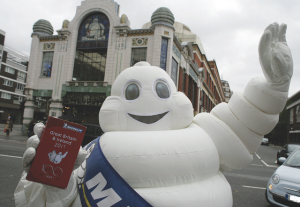 Nottingham boasts a Michelin Star in the form of Restaurant Sat Bains, Derbyshire has Fischer’s of Baslow, and Birmingham has three Michelin Starred venues.