The Olive Branch is the Midlands’ best value Michelin Star 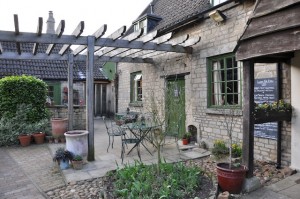 The Olive Branch – part of Great Food Club – has been named third-best-value Michelin star venue for lunch in a UK league table of 129 restaurants published this week.

The Olive Branch narrowly missed the top spot (behind the Hand and Flowers, Marlow, and Ockenden Manor, Haywards Heath) with its bargain £16.95 two-course lunch. The pub is number one for Michelin Star value in the Midlands.

The country pub has held a Michelin star since 2002 and prides itself on supporting local suppliers and using the best seasonal produce in daily changing menus.

The accommodation arm of The Olive Branch, Beech House, also received an accolade this year after being named best ‘restaurant with rooms’ by the Good Hotel Guide 2012.

Co-owner Ben Jones said: “Our high position in the table is great news and shows we are achieving what we have always set out to do – share our passion for good quality, variety and value.” 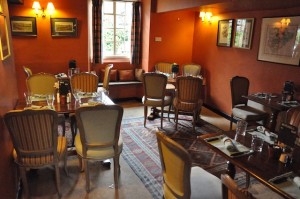 Dining room at The Olive Branch