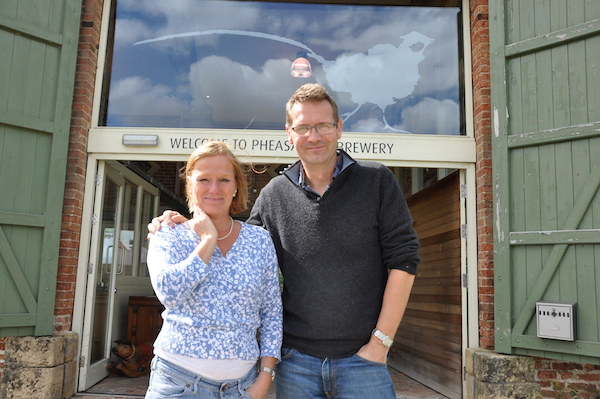 NB. Please note that the restaurant at Pheasantry Brewery is now closed, although it is available to hire. This article below was written when it was still open.

A microbrewery that serves food and drink isn’t a new concept. Near Great Food Club HQ there’s All Saints’ Brewery in Stamford, where Samuel Smith’s fruit beers are made; the award-winning Grainstore Brew Pub in Oakham; and Oakham Ales’ Brewery Tap in, confusingly, Peterborough. Also, there’s Nene Valley Brewery’s Tap & Kitchen at Oundle Wharf, Northants. And since 2012 another contender has been both cooking and brewing: Pheasantry Brewery Restaurant & Cafe in East Markham, just off the A57 between Newark and Lincoln. 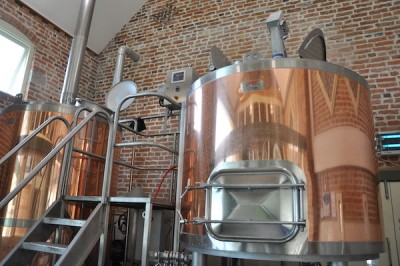 In August, Pheasantry Brewery won a Gold Medal at CAMRA’s Great British Beer Festival in London, meaning its Best Bitter is the finest in its category in the UK. That’s an impressive feat, and I’d heard good things about the food too, so I decided to visit.

Where Pheasantry Brewery differs to the places mentioned above is that it is completely rural, situated on a working family farm. It was purpose-built in 2012, so although it is in an old converted threshing barn, it feels modern and spacious inside, with the brewery on one side of the building and the restaurant/café/bar on the other. It works brilliantly and if anyone is planning a wedding, I would urge you to visit Pheasantry Brewery. The courtyard and sizeable, tranquil beer garden make it an ideal space for a party. 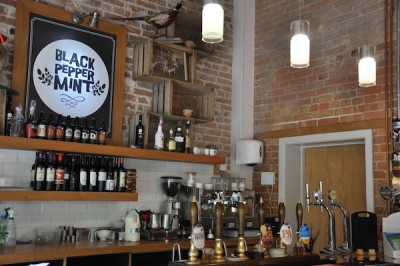 “Because we’re on a farm, we wanted to take a similar approach to that of a vineyard,” says founder Mark Easterbrook, who runs Pheasantry Brewery with his wife Mary. “Vineyards often have cafes and restaurants attached, so that provided a template. This is a 4,000 acre farm and we grow up to 944 acres of malting barley, so also like a vineyard we grow the raw ingredient for the drink we produce.”

Never mind the beer, Pheasantry Brewery’s bright and airy restaurant/café would be worth a visit even if you had no interest in ale whatsoever. It is run by Lincoln-based caterer Black Peppermint (another reason why it’s perfect for a party) and the focus is on tasty, locally sourced British food. It’s got a decent wine list too. 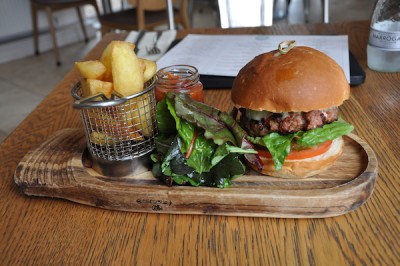 The menu offers mains such as Pheasantry minced bacon and beef burger in a brioche bun with Lincolnshire Poacher cheese, triple-cooked chips and homemade relish; or seared seabass with butter beans, baby spinach, chorizo, goat’s cheese and micro coriander; or roasted chicken breast with prawn aranchini, stir-fried yellow peppers, peanut massaman and fondant potato. Pork from award-winning Redhill Farm in nearby Gainsborough is used extensively. And there are also tapas-style options (three for around a tenner), which include blow-torched salmon; or ham hock with crispy hen’s egg and Pheasantry Brewery’s own piccalilli. 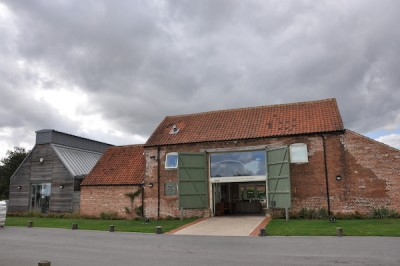 The quality of the cooking and ingredients is excellent. I chose the minced beef and bacon burger, which came with a wonderful homemade relish loaded with capers and gherkins. As well as being delicious, the bun was solid enough to hold everything together without disintegrating, which is fundamental to a good burger.

And with the great food, you can of course enjoy the wonderful beer, brewed just yards away. Of his recent CAMRA UK Best Bitter Gold Medal, Mark says: “Winning was a surreal moment. We were up against 18 brews including Timothy Taylor’s Boltmaker, last year’s overall Champion Beer of Britain.” 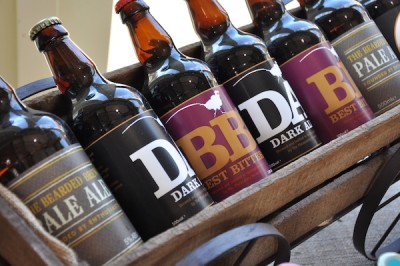 That’s a fantastic achievement, and to celebrate, Great Food Club members can get a free pint of Pheasantry Best Bitter with any main dish ordered in the restaurant (valid for up to six per membership card). More info here.