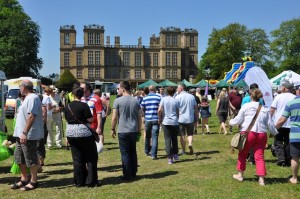 It was a stunningly sunny weekend for 11th annual Derbyshire Food & Drink Festival. Great Food was there on the Sunday. Around 13,500 people attended over the two days. 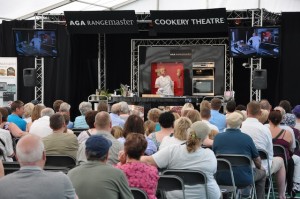 Inside the Cookery Theatre 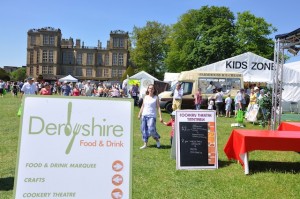 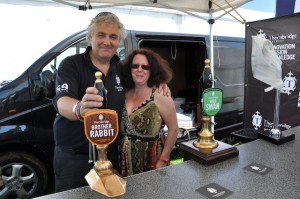 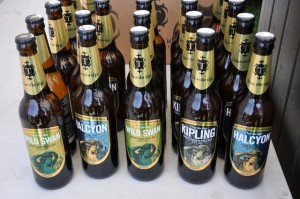 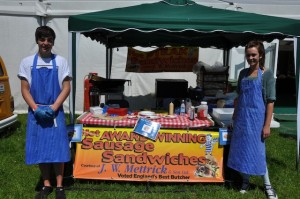 Olivia Forshaw and Jamie Cowle from Mettrick’s Butchers (outlets in Glossop and Hadfield). 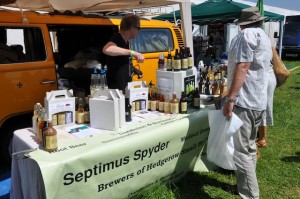 Roger Schmid of Septimus Spyder, Burton on Trent, serves customers. Septimus Spyder describes itself as a ‘Medieval Brewhouse’, making drinks such as ‘Celtic Cauldron’ and Sarsaparilla. 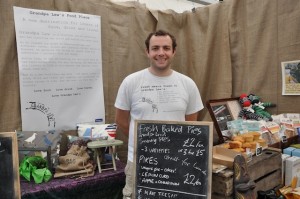 Kyle Martin mans the Grandpa Lew’s stand. We are told Grandpa Lew is a “traveller and an adventurer who has sailed the seven seas, gathering recipes and products from every corner of the world.” 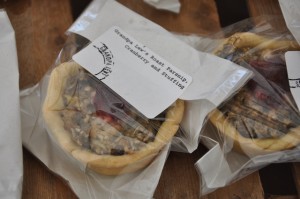 One of Grandpa Lew’s many products. 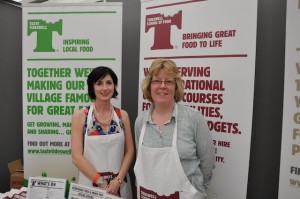 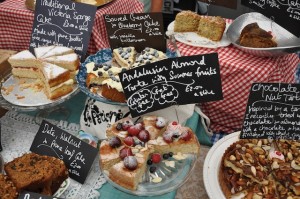 Delights on the Patisserie Lola stand. 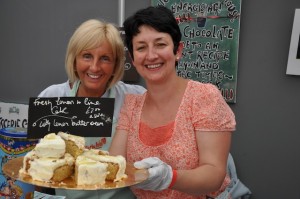 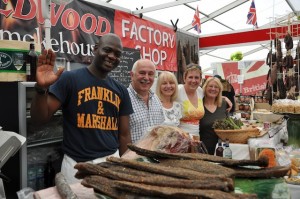 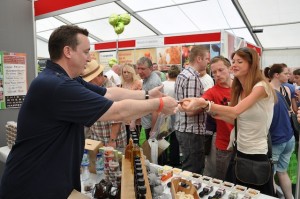 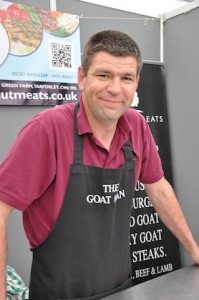 Tim Dobson is The Goat Man from Cheshire’s Chestnut Meats. 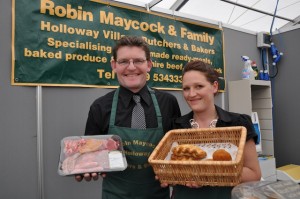 Brother and sister John and Emily Maycock from Maycock’s of Holloway near Matlock. 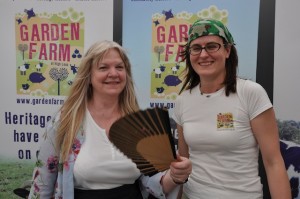