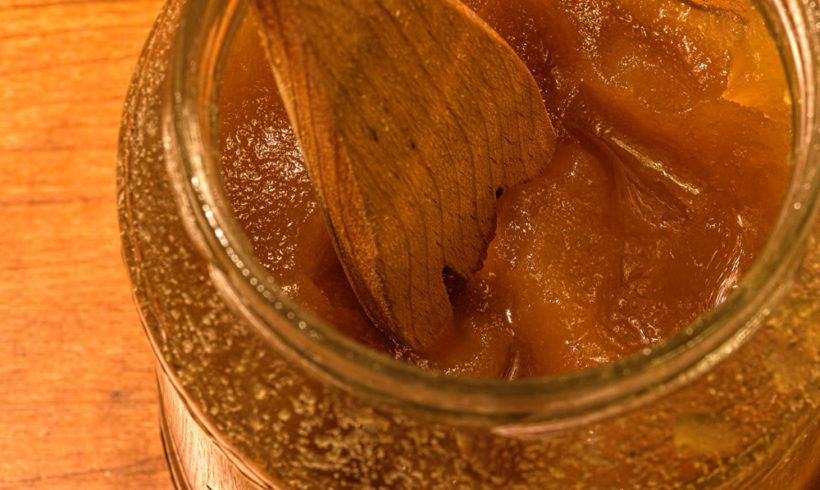 Ondine Barry has been living sugar and gluten free since January 2014 – and has been chronicling her journey in “Fabulously Free”. this month, Ondine looks at the advantages of sugar alternative raw honey – and chats to Scott Davies of Hilltop Honey.

As someone who’s been living refined sugar-free for the last 8 months, I have tried and tested numerous kinds of sugar alternatives (see my Blog post about it here), some to great success and some not.

My favourites are medjool dates – plump, darkly sweet and moist, they are precious little gems of deliciousness and great for baking too – and organic maple syrup – a wonderful addition to almost any dessert (drizzled on breakfast bowls or added to green goddess smoothies) and a great sweetener to main meals (combine it with ginger and soy sauce for an excellent Chinese-inspired sauce) and salads (add to tahini, lemon juice, garlic and cider vinegar for my favourite dressing).

But both of these come from far away (the Middle East and mainly Canada, respectively), so if you’re conscious of food miles and carbon footprints, they’re not the best choices.

But raw honey is simply one of the best foods – not just sweeteners – there is, and you can now buy raw honey from British bees cultivated by British bee-keepers. It is, according to many, a ‘super food’ as it contains protein as well as an amazing amount of antioxidants, vitamins and minerals, and is the only food source in the world that you can survive on alone (with water of course!).

So what is raw honey? ‘Raw’ in terms of honey means that it’s only minimally processed (aside from a very ‘coarse’ filtering to remove any wax or bee wings that may be mixed in) and heated up only to a maximum temperature of 38-39˚ C (the average temperature of a hive, aside from in winter when it can drop down to 12˚ C). This ensures that all of the enzymes and antibacterial properties found in its natural state are still live and inside the honey. Heating honey higher than 38-39˚ C kills off the enzymes and antibacterial properties, which is what happens to most commercially produced honey (and honey not labelled ‘raw’).

The benefits of eating raw honey are numerous: The enzymes in raw honey contain antioxidants, which are known to help fight cancer, chronic diseases and cellular damage, and can help neutralize the effects of ‘free radicals’. Raw honey also has numerous vitamins and minerals, such as zinc and selenium, which have antibacterial, anti-fungal, anti-viral and antiseptic properties to help clean your blood and aid digestion. I’ve recently read cases of honey being used as a disinfectant for wounds, with astounding results – 91% of burns that had honey applied to them resulted in zero infection. The medical community does caution however against feeding raw honey to babies (under the age of one).

A side note is that it isn’t vegan (I’m not vegan, although I do admire the principles of veganism), as it’s a product of a living organism: bees. But if you can buy raw, organic honey – or British raw honey that’s local to you – you’re doing something not just good for a growing industry, but for you. Raw honey is amazing. 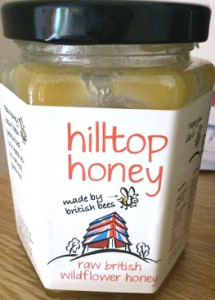 In researching this topic, I interviewed Hilltop Honey founder Scott Davies, one of the UK’s top producers of raw honey. Scott started his business three years ago from a small group of bees in Wales, when pretty much no one was producing raw honey, and has since developed it into a thriving business with jars of his melt-in-your-mouth raw honey in stores across the UK and now in the US too.

In fact, Hilltop Honey has become so well-established that it was even part of the food that US President Barack Obama and the NATO delegates were given recently at a conference in Wales.

“We started by selling locally – literally door to door,” says Scott. “Then we got into a veg shop which was good, but we ran out of honey pretty fast having only 12 hives. So I talked to other bee keepers who were raising bees but not selling the honey, and got them to sell it to me, and after that it really spiralled.

“We began selling our honey at food festivals, and that’s where we had people coming up to us asking if it was ‘raw’ and if it was really ‘pure’ (at that time, the labels all said 100% pure Welsh honey) and so we changed the labels to reflect that our honey was also raw.”

Scott’s re-brand was key to his business and he soon saw growth in the market – with Holland & Barratt and Ocado picking up his product, as well as HomeGoods in America.

Scott says that while he’s not a trendsetter, he was the first British producer of raw honey to spot the future growth in this market and to add it to his packaging. Today, Scott has 48 hives at his farm and, in addition, has just launched a raw, organic honey range sourced from European beekeepers as there has been a huge demand for raw organic honey that cannot be produced in the UK (due to the bees’ range of feeding off flower nectar, it’s difficult to ensure UK honey is organic).

Looking back at the history of honey, when it was considered a rare commodity and only affordable to the wealthy, I feel extremely grateful to visionary bee-keepers like Scott Davies and to those little striped creatures who buzz about our fields and hedgerows.

Ondine is a passionate fan of gluten-free, dairy-free and sugar-free eating and writes our Fabulously Free blog