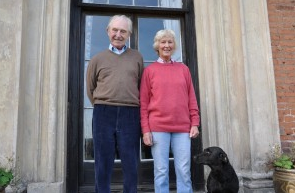 Recalling a time before delis existed

Since this article was written, Richard Craven-Smith-Milnes has retired and sold The Country Victualler to Mike Maloney Country Butchers.

Thirty-nine years ago, Richard Craven-Smith-Milnes was often seen driving around London in a taxi with no rear seat. Bouncing in the back were a pile of baked hams, a small mountain of cheese and bags of ground coffee. Hands on wheel, A-Z on knee, it must have been an exciting if fraught time for Richard and his wife, Jane. Richard had just given up his City job with Lloyds and paid £50 for a ramshackle food business called the Country Victualler; he was delivering victuals to many intriguing characters around the capital.

Forty-odd years later, Richard is still the Country Victualler but is now based at Nottinghamshire’s Winkburn Hall. And instead of delivering personally to flats, he’s sending hams and more to the likes of Fortnum & Mason and Selfridges. 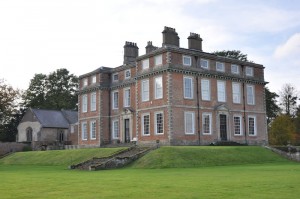 Taking the business to where it is today has been an incredible journey and the Country Victualler’s history is as rich as its Christmas puddings. “I bought the business in 1973 from a chap called Colonel Dickinson, who used to be in the Royal Ulster Rifles,” says Richard. “He ran a village shop in Alderton, Suffolk but also delivered hams to London clients.” Richard’s £50 bought the Colonel’s client list, the rights to produce and sell his excellent Alderton ham and two deep freezers, one of which finally gave up the ghost in 2010!

Back then, Richard and Jane lived in Kensington. “I built our first kitchen in the basement,” says Richard. “I did all the gaswork, electrics and plumbing – you’d go to prison now! We used to cook the hams there. Our dog and three children were in the same house.”

The country was less obsessed with health and safety back then, and it didn’t care much about food, either. “The whole attitude to British food has changed dramatically,” says Richard. “In the 70s, selling delicatessen foods was considered very odd. Back then we had no competition at all but were trying to convince people that there was something better.” 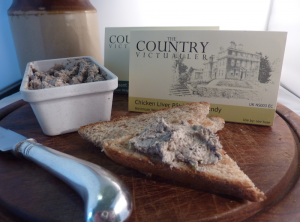 “You could barely buy a fresh egg in London,” says Jane. “And if you lived in – say – Putney, the nearest place to get decent coffee was Jacksons, Piccadilly.”

This was fertile ground for a high-quality food producer/deliverer, and at the same time the country’s first delis started to open. “Deli pioneer Justin de Blank was our first shop customer, and our second was Partridges, which is still going,” says Jane. “In fact, we attended its opening.”

The Country Victualler’s client base grew. Richard continues: “On Mondays we phoned customers to ask what they wanted and then I delivered. Clients gave me the keys to their flats – I had about 20 bunches, including those of Labour chancellor Roy Jenkins: I’d let myself in, leave food in the fridge and collect money. One customer employed a butler who regularly put in an order of £100. It transpired that the butler was ordering and selling the food on, while his boss paid the bill.”

Eventually, Richard and Jane moved their kitchen to Nottinghamshire, farmed out the distribution and became – primarily – producers. Today, the Country Victualler makes a range of highly regarded foods, including its famous Alderton ham, chicken liver and brandy paté, smoked salmon paté, duck liver terrine with vine fruits and a rich fruit pudding made to Richard’s great grandmother’s 1878 recipe, which Richard discovered in his mother’s old cookbook.

“My love of food comes from my mother,” says Richard. “After the war, when everyone ate nothing but clear soup, she was known for her culinary skills.” No doubt, then, she would have enjoyed the visit of Rick Stein to Winkburn Hall in 2005 – having heard about Alderton ham, the Cornish chef came along to film there.

Driving his delivery taxi in 1973, Richard couldn’t have known how much his new £50 food business was going change his life, but there’s no doubt he got what he was looking for. 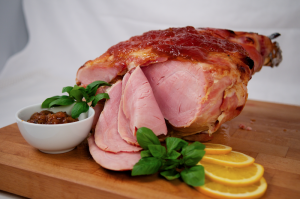 Alderton Ham: the flagship product
The original recipe for Alderton ham came from Colonel Dickinson, the man who founded the Country Victualler in the 1960s and then sold the business to Richard for £50 in 1973. “We steam the hams for four hours, take the skin off, cover them in marmalade and then dry bake for another four hours. That means the marmalade permeates the entire joint.” As well as a delicious, rich flavour, the cooking process gives Alderton ham a balanced texture – not too dry but not too moist.

“We buy as many hams as possible from Nottinghamshire,” says Richard, “but sometimes we’re forced to look further afield to Circencester. Colonel Dickinson originally used Polish hams from very small farms but that became far too expensive. Also, one batch tasted completely different from the next.”
__________ 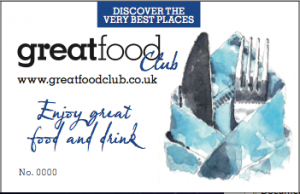 The Country Victualler is part of Great Food Club