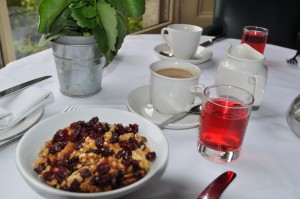 “This has become a favourite with breakfasters here at Barnsdale Lodge Hotel near Rutland Water,” says head chef Paul Freeman.

“So much so that people began asking to take some home – so we started selling it in packets.”

It’s rich and packed with energy.

1 Mix non-fruit ingredients together.
2 Warm maple syrup, vegetable oil and honey together
and mix with non-fruit ingredients.
3 Spread thinly on trays; bake for 10 minutes at Gas 1 (140C).
4 Cool, stir, and add dried fruit (chopped).
5 Serve with milk, or for a treat with Manor Farm’s probiotic yoghurt topped with spiced fruit compote.
6 The granola will keep up to a month in a sealed container. 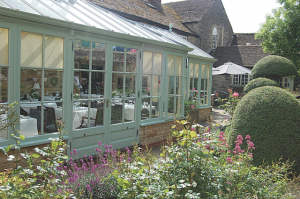