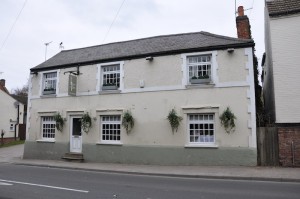 ‘We have a new butcher,’ said the email newsletter from Hammer and Pincers. ‘Harker’s Farm Shop of Clipston on the Wolds rear their own cattle and supply the best beef we’ve ever tried. So we’ve decided to focus on offering more steaks.’

I made a reservation.

Sweethearts Danny and Sandra Jimminson trained at the Savoy under Anton Edelmann and settled in Wymeswold close to where Danny grew up. Their stylish restaurant was once home to the local blacksmith. An ancient hammer and pincers still hangs on the wall above waitresses offering quietly attentive, professional service. Every aspect of the restaurant shows attention to detail, from smart glass water jugs to a confident menu.

No prizes for guessing my partner’s main course but with a range of cuts, weights and sauces, there are sixty different steak options. A medium sirloin, well-seasoned, chargrilled and rested was sublimely succulent, full of flavour and surprisingly soft. Steak this good needs no adornment so fat triple-cooked chips (fluffy within and darkly crisp outside) were dunked into perfectly piquant béarnaise sauce. Next time we will try the variation flavoured with tomato purée, named after its creator, Alexandre Étienne Choron.

The new steak menu is brave and inspired. And if someone you love deserves the best steak and chips in the region, the Hammer and Pincers have it nailed. 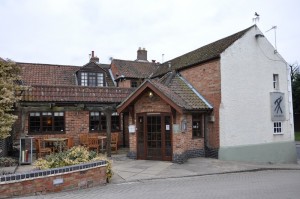