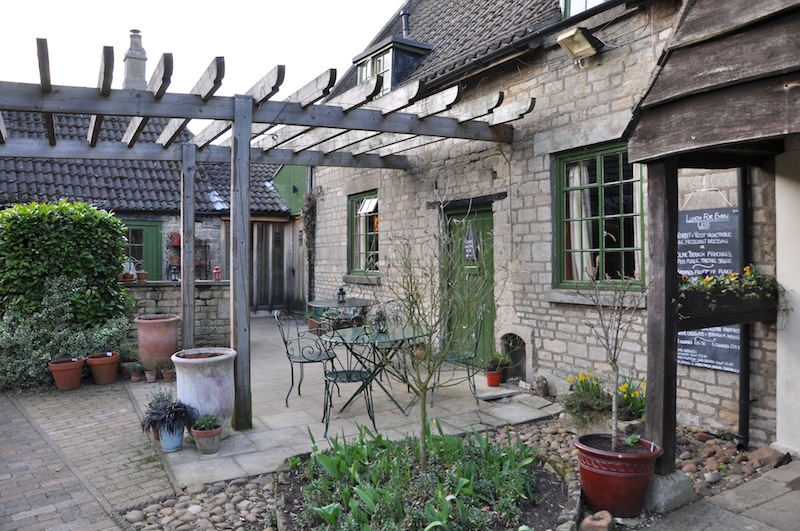 Great Food Club has carried out a survey of its 4,200 members. The questionnaire received 416 responses.

There was a vast spread of answers, but here are the ten venues that received the most mentions:

The survey also found that 91% of respondents use Great Food Club as a way of finding good local restaurants, pubs, producers and shops. 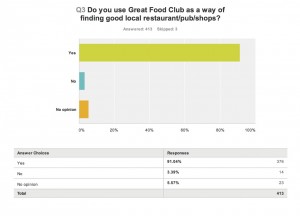 When asked to rank the best things about Great Food Club, the majority thought “the fact it allows me to discover good local places” was the biggest benefit (73% ranked this first or second), followed by “the fact it promotes local food independents” (52%) and “the offers” (46%).

In addition, 83% of members give Great Food Club a 70% or higher ‘trust rating’ as a guide to good local food and drink independents. 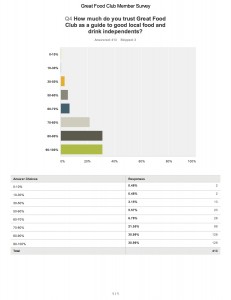 The surprise stat is that as many as 62% of Great Food Club members sometimes visit Great Food Club venues but don’t claim the offers with their membership cards, with 89% saying that they forget to use their card. 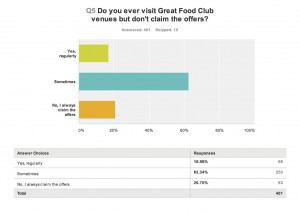 When asked “what would most improve Great Food Club”, a few trends came through. Perhaps the most frequent answer was, not surprisingly, “more offers near me”, followed by the need for greater clarity as to which restaurants/shops are participating, with clear signs or promotional material in the venues themselves. Some members were also in favour of Great Food Club events, such as dinners and tastings.