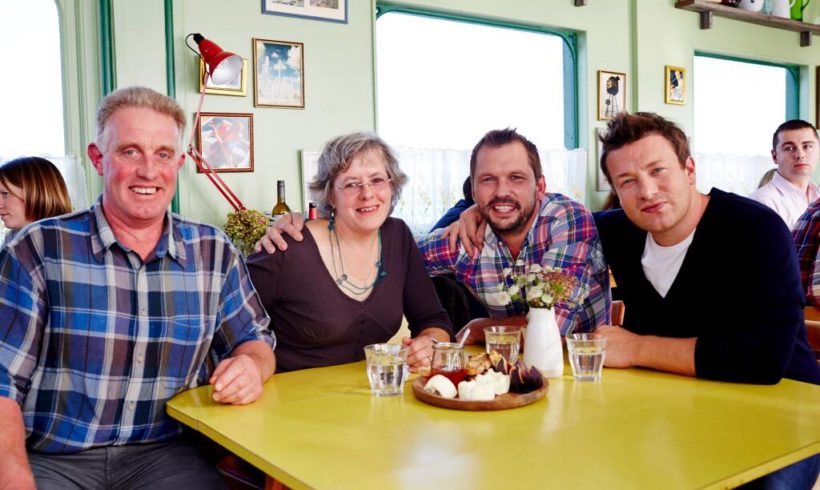 A light and fresh cream cheese called Colwick – made in Eastwell, Leicestershire – is the star of one episode of Jamie Oliver and Jimmy Doughty’s new TV show. Colwick dates back to 1645 and its production re-started in the East Midlands in April 2013 after a 20-year absence.

Jamie and Jimmy feature Colwick on their Friday Night Feast (Channel 4), broadcast on January 10, 2014. Jamie describes it as a “great cheese”. He says: “This is not a cheese for a supermarket, this is a cheese for butcher’s shops, delis, restaurants and pubs. I’m excited to communicate this story, this is just a beautiful, beautiful thing.” 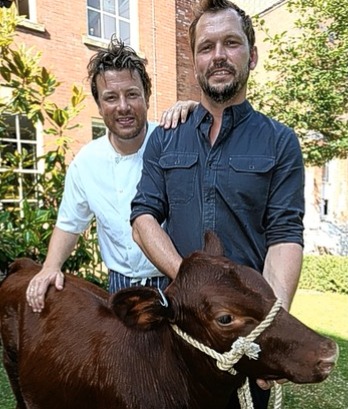 The cheese, which originated in the Nottinghamshire village of the same name over 350 years ago, is being produced at Crossroads Farm in Eastwell, Vale of Belvoir, by Alan and Jane Hewson. They have set up Belvoir Ridge Creamery and are using milk from their 60 Red Poll cows to make Colwick. Colwick was launched at the Artisan Cheese Fair in Melton Mowbray, on May 4-5 2013. 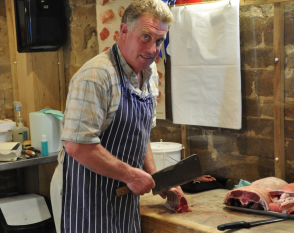 Alan Hewson, the Leicestershire farmer who is making Colwick with milk from his Red Poll herd

Michelin Bib Gourmand pub The Red Lion Inn at Stathern near Eastwell uses Colwick on its menu, as does Nottingham’s Larder on Goosegate, Hart’s and Langar Hall.

Ben Jones, owner of the Red Lion Inn, said: “Colwick is served extremely fresh and the original recipe meant it could be kept for just two days, so we understand that the production method has been tweaked to extend its shelf live.

“We are looking to develop a savoury and dessert dish with Colwick. The savoury dish will incorporate compressed heritage tomatoes and a cucumber style relish. The dessert will be a derivative of a classic fromage frais, served with white balsamic strawberries, summer berry coulis and salted pistachio praline.”

The Red Lion Inn, Langar Hall, The Larder on Goosegate and Hart’s are part of Great Food Club