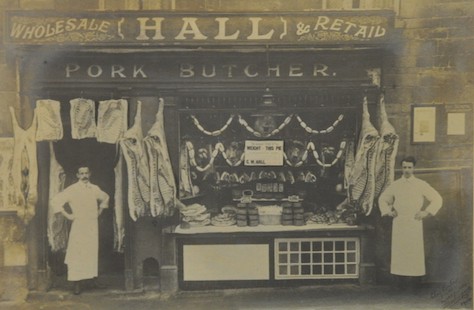 The story of Nelson’s Butchers of Stamford and Rutland

Butchers’ shops are like vinyl records. Once ubiquitous, then chucked out in favour of tapes, CDs and minidiscs (supermarkets) and now revered again due to their superior quality and traditional feel. Not too long ago, every village had its own butcher’s but now even some city centres are bereft. In fact, according to various online sources, over the past 25 years, the number of independent butchers in the UK has fallen from around 15,000 to 6,000.

But the specialist meat purveyor is on the rise again. Many of us have realised their true worth: the fact they often (but not always) source from local farms, thereby reducing food miles; the fact they offer a bespoke service so you can ask them to do special cuts; the fact they don’t tend to sell horsemeat labelled as beef.

Four butcher’s shops local to Great Food Club’s which have carried on regardless for what seems like forever all display the word “Nelson’s” above the door. Nelson’s HQ is in Stamford, Lincs, where it has not one but two shops plus a production facility – for making pies among other products. A third Nelson’s sits a few miles away on Oakham High Street, and a fourth is located in Uppingham. It also has a mobile shop that drives out to various local villages. 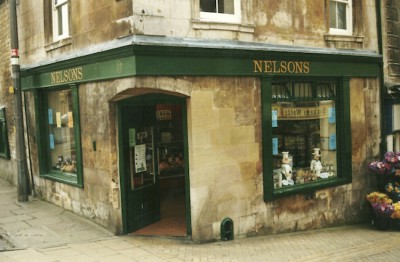 So what’s the story of Nelson’s, a name that’s surely been responsible for more Sunday lunches and Christmas dinners in Stamford and Rutland than any other? Well, today it’s run by local man Guy Gilman, who has been with Nelson’s for 40 years. Guy’s uncle, Frank Gilman, a local farmer, bought the business in 1952 from Harold Nelson, and Harold acquired the business in 1924. Nelson’s original shop is in Stamford’s Red Lion Square, which has been a butcher’s shop since at least 1826 and used to be called Hall’s. 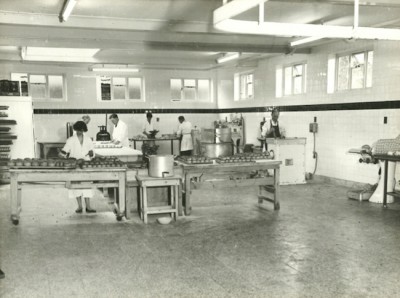 Guy says: “When I started with Nelson’s there were more shops – one in Barrowden, another in North Luffenham and two in Oakham. We also had more mobile shops – five or six.

“The factory here in North Street, Stamford, where we make pork pies and other things, was built in 1959. Before that, Nelson’s pies were baked in old coke ovens in the cellar of the Red Lion Square shop. The factory was built on North Street because there used to be a slaughterhouse on the top side of the car park, which closed in about 1970.” 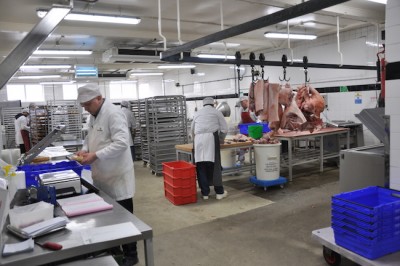 Inside the pie factory today

So what’s the secret behind Nelson’s success, when so many other butchers have fallen by the wayside? Part of it is using good quality local suppliers, including local cattle farmers Jim Thraves in Empingham and Richard Wright in Tilton on the Hill, and pig farmer John Millard in Cambridgeshire. “We’ve always kept up the quality of our products,” says Guy. “As soon as you lose the quality you’re in trouble.” 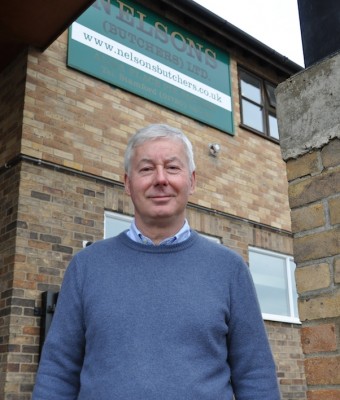 The other part is the fact that Nelson’s has stuck to its guns during a period when supermarkets have become so dominant. “We try to do things differently to supermarkets,” says Guy. “We take a traditional approach. We still butcher the meat in the shops; it doesn’t all come to us pre-packed in boxes.” And it’s that bespoke, high quality ethos that has attracted trade from local pubs and eateries including The William Cecil, The Bull & Swan and The George in Stamford; Gates’ Nursery in Cold Overton and, in Uppingham, places like The Vaults and The Falcon.

Guy continues: “We’ve also held on to our staff – some of the team have been here for 20 or 30 years. Customers like going into the shops and seeing faces they recognise. They like to deal with someone they know and can relate to.”

In Stamford, customers can choose between two familiar shops – on Broad Street and Red Lion Square. Why not close one and consolidate? “They both do a good trade,” says Guy. “They draw people from different ends of town. I wouldn’t know which one to close.”

Nelson’s has been a big part of Stamford and Rutland since 1924. Let’s hope all the shops are around for the 100-year anniversary in 2024 and for the next century beyond.