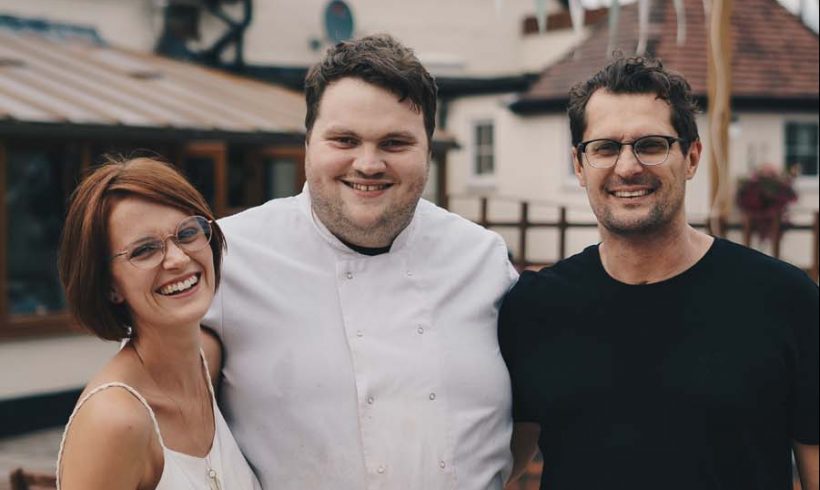 The White Lion at Knighton in Staffordshire: Revived!

The historic White Lion at Knighton was on the verge of being redeveloped before it was bought by Julian and Helen Jackson in early 2016. Ever since they’ve been on a journey working with local food suppliers, Tanners Wines and the likes of Forrest Gin to curate a venue that celebrates the Great British Pub and the land and culture of Staffordshire & Great Britain.

During the past two-and-a-half years, The White Lion at Knighton has been awarded Taste of Staffordshire accreditation, OpenTable’s Diners’ Choice Award, entry into The AA’s Good Pub Guide as well as to The Great Dining Club’s annual publication. With 20-30 pubs closing each week in Britain, The ‘Lion’s story is one of hard work, determination and fabulous customer and community support breeding success. 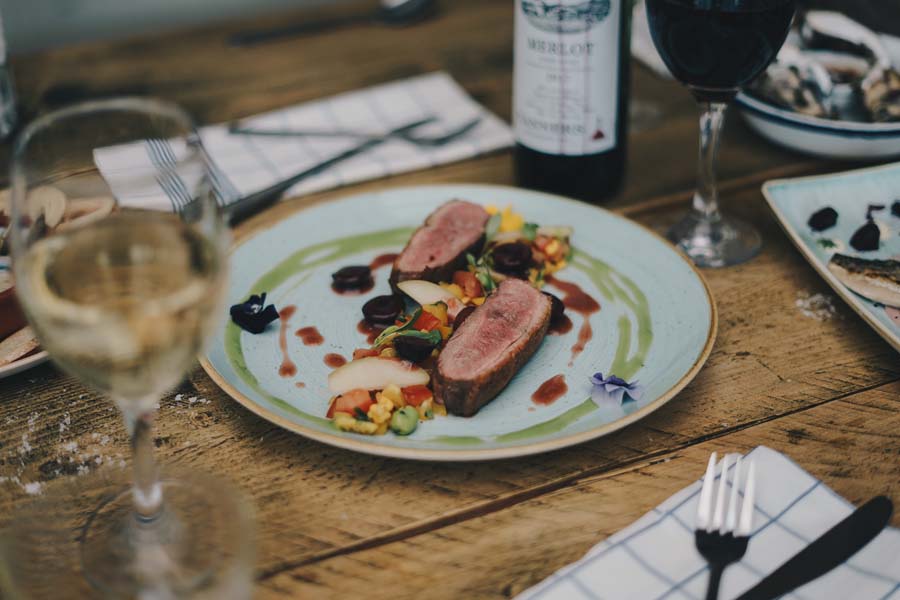 Julian previously worked as a consultant in the legal and IT sectors. Working mainly in London but hailing from and living in rural Staffordshire, Julian’s love for The ‘Lion harks back to the 1980’s when he used to visit with his family. In fact, his first “wage” was 20p for washing glasses during an England vs Wales rugby match being aired at the pub! Developing a passion for cooking and food during his teens, Julian experimented with Italian, Indian and Mediterranean cuisines before falling in love with modern British food interpreted by the likes of Glyn Purnell, Tom Kerridge, Rick Stein, Nathan Outlaw and not least, Jamie Oliver, whose passion for simple food done brilliantly, for team work and for community resonates through The ‘Lion.

Helen, previously head of marketing for an IT company, met Julian through work in 2011 and shares with him a passion for food and hospitality. Her enthusiasm for ethical food production is stamped on the business, and in 2018 Helen is leading the pub’s efforts to work with Food Made Good and The Sustainable Restaurant Association. On a completely different note, her love of music and laughter sets the atmosphere at The ‘Lion, and her focus on customer service and experience ensures every visit is memorable. 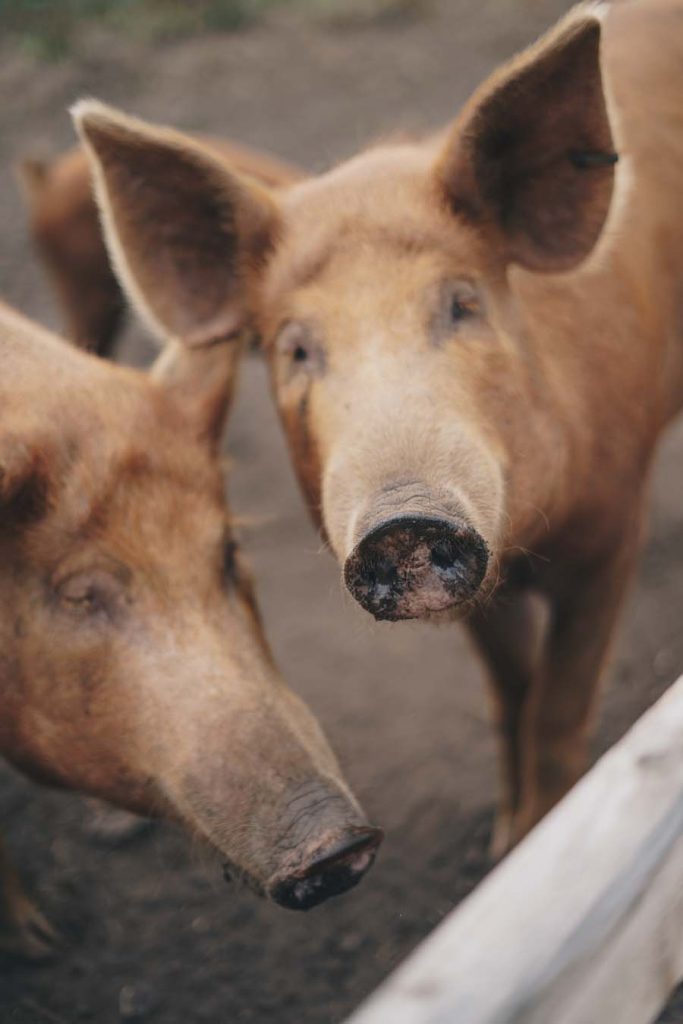 Staffordshire Tamworth Pigs are reared at The ‘Lion

The pub’s menu changes seasonally, with a focus on British produce and simple, beautiful, flavourful cooking by head chef Dan Bishop, who cut his teeth in AA Rosette kitchens across the North West of England. Dan’s passion for food began as a teenager when he took his first job as kitchen porter in his busy local pub, where he learned his first recipe – haddock fish cakes! An avid collector of recipe books and food journalism, Dan’s repertoire has grown significantly since then – immersing himself in cuisines from around the Mediterranean, Scandinavia and North Africa, Dan has developed his own laid-back, informal style of cooking using excellent British, seasonal ingredients, presented beautifully and pulled together with exquisite sauces! 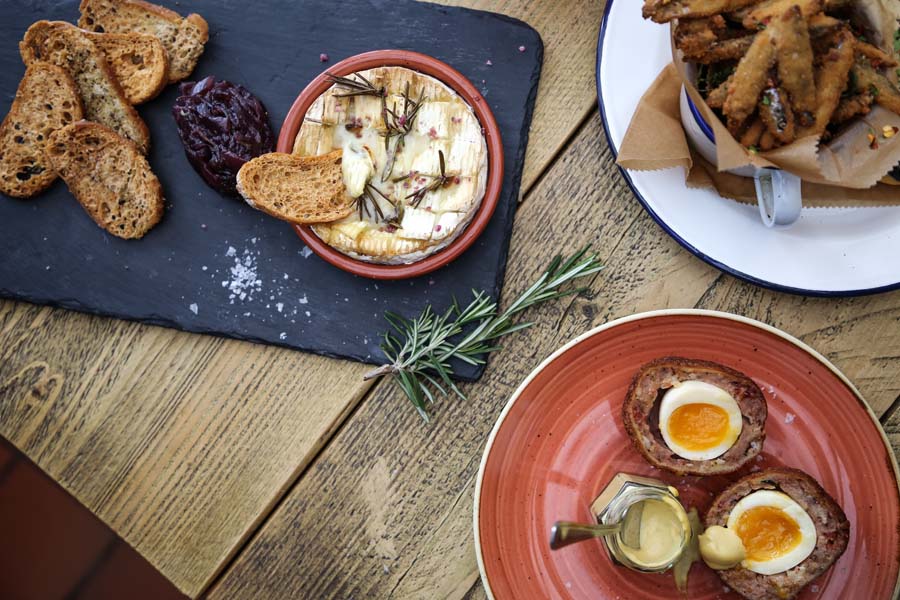 Julian says of The White Lion’s culinary offering: “Our food is a reflection of the land and culture of our Great Britain, and this is delivered by working with some of the best food suppliers in the country.”

Great food relies first and foremost on great ingredients which is why The White Lion works with the following producers and suppliers:

Perrys of Eccleshall
Suppliers of Staffordshire beef, lamb, pork, chicken and game to The White Lion. Winners of the Countryside Alliance Champion Butcher of Great Britain, Perrys has a nose-to-tail approach to butchery and Master Butcher Steve Hill works closely with the pub’s chefs. Perrys’ heritage is deeply rooted in farming and the provenance of its products is paramount – as a result all are sourced from within five miles of the butcher.

Wild Harbour Fish Company
Suppliers of fish & seafood to The White Lion, as well as many of the best restaurants and hotels nationwide, Wild Harbor takes delivery of its fish daily and directly from the fisherman of Hayle, Cornwall. Its focus on responsible fishing as well as on supreme quality is what sets Wild Harbour apart. It also means that The White Lion’s daily delivery of fresh seafood is second to none. Furthermore, if you want to know how your John Dory or your Haddock was hooked, Julian can tell you right down to the Skipper and the crew! 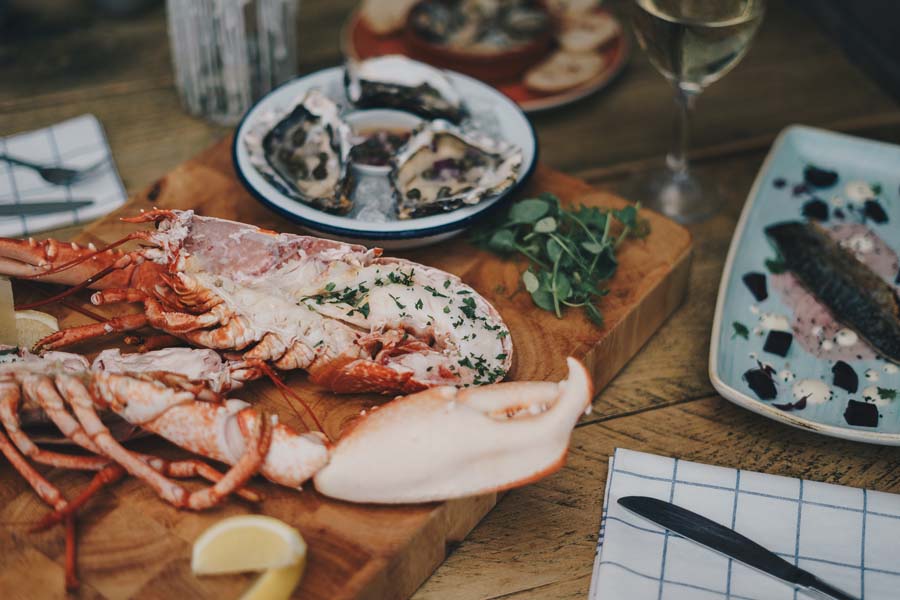 Bearstone Fruit Farm
Seasonal fruit and veg grown on site and within 500 yards of the pub.

Hungersheath Farm
Seasonal fruit and veg grown on site and within two miles of the pub.

Bens Eggs
Free-range eggs from Chickens roaming a field within two miles of the pub.

Exmoor Caviar
The only Caviar Farm in the UK and they’re ethos is simple: to produce outstanding caviar

Harvey & Brockless
Suppliers of some of the best British cheeses, charcuterie and condiments available.

The White Lion also provides excellent drinks options. It is a country pub that delivers brilliant food, not a restaurant that used to be a pub, so drink is at the core of its offering. It offers 10-15 cask beers a month, most brewed within 30 miles of the pub and all brewed to the highest standard! Salopian, Hobson’s, Woods, Lymestone and Slaters breweries all regularly feature. The Coach House Brewing Company – Cheshire’s oldest cask ale producer, is supplier of The White Lion’s “House Ale” – Coach House Farriers.

The White Lion has been saved from redevelopment thanks to the hard work and philosophy of its owners. What an excellent job they are doing! 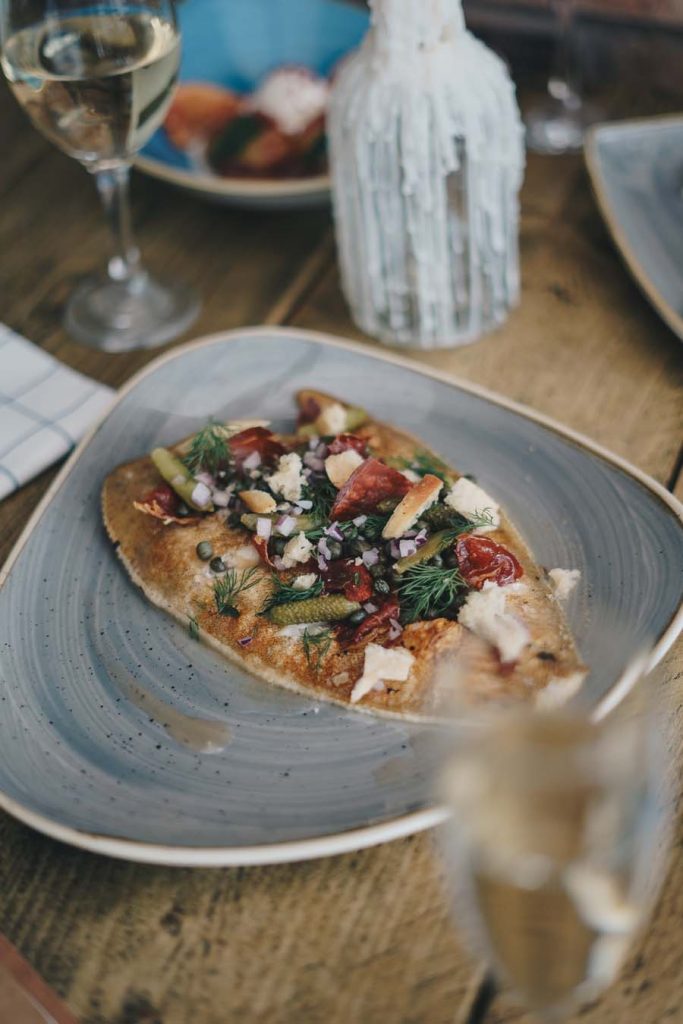