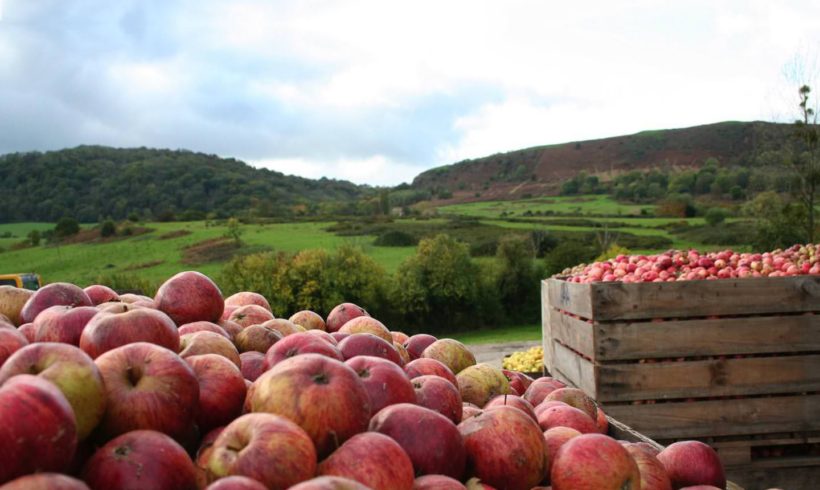 Full Juice is a brand-new free magazine that celebrates the world of craft cider.

From four of the world’s most acclaimed cider champions comes a new publication entirely focused upon the fermented apple. Pete Brown, Susanna Forbes, Bill Bradshaw and Gabe Cook have spent the last decade travelling to the world’s greatest cider making regions – learning, talking and writing along about what they found there. Now, they’ve come together to create a regular, periodical celebration of the world of craft cider.

Too often viewed as a cheap or poorly made drink, cider has struggled to gain the attention that it deserves. Full Juice will show how cider is one of the world’s greatest drinks, which can boast all of the finesse of any great wine and all of the attitude and creativity of any fabulous beer.

But crucially, cider is unique – a drink like no other – with its own story to tell and characters to meet. Full Juice invites us all into this world of apples, pears, orchards, fermentation and blending.

Full Juice is an ode to centuries of cidermaking culture in the UK and beyond. It is a stage to showcase today’s finest cider makers. It is a rallying cry to join the world of #rethinkcider.

As Pete Brown says in his ‘Juice Matters’ feature in Episode 1: “Above all, Full Juice is a declaration that quality counts and a rallying cry for aspiration. Despite being the world’s largest producer and consumer, cider in Britain has been much maligned for far too long. Now is the time to gain inspiration from the fun, boldness, creativity and language of other drinks that have experienced a recent boom lately, while ensuring that at the core of everything is the apple.”

Full Juice will be published four times a year and given away free in quality pubs, bars and bottle shops, and at festivals and events. Episode One lands on May 28, with Episode Two scheduled for September.

Special thanks must go to Martin Coyne and Lucy Harmer from design agency Bond & Coyne for all their sterling work in making Full Juice a reality.