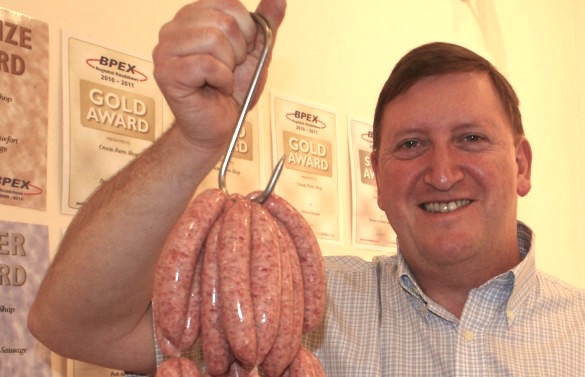 Are these Derbyshire’s best sausages?

I find that it’s becoming increasingly hard to turn down the promise of a good sausage, so when I heard that the Sausage King was in town there was no holding me back. Yes, the Sausage King – aka Stephen Plume, a teacher by profession who runs a website dedicated to sausages – rode into Croots Farm Shop in Duffield last month. He declared their bangers to be “an eclectic mix that’s really made well and tastes great”.

The pork used in Croots sausages comes from Packington Free Range Pork – based in our neighbouring county of Staffordshire – while the beef hails from much closer: Hazlewood, Derbyshire. For tasting purposes I purchased a sample of their best-sellers: pork, wild mushroom and chorizo. They were all superb and went down a treat with mash and onion gravy. Remember, too, that if you show your Great Food Club card at Croots then you get 10% off on Tuesdays and Wednesdays.

While at Croots Farm Shop I visited their adjoining Shires Eatery: it offers wonderful views of the farm’s shire horses and countryside beyond; guaranteed to make you stop, slow down and remember everything that’s good in the world. Our order of full English breakfast certainly didn’t disappoint and was everything you would expect. If you head to their website you will often scoop a deal: at the time of writing it’s currently buy one breakfast get another free – so fill your boots! 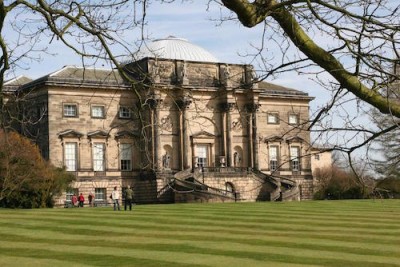 The Durham Ox, Ilkeston
Those of you know who Derbyshire will appreciate that Ilkeston is not – generally speaking – the first place you would expect to find great food; however, a little gem has appeared and is receiving rave reviews: The Durham Ox. There is no chance of getting menu fatigue here because different days bring different menus. On Wednesdays, for example, there are ‘seven simple suppers’ for £7. You can choose from: homemade quiche of the day; North Atlantic prawn salad; or lamb’s liver with mash, vegetables and a rich smoked bacon and onion gravy. On Fridays you can ‘dine with wine’ – two courses £19.50 or three courses for £23.50, with a 250ml carafe of wine included. Choices include linguine; steak and ale pie; or pan-fried chicken supreme. The blue cheese stuffed field mushroom certainly hits the spot as a starter. 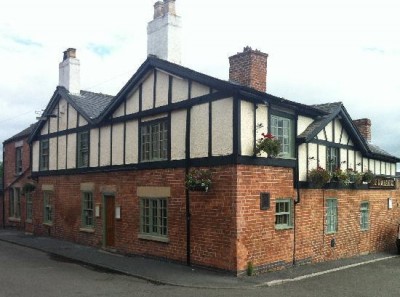 The Durham Ox is the oldest inn in Ilkeston, dating back to 1780 where it doubled as a jail. Convicts were held in the cellars beneath the pub before being taken through the underground passageways to St Mary’s Church, where they were tried and sometimes executed. The owners are now keen to point out that things have changed and they only hang customers who complain on a regular basis. Rest assured though, that you won’t need to complain!

Sally lives in Milford,Derbyshire with her black labrador, she shares a love of all things food related with her partner.If she can combine long walks with food both dog, partner and Sally are happy.