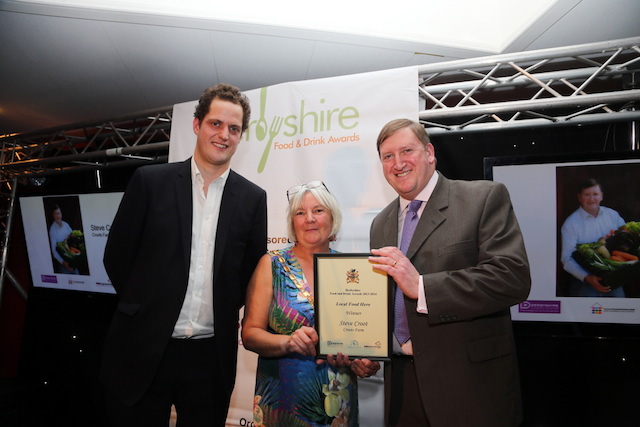 Steve, who runs Croots Farm Shop near Duffield, Derbyshire, was presented with his award at a ceremony hosted by celebrity chef Valentine Warner. “I am thrilled and proud to be named Local Food Hero 2014 for Derbyshire. There is some fantastic local food produced in Derbyshire, and I am honoured to be part of it all,” said Steve.

Croots Farm Shop employs 21 people and sells products from more than 40 producers from within a 50-mile radius. It has won a number of Great Taste Awards.

The Samuel Fox Country Inn in Bradwell in the Hope Valley has been run by head chef James Duckett since October 2012. A Great Food Club reviewer described his cooking as “exceptional – eating here leaves you in no doubt of the skill at work in the kitchen”. 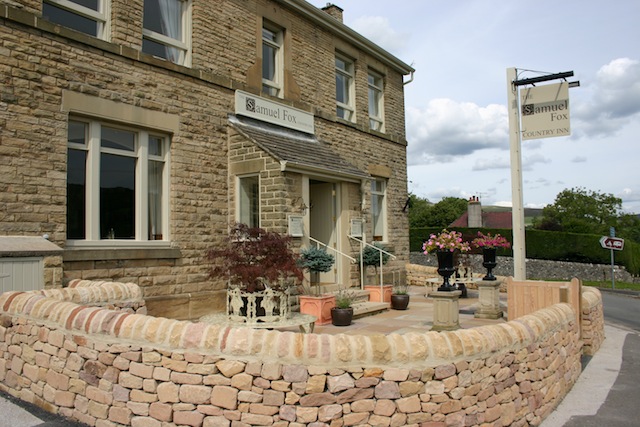 Both Croots Farm Shop and The Samuel Fox are part of the Great Food Club network.

The other Derbyshire Food and Drink Awards winners are as follows:

Traditional Pub of the Year: The Dragon, Willington

Tea Room/Coffee House of the Year: No. 6 The Square Tearooms, Buxton

Café of the Year: Naughty and Nice, Bakewell

Councillor Joan Dixon, Derbyshire County Council cabinet member for jobs, economy and transport, said: “Derbyshire has so many fantastic food and drink businesses that it is getting harder each year to pick a winner. They all play an important role in the Derbyshire’s economy and we are delighted that our awards give them all much deserved recognition.”

The Derbyshire Food and Drink Awards were sponsored by HSKS Greenhalgh Chartered Accountants and Business Advisors and Holdsworth.