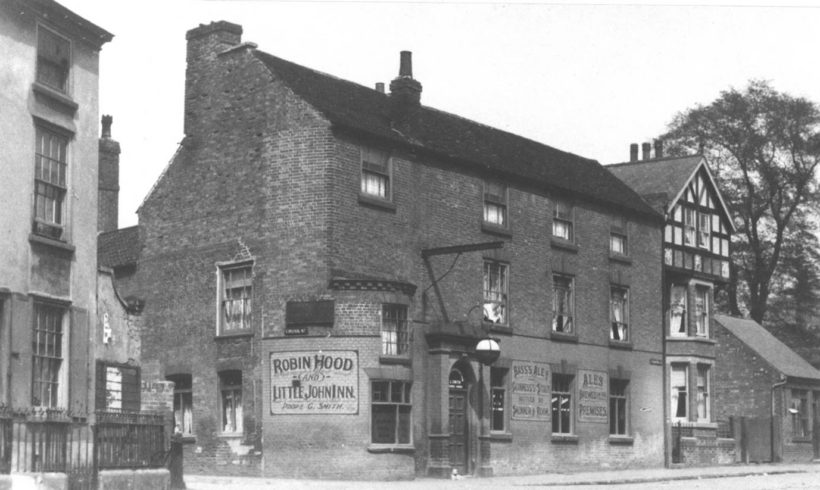 As an 18-year-old lad, Anthony Hughes used to brew his own beer at home near Chester. Inspired by his Dad and using kits from Boots, he boiled, siphoned and fermented but was usually disappointed by the toe-curling results. Undeterred, he bought a CAMRA book of beer recipes and got his hands really dirty, building his own mash tun, copper kettle and fermenting vessel. Anthony’s first brew on his cobbled-together DIY kit was a disaster, but the second… eureka! 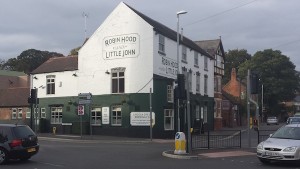 Today – after a 30-year career in retail – Anthony has returned to brewing but in a rather more sophisticated manner. He now commercially produces a highly evolved version of that eureka-moment homebrew – today known as Marion – at his own Lincoln Green Brewery, a 10-barrel microbrewery in Hucknall, Nottinghamshire. Six miles down the road in Arnold, drinkers enjoy pints of Marion in Lincoln Green Brewery’s brand new pub – the Robin Hood & Little John.

The opening of the Robin Hood & Little John is the crowning glory of a successful first two years in brewing for Anthony. It is also the result of collaboration between old and new, because the pub, where two-year-old Lincoln Green showcases its beers, is owned by 165-year-old Everards Brewery of Leicestershire. Lincoln Green’s Robin Hood & Little John is the latest chapter in Everards’ award-winning Project William scheme, which has so far led to the revival of 30 pubs in the Midlands. Project William entails Everards teaming up with small, local brewers – 11 so far. Working together, they look for a suitable pub. Once identified, the bigger brewer buys it, refurbishes it and rents it back to the microbrewer. But rather than adorning the building with ‘Everards’ signs, the tenant brewer can brand the pub as their own and sell a brilliantly varied selection of beers. 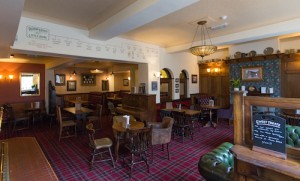 Inside the rejuvenated pub

Gracing the bar at the Robin Hood & Little John are 15 cask ale handpulls and eight real ciders. Snacks such as pork pies and cold sandwiches are available, plus one-pot dishes on Thursdays and Fridays. The rejuvenation of this Arnold pub – which had been shut for 18 months – turns on its head the theory that traditional pubs are dead. On opening night a queue formed at the front door, such was the locals’ desire to get into their new pub. 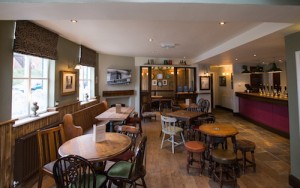 Anthony says: “The traditional pub model is not broken, despite media reports to the contrary. The most regular comment we hear from locals is: ‘Thanks for giving us a real pub again’. Lots of our customers were lapsed pub goers – they’d got sick of characterless pubs owned by big chains that serve a poor range of drinks, so they chose to stay at home. Give people a nice environment, great customer service and a fantastic range of cask beers and they will go to the pub. It doesn’t have to be all about food either.”

Anthony teamed up with Everards following a chat with a fellow brewer. “My business plan always included selling Lincoln Green beer through a brewery tap,” says Anthony. “I knew that Dave Hemstock from Raw Brewing in Chesterfield had recently opened The Brown Cow in Mansfield as an Everards Project William pub, so I gave him a call. He told me his only regret was he hadn’t teamed up with Everards earlier. When I spoke to Everards I couldn’t quite believe the Project William business model at first – it seemed too good to be true. But Everards explained that the model doesn’t work for them if it doesn’t work for us. It’s a very enlightened way of doing business; It’s a true partnership and works well for both parties.” 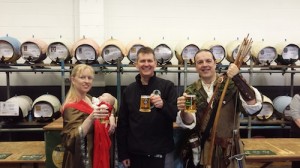 Anthony and Everards spent around six months trying to find the right pub for Lincoln Green and eventually identified the Robin Hood & Little John – one of the oldest hostelries in Arnold and previously owned by the now defunct Arnold-based Home Brewery. After collaborating on an extensive refurbishment, Anthony opened his new brewery tap in August 2014. Who would bet against another Lincoln Green-branded pub opening in the near future?