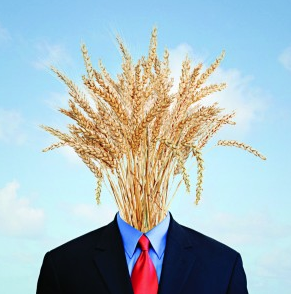 I was once gluttonous, now I’m just glutenous

The Mystery Muncher has had a little pre-Christmas present. After a lifetime of eating and drinking to excess, he has been told that he’s probably a coeliac. No, you ignorant swine, I’m not going to start balancing a ball on my nose and demanding more fish – being coeliac means that eating anything with wheat in it can make me lose half my body weight down the drain in an instant. So my favourite breads, my local beer and lots of other things that make life bearable including pasta, many sauces and even Christmas pudding are now on the banned list. So in these enlightened days of accurate food labelling, food provenance and trackability, I thought I’d check a few notable restaurants to see how they coped with a freak like me.

After all, there are around 580,000 coeliacs in the UK, which is a market worth catering for. I phoned The Olive Branch in Clipsham, Rutland, and asked how difficult it would be to bring a recently diagnosed coeliac. They were excellent: “Our menu is very good for those who require gluten-free food and dealing with this is a daily occurrence for our staff,” they said.

Casa Romana in Leicester is a favourite, and owner Roberto knows me and my eating habits well, so he thought I was joking. But when he realised this was serious he said, “My son is a great chef and he can’t eat gluten, so I’ll call him and together we’ll do you a special menu.”

Hambleton Hall, another Rutland restaurant, was also good. “We have lots of diners who are coeliac and it’s no problem at all – even with tasting menus – if you let us know in advance.”

A Chinese restaurant, which had better remain anonymous, when asked the big question responded with, “Grooten, wha is grooten?” Research has revealed that even soya sauce is a banned substance as far as I’m concerned, so Chinese food is verboten.

When I called The Tiffin in Leicester, it was with total fear as good Indian food is very important to me, but the ingredients are mainly a mystery. A very helpful waiter said: “All our food is gluten-free sir – except the bread.” What a relief. Matricardi’s in Henley-in-Arden was a little disconcerted when I asked but checked and banned the onion rings on my delicious belly of pork lunch. Judging by the rumblings in my own belly afterwards, I’m not sure they got it totally right. 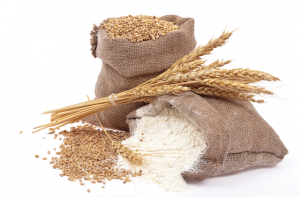 An eating pub in Repton is great for pizzas and steak but they tried to dismiss the gluten-free question with: “We’ve told quite a few people over the last few weeks that there’s no demand for gluten-free food”. Which when you think about it is a classic reply. If you believe the data, around one in 100 of us has gluten intolerance, but judging by the conversations I have had in pubs and restaurants, it seems the real figure is a lot higher than that or (pause here, for the food conspiracy theorists to listen really carefully) it really is getting a lot worse because of something “they” are doing to wheat.

Whatever the real figures there is a definite need for some professionals to become aware of the crap job they do for us people with special dietary needs (bloody hell, I’m a cookery cripple). But some of our restaurants are surprisingly good at talking about gluten on the telephone, so why not put the information on the menu? More than 580,000 of us would appreciate it.