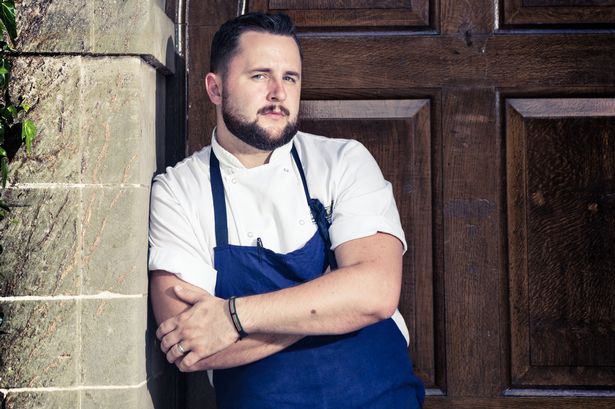 Paul Foster has been head chef at The Dining Room at Mallory Court Hotel in Leamington Spa since February 2014. His culinary journey has taken him from Coventry to California. As he approaches his second anniversary leading the brigade at The Dining Room, I asked this award-winning chef about returning to his Warwickshire roots.

Even though he is in his early thirties, Paul has already clocked up 20 years of cooking. He says: “I have wanted to be a chef since I was 10, I have always been excited about the creative side and how food can make people feel. I love how it can make people happy and give them an amazing experience. Food is something everyone can associate with.” 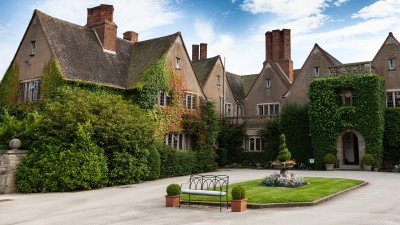 These early days saw Paul baking cupcakes at a Coventry pub where his mum worked, before joining Henley College straight from school. After graduating, his second job took him to Le Manoir aux Quat Saisons, where he prepared starters and garnishes, as well as working in the pastry section.

“After that I moved around two and three AA rosette restaurants in the Midlands, but a major turning point in my career was winning the William Heptinstall Award, which allowed me to stage at WD50 in New York, The French Laundry in California and L’auberge de Lille in Lyon. 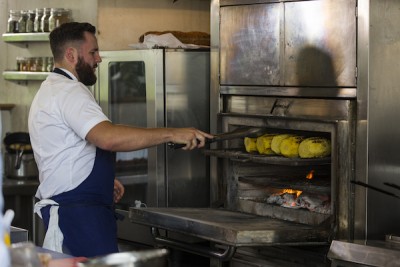 “In 2008 I moved to Nottingham to work for Sat Bains as sous chef. This opportunity was the highlight of my career and I learnt a huge amount working under Sat and head chef John Freeman, and have great respect for them both. One of my proudest moments at Restaurant Sat Bains was when we gained five rosettes from the AA. That isn’t easy to attain, which made it all the more special.”

In March 2010 Paul secured his first head chef role at Tuddenham Mill in Suffolk, a beautiful converted water mill dating back around 1,000 years. While at this three AA rosette restaurant, the accolades for Paul began to pour in, with him winning Observer Food Monthly Young Chef of the Year and The Good Food Guide’s Best Up and Coming Chef in 2011.

Moving on to pastures new, Paul took over as head chef of the Dining Room at Mallory Court in early 2014. He says: “I have long admired Mallory Court as I grew up down the road, and have always had huge respect for Simon Haigh and everything he achieved there. I certainly have huge boots to fill, but I do love a challenge and I couldn’t resist the chance to run the kitchen. 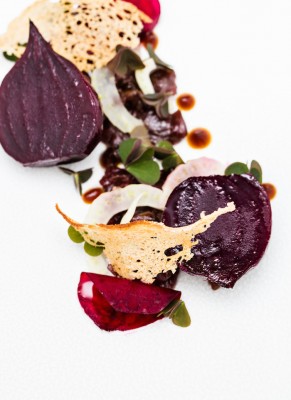 One of Paul’s dishes

“I would describe the style of my food as natural modern British, with the focus on purity of flavour and using wild and seasonal ingredients. My favourites vary depending on the time of year, so at the moment I love game and am excited to get it on the menu. In the summer I love fish and scallops, and the wide array of vegetables we grow here in our kitchen garden.”

Tasting new and unusual ingredients is par for the course and the weirdest thing Paul has eaten is (not for the squeamish) is squid sperm, pan fried and finished with a little bit of lemon. Apparently it was very nice!

Inside The Dining Room at Mallory Court

As he has just secured second place at the National Chef of the Year competition, diners at Mallory Court can expect some exciting new menus as Paul skilfully makes the simplest looking dishes taste amazing.