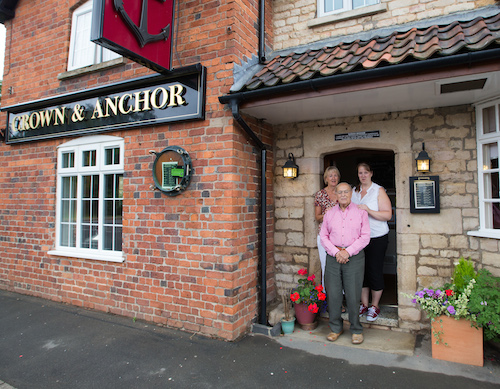 “This is the first pub I ever visited. Now I run it with my Mum and Grandfather”

“The Crown & Anchor is the first pub I ever visited,” says its licensee Sarah Ingham, who is also the head chef. “My grandparents have lived opposite the pub for 39 years and Mum remembers bringing me inside in my carry cot.”

As personal connections to pubs go, it doesn’t get much deeper than that. And Sarah is lucky that The Crown & Anchor – owned by Everards Brewery and set in the Lincolnshire village of Welby near Grantham – is a wonderfully cosy and friendly pub. Although Sarah is responsible for a great deal of its inviting atmosphere and success these days. 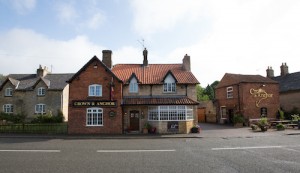 “I think we won because we’re consistent, well priced and get a lot of great ingredients from local suppliers,” says Sarah. “We don’t do fancy-pants cuisine, just good quality pub food. We buy meat from Skinner & Sons Butchers in Barrowby, Millstream Butchers in Sleaford, Grasmere Farm in Deeping St James and Sophie Arlott in Lenton [a local shepherdess renowned for her lamb]. We get fresh vegetables from Winsters in Derbyshire, eggs from Donington near Spalding and fresh fish from Grimsby.” 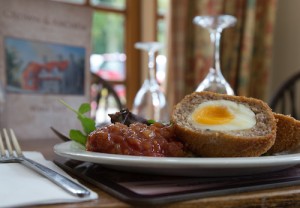 The cask beer from Everards and other highly regarded breweries is also well kept at The Crown & Anchor, and on the bar sits more evidence of local sourcing – a large decanter of blackberry gin supplied by The Trickling Tap of Grantham.

Sarah took the reins at The Crown & Anchor in March 2013, running the pub alongside fellow directors Sue Newton – her Mum – and Michael Ingham – her Grandfather. Taking on the business was part of a natural progression – surely unusual in today’s fast-paced, globalised world – that has seen Sarah grow up within a stone’s throw of The Crown & Anchor, walk through its doors regularly since her first visit as a babe in arms, and also work behind the bar for several years.

“This pub truly feels like home,” Sarah says. “I have lots of family memories of the place, especially Christmas ones. I remember people often saying, ‘Watch out, here come the Inghams!’ as 20 of us rolled in from Pop’s house opposite for a drink during various Christmases past. Now I’m on the other side of the bar dishing out the festive drinks.” 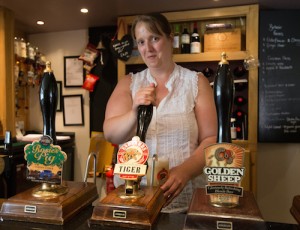 Sarah started working behind the bar at The Crown & Anchor in November 2005. She intended to leave by the New Year. Eight years later she was still working there. Then the previous licensee decided to move on and, spurred on by her Grandfather who’d always dreamt of running The Crown & Anchor (he pops in almost every day these days), got in touch with Everards with a view to taking on the business. Sarah and her family haven’t looked back. 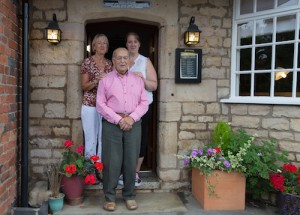 “Everards are good to work with,” says Sarah. “I always say that I run my business but Everards are my backroom staff – there’s always someone there who will answer your question. On the morning after we had the fire, the health and safety chap, the properties man, the electrician, and gasman were all here by 8am. And when we won the Grantham Journal Great Food award, Richard Everard [chairman of Everards Brewery] and Stephen Gould [managing director] both came to find me at the annual Everards gathering to say well done. Next year I want them to congratulate me for winning the Good Service award!”

Today Sarah is keen to continue the tradition of The Crown & Anchor – which is also the village polling station – being a family-friendly pub that’s at the heart of village life. She explains: “There are so many children who come in who I’ve seen regularly from when they were just a bump. They ask me: ‘Do you think you’ll still be here when I can have my first pint, Sarah?’ I tell them there’s a pretty good chance!”

The Crown & Anchor is part of the Great Food Club network