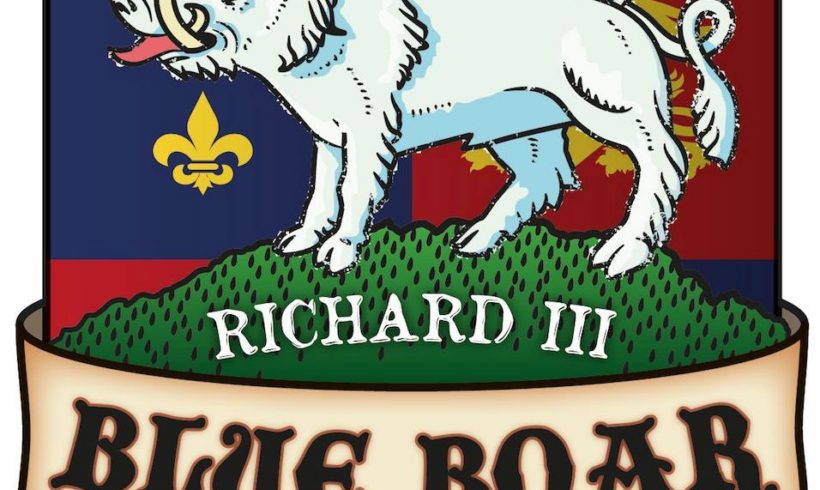 You know on TV drama Silent Witness when they analyse a corpse and work out the victim’s diet? Well, similar forensic studies on King Richard III’s bones – which are due to be re-buried with great ceremony at Leicester Cathedral on March 26 – show that he often dined on heron, egret, pike and swan, all washed down with copious amounts of wine.

Will any pub be brave enough to serve roast pike in honour of King Richard?

Unfortunately, no local pubs or restaurant we know of are brave enough to serve pike in mead batter, heron pie or swan fritters to mark the king’s re-burial, but some food and drink businesses are choosing to do something special during the last Plantagenet’s final, final journey.

Leicester’s Everards Brewery, for example, is brewing Blue Boar beer to mark the occasion. An amber-coloured honey and mead ale (what else?), Blue Boar’s name relates to a fantastical yet grisly tale involving Richard III’s last night before the Battle of Bosworth. The evening before that fateful fight in 1485, Richard stayed at The Old Blue Boar in Leicester – an Everards pub from 1895 to 1972. The story goes that the king brought his own oak bed to sleep on that night. Many years after his death, the landlady of the Blue Boar found £300 in the bed’s false bottom. A desperate maid murdered the landlady for the booty, before being caught and hanged for her crime. Who knows how much truth there is to this tale, but Blue Boar ale is available in Everards pubs throughout March.

Steamin’ Billy Brewing Company of Oadby is also rising to the occasion, producing 10,000 cans of specially brewed ‘1485’ beer and making plenty more available in their pubs, including The Parcel Yard next door to Leicester station, on draught in keg and cask. 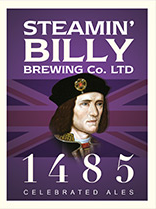 Some Everards pubs are also pulling out the stops. On Sunday March 22, the bones of Richard will leave the University of Leicester, travel to Fenn Lane Farm – reputedly the site of King Richard’s death – before heading to the nearby village parish churches of Dadlington and Sutton Cheney. The cortege will then go on to Market Bosworth, Newbold Verdon and Desford as it makes its way back to Leicester. As the royal skeleton passes the 16th century Blue Bell in Desford at around 4pm, visitors to the pub will be able to enjoy venison pies and wild boar sausages (along with Blue Boar beer of course), while watching dancing Anstey Morris Men. Meanwhile, The Lancaster Arms, another Desford pub, will offer customers a wild boar pie and a pint for £12.99. The Swan in Newbold Verdon, also on the cortege’s route, will put on a “medieval Sunday roast” with wedges of beef aplenty and a free half of Blue Boar with every meal. 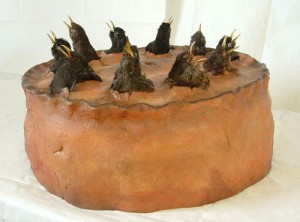 Will anyone be making a blackbird pie?

Richard’s bones will lie repose at Leicester Cathedral until March 26 before finally being re-buried in a more appropriate place than a city centre car park. On Monday March 23, the day after the procession, The Globe in Leicester – the pub closest to the new burial site – will host a ceremonial ‘tapping the barrel’ event, where a cask of ale will be cracked open and served out in a suitably hearty style, alongside a medieval banquet. Meanwhile, The Richard III pub in Leicester has decided to hold its celebrations earlier on Saturday March 14, when it will hold a 12-hour ‘game-a-thon’ from 12 noon till midnight. Its pub games will be similar to those played in Richard III’s day, including quoits in the garden, a card game called Niddy Noddy, draughts, and a dice game called Gluckhaus. There’ll also be ‘speed’ pool and darts. At all four of these Everards pubs, specially made commemorative Richard III tankards – made by a family run Staffordshire pottery – will be available. 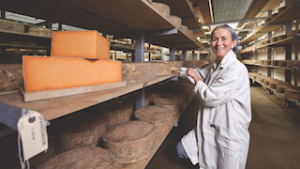 Outside the world of pubs and ale, Leicester’s Cocoa Amore has created a range of rose-infused chocolates stamped with Richard III’s white rose. And no doubt Sparkenhoe Farm’s Battlefield Blue and Bosworth Field cheeses, made just a few miles from Bosworth Field, will sell like hotcakes (try The Melton Cheeseboard, or Leicester’s Deli Flavour). Those seeking a boozy yet non-beery Richard III celebration could head to cocktail bar 33 Cank Street in Leicester’s St Martin’s Square and order a Bosworth Rose cocktail, made using Burleighs Gin (distilled in Nanpantan, Leicestershire), rosebud tea from Forleaves Tea (based in Ratby, Leicestershire), Campari, pineapple, almond & rosewater syrup and a rosewater spritz. And just opposite 33 Cank Street is Gelato Village, run by Daniele Taverna, who tells me he will soon be bringing back a new and improved version of his Richard III ice cream – flavoured with woodland berries, honey and chocolate.

Whatever you do to mark this historic event, judging by King Richard’s diet it would appear he’d have approved of you eating, drinking and being merry. And if you do find somewhere serving heron burger or similar, please let us know.