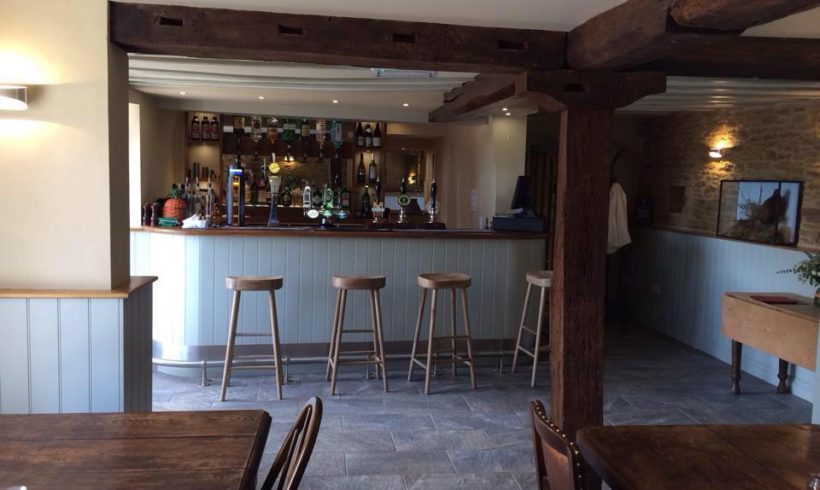 Fans of Leicester’s late, lamented Entropy will be cheered to see that former chef patron Tom Cockerill has been appointed consultant chef for the relaunch of the Bewicke Arms in Hallaton.

The pub reopened in August under new owners Claire and Simon Tait, and the new menus are expected to be brought in during September. Tom, who has been a freelance chef since closing Entropy, will work with head chef Glenn Cowl, formerly of the Red Lion in Stathern, to develop a creative take on traditional pub food using local produce.

“It’s an obvious concept, but only a few pubs in the East Midlands are doing it really well,” said Tom. “The Bewicke is a gorgeous, quintessentially English country pub, perfectly located for sourcing from the region’s amazing suppliers and artisan producers.”

Also on the menu will be rare-breed Dexter beef and Southdown lamb from the Cockerill family farm in Yorkshire. Watch out for Dexter steak and kidney puddings, Brancaster mussels cooked with Bottle Kicking cider (made in the village), and game, mushrooms, fruit and herbs foraged in the local countryside.

A former patisserie chef at top London restaurants including The Wolseley has opened a new craft bakery business in Oakham.

Emma Finden-Crofts relocated to the East Midlands last year and has launched the Lotus Bakery to provide cakes, patisserie, confectionery and deserts to restaurants, cafés and individuals in the Rutland area. 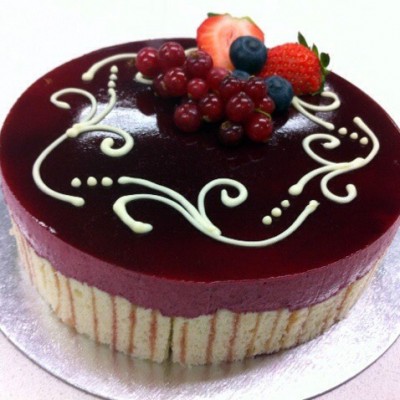 One of Emma’s creations

“I had a desk job, but missed being a hands-on baker,” she said. “Friends urged me to get involved again and I did consider opening a café, but we’ve got lots of great cafés in Oakham already. I’ve seen other successful bakeries take off by attending markets and supplying other venues and thought I’d give it a go.”

For more information, visit www.lotusbakery.co.uk or look out for a stall at Oakham Farmers’ Market on Gaol St on the third Saturday of the month.

Diners in central Leicester can now receive home and office deliveries from a range of the city’s leading independent restaurants following the local launch of Deliveroo.

Home deliveries are obviously a familiar part of urban life but it has generally been limited to takeaway restaurants. Deliveroo uses its own network of bike and scooter delivery people to enable restaurants that might otherwise not be able to deliver. Leicester residents within a 2.5km radius of the city centre can now order from restaurants including Maiyango, PETER Pizza, Kuru Kuru Sushi, Crafty Burger and The Smokehouse.

Restaurants in the scheme have their menus on Deliveroo’s website and diners order for a defined time delivery and pay on that site. Restaurants make up the order, and Deliveroo handles the delivery. There’s a minimum £15 order and a fixed delivery charge of £2.50. Average delivery time is 32 minutes. For details see www.deliveroo.co.uk

Odd John, the family-run business that manages the Griffin Inn in Swithland and associated wedding and party venue The Old Stables, is appealing for local artisan food makers to get in touch.

The business is launching a delicatessen and cafe in one of its pub outbuildings in September and is keen to talk to new producers. “We are just a bunch of like-minded folk who are excited about good food and hospitality,” said owner John Cooledge. “If you are thinking about making something of your passions then maybe we can help you in producing or selling. Let’s have a chat!”