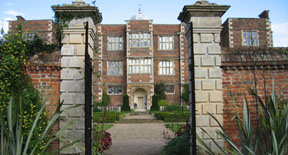 Lunch for Less at Doddington Hall

Lincolnshire’s Doddington Hall will launch its ‘Lunch for Less’ promotion on Monday, February 3. From Monday to Saturday, February 3 to March 31 (excluding Valentine’s Day), diners can enjoy two courses between 12-3pm in the restaurant of the 16th century mansion for £15.95, or three for £18.95

The promotion is also being run by a group of good quality Lincoln restaurants – The Jews House, Bottle & Glass, Wig & Mitre, Reform at the Castle, The Old Bakery and the Electric Bar & Restaurant at the Hilton.

The pricing will differ slightly depending on the restaurant.