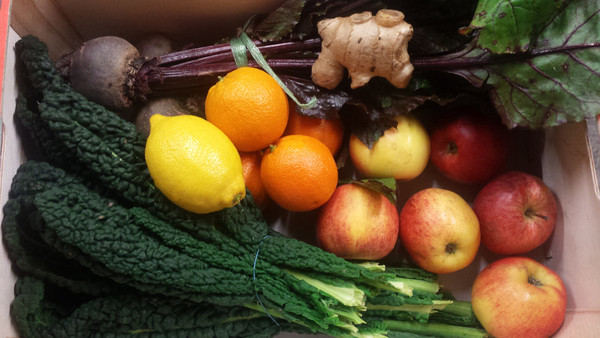 Great Food Club producer Parsnips & Pears has won the title of Online Business of the Year at the 2015 Farm Shop and Deli Awards. This local veg box provider is going from strength to strength, providing freshly harvested organic vegetables and local produce throughout the Midlands and beyond.

Sourcing vegetables from eight farms across the East Midlands, Parsnips & Pears prides itself on the quality and freshness of its produce. You can also order local eggs, cheeses, bread, pies and cakes alongside your vegetable boxes.

The online service has recently expanded its offering by adding a new juicing box, containing nutritious favourites such as kale, beetroot, ginger and oranges.

If you fancy giving the award winning boxes a try, members of Great Food Club can get 10% off their first gourmet veg box, or get their fourth veg box free. Read more about our Parsnips & Pears offer here.

Full list of winners at the Farm Shop & Deli Awards.