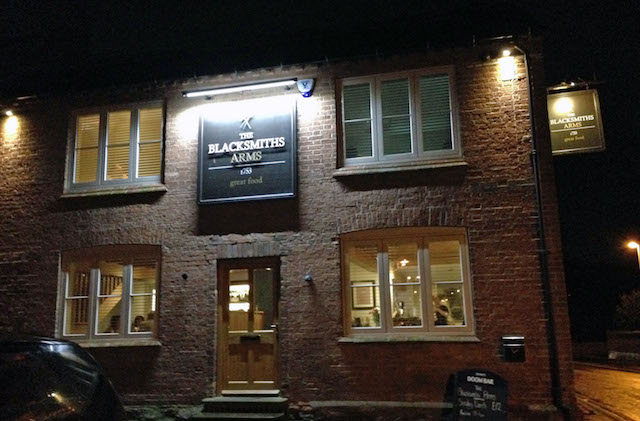 Opened just under a year ago, The Blacksmith’s Arms in Barrow-upon-Soar, Leics, is a lovely old village pub that has been renovated and restored into a beautiful, airy space with smooth oak stairs and surfaces contrasting against exposed brickwork. Owned by the duo behind the excellent Hammer & Pincers in nearby Wymeswold, I was expecting great things.

We arrived to a very nearly full restaurant on a Friday night and were quickly taken to our table in the main part of the building. I could look into the new glass and wood extension at the back, which was lit perfectly with candles and low lighting.

The staff were friendly and helpful and gave us time to review the menu without rushing us. Once we ordered, a board of olives, rosemary and sea salt focaccia was brought out to us. Rustic in appearance and delicious to taste – the breads are all baked in-house.

To start, I opted for the soufflé – twice baked and made with local Lincolnshire Poacher cheese, it was served with an apple and raisin chutney. Although the presentation of the soufflé left a little to be desired, it was cooked to perfection, creamy and light. The hubby went for the black pudding Scotch egg, which was served with a smoked bacon and mustard dressing. It tasted great but we were a little surprised to see that half of it was missing! It was the first time either of us has seen only half a Scotch egg served in a restaurant. 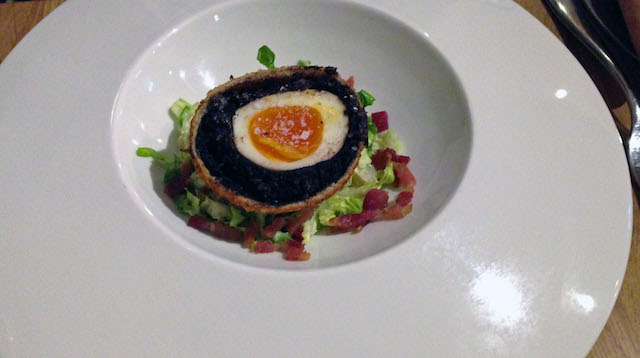 For mains, hubby went for the fillet of beef with pomme anna, roasted carrots, shallots and French beans. The fillet – served medium rare – was soft, melt-in-the-mouth and packed with flavour. The big roasted shallots were a nice touch too, with their caramelised rings looking so pretty on the plate. I went for the 48-hour pork belly, which came with potato croquets, Brussels, chestnuts and a smoked bacon and cream sauce. I love provenance and was pleased to see that the pork comes from Redhill Farm – Lincolnshire pork farmers with many awards including a Great Taste Gold to their name. The pork was tasty and well-cooked but to my mind, lacked seasoning, despite the bacon and pork in the dish. Sadly there was no salt and pepper on the table.

As usual, by this point I was too full to contemplate a big pudding so I went for the selection of Hammer & Pincers ice creams and sorbets. The waitress read out the flavours but I opted for a surprise! The hubby went for the steamed toffee and apple pudding, which came with cinnamon ice cream and custard. The puddings were the stars of the night for us, with my red berry ice-cream topping the bill. Sharp and sweet and totally refreshing, it was the perfect end to the meal. 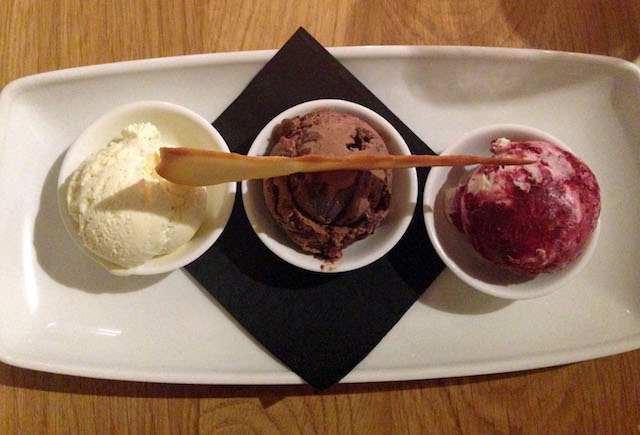 Overall, we enjoyed the night. The ambience and surroundings were fantastic, the staff were well versed and friendly. For us, we were expecting just a little more from the food. Both the relatively high price (around £35 a head with drinks) and our fab experiences at the Hammer & Pincers combined to give us high expectations for The Blacksmith’s Arms. It wasn’t quite there on our visit. Let’s hope it hits the nail on the head next time.
__________ 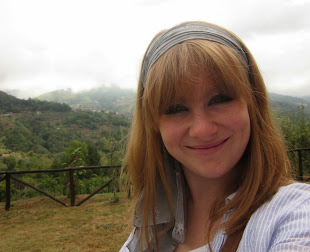 Gingeybites (above) is a Midlands-based food blogger. Read her blog here.