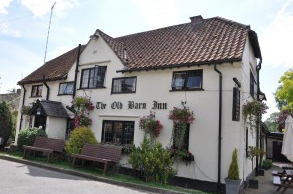 In March 2012 The Old Barn at Glooston closed. We’re pleased to report that it is open again.

Glooston resident Hannah Currington got in touch in November 2012, saying: “We Glooston residents are very happy to report that Jan, who was Vivienne French’s [the previous owner’s] head chef, and his partner, reopened the Old Barn Inn last month. They are charming young people and deserve to make a go of it.”

Good luck to the new custodians of this fantastic old rural pub. Here’s an edited version of our review from 2011…

The Old Barn in the hamlet of Glooston, near Market Harborough, was a well-known destination for food-lovers in the ‘70s and ‘80s, but went into decline.

It is now undergoing a speedy resurgence.

We arrived as a local shooting party came in for lunch and were met by a friendly front-of-house team, who immediately made us feel at home.

The Old Barn, which dates from the 16th century, is in two parts: it’s a typical country pub at the front, with quarry-tiled floor and oak beams. But the surprise awaits when you move into the refurbished restaurant, which is on two levels. It’s tastefully appointed and functional, with attractive, comfortable modern seating, and a superb oak stairway to the lower level. 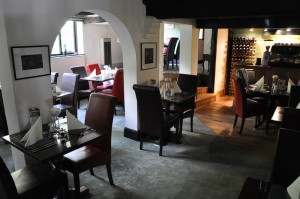 From the lunch menu, I chose the chicken liver paté, followed by short-crust chicken and ham pie with hand-cut chips, and lemon posset to finish. The attention to detail and quality was obvious from the start; you can often judge a pub meal by the vegetables, and mine were cooked to perfection. There were three house whites to choose from and we selected a Chilean Sauvignon Blanc. 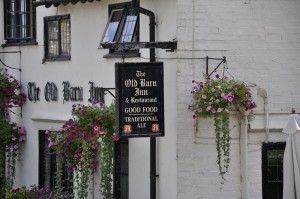 Most of the kitchen’s ingredients are locally sourced – including award-winning lamb from Lowerfields Farm, Packington (aka The Mushroom Basket) – and the owner has spent a lot of time and effort creating her supplier list. There are three menus: lunch, dinner and Sunday lunch. It is good to hear that dinner comprises just one sitting.

It was very refreshing to experience the revival of the Old Barn and to see it achieving such a high standard of dining. Review by Enzo Maffioli 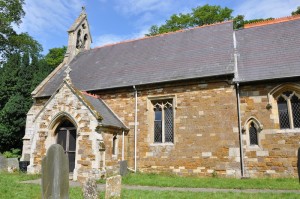 St John The Baptist Church, situated next door to the Old Barn Inn