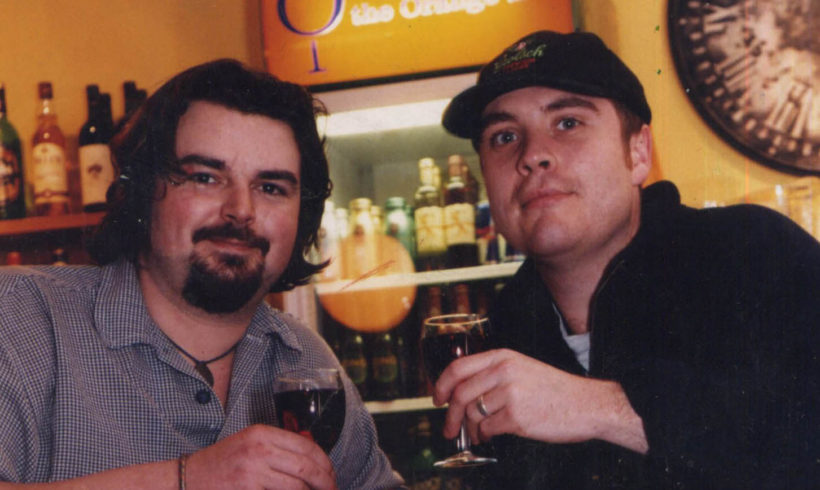 Independent local hero: the story of the Orange Tree Group

If you’re from the East Midlands or came to the region for university at any point in the last 15 years, chances are that you’re familiar with the Orange Tree pubs. You’ll find them in Loughborough, Leicester and Nottingham, and with their comfy sofas, nooks and crannies, their bars are very much a home from home.

Next year sees the group’s first venture, the Orange Tree on Leicester’s High Street, turn 20. From opening on a shoestring with no staff and digs upstairs, the group’s two directors (and best friends) Ben Hings and Gareth Smith (otherwise known as ‘Pugsy’) have gone on to open a further six venues around the East Midlands. 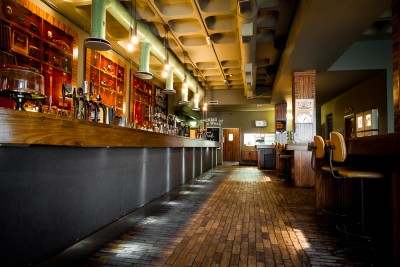 Ben and Pugsy met at Loughborough college aged 17 and remained firm friends as they grew up and entered the world of work. In their twenties, having no bar industry experience (at least from the business end of things) they decided to quit their jobs and open a pub. Their passion for doing something that pleases other people is what drives them and even now they remain visible, preferring to conduct their business from a table in the pub rather than being tucked out of sight in an office somewhere.

Right from the beginning they had a mission to create places where regardless of age or gender, people could come together to relax and have fun. The company ethos remains the same today and is behind everything they do, from the way the pubs look and feel, to the music they play, the cocktails they mix and most importantly from our perspective, the food they serve and the chefs they employ.

Two of their pubs are in the Great Food Club: The Lansdowne on London Road in Leicester and the Orange Tree in Nottingham. With a focus on locally sourced produce and seasonal menus, they offer really great quality pub grub in relaxed but comfortable settings. The Lansdowne uses Birstall-based family butcher Mark Patrick for all of its meat and get the bread it doesn’t make in-house from Leicester family bakers Brucciani. 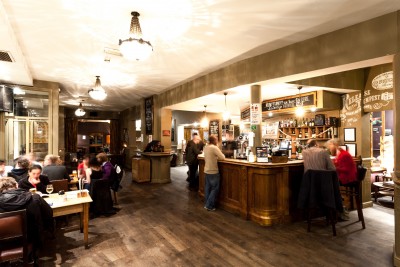 It’s a similar story at The Orange Tree in Nottingham – Basford’s Bake Off & Pie bakery provides its bread for example, and a lot of its summer salad leaves come from farmer John McDonald (yes really), who farms just outside the city in Woodborough. The team even had a bash at growing their own herbs and veg in their small beer garden but alas – jovial crowds of weekend drinkers put paid to that!

We all know that the last few years have been tougher than most for the bar industry. With hundreds of pubs closing every week in 2015, the Orange Tree has ridden the wave but not unscathed. In October last year they closed the Smokehouse and Obar on Braunstone Gate in Leicester. Whilst the Smokehouse was a huge success, with excellent and authentic southern US-style food, the area is no longer as prosperous as it once was and despite best efforts, the group was unable to keep the venue afloat. Even with the closure of the Obar and Smokehouse, it is still a huge credit to the group that during these difficult times for the industry, the Orange Tree brand continues to live on, strong and vibrant.

As well as its six bars, it has a weddings and events team who recently debuted a successful run of festive parties at St Martin’s House in Leicester, catering for up to 150 guests a night in true Orange Tree style. You’ll often see them running bars at local festivals and dressing village halls for their next happy couple.

So, what next for the group? There are plans in the pipeline and even after 19 years, Ben and Pugsy are full of ideas. Entrepreneurs never rest. Watch this space.

From the horses’ mouths

Ben Hings, co-founder, The Orange Tree Group: “One of the things we’ve always been picky with is people. We only want to employ people who share our vision – it’s important to us to have the right people working for us and this can sometimes take time!”

Pugsy (aka Gareth Smith), co-founder, The Orange Tree Group: “Enjoy the moment and never be complacent. We’ve tended to always focus on what needs improving but in the past 19 years we’ve had some fantastic times and great experiences – if I could go back in time, I’d take more time to appreciate and savour those moments.”