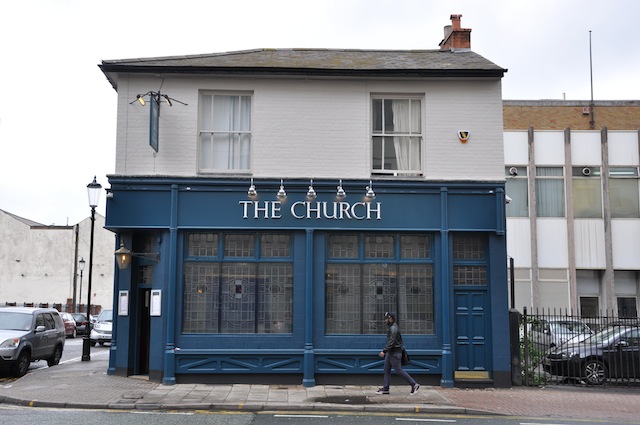 As I wander around the bare pub I can feel its history stretching back over the decades – all the good times, the arguments, first dates, Christmas parties, fags lit, beers pulled. A door with ‘Smoke Room’ etched into its frosted glass is propped up against the wall, and a classic wooden back bar (the bit where the spirits are displayed) remains upright thanks only to a piece of scaffolding. Architects’ plans smother the bar, and five steaming mugs of builders’ coffee sit on a table next to a half-eaten packet of Malted Milks. The date is April 11, 2013, and I’m in the Church Inn on Great Hampton Street in Birmingham’s Jewellery Quarter. 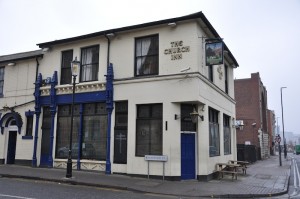 If the Church Inn was being demolished or turned into flats it would be unbearably sad to see it like this, but it’s not, it’s being refitted. A function room and roof-terrace garden are being added, and the original features, including the stunning leaded, stained-glass windows, will be kept and refreshed.

The people behind the rejuvenation are Leicestershire-based Everards Brewery. Everards have bought the pub from Admiral Taverns as part of their exciting Project Artisan scheme, a strategy whereby the brewery partners talented food and drink producers. In this case, Everards have teamed up with trailblazing 28-year-old Birmingham food and music entrepreneur Carl Finn, who will become the pub’s new licensee. Working closely with Carl, the aim is to turn the Church into something special. It feels positive to be witnessing the start of this new chapter, especially with so many pubs closing. It’s evidence that investment is taking place, that there is another side to the story, that The Great British Pub is not becoming extinct as some would have you believe, but rather going through a fast and painful – but also exciting – period of change. 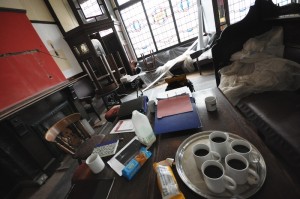 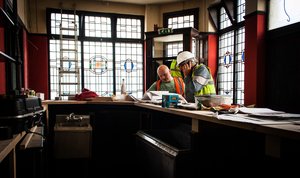 It doesn’t take long to find further evidence of this change. I leave the Church Inn with new licensee Carl, wander down Great Hampton Street and enter the Lord Clifden pub. Over a cup of tea, it becomes clear that Carl’s a million miles from your old fashioned pub landlord. Entrepreneurial, youthful, fanatical about food and extremely social-media savvy, he couldn’t be more at odds with the image of the licensee who pulls pints all day in front of a photo of Her Majesty. Carl is a new breed of innkeeper equipped for the pub industry of 2013 and beyond.

“I run Soul Food Project,” he explains, “a travelling kitchen that operates from a handful of Birmingham pubs. Our headquarters are The Victoria on John Bright Street in the city centre and we cook dishes inspired by the cuisine of the southern US.”

Carl also directs a live music company called Soul Food Sound System: “We put on live funk, soul and jazz nights at a variety of city locations, although our main place is the Hare and Hounds in Kings Heath.”

And his latest venture – apart from the Church Inn – is something called Secret Dining Society, a travelling pop-up restaurant. Customers are given a location and time; they then turn up and eat a meal delivered to a certain theme. It could be Italian food served in a hired deli (“we got actors to play Italian gangsters to create an atmosphere”) or French cuisine delivered to a Second World War French Resistance theme in a suitably-decked-out pub (“I dressed up as René from ‘Allo ‘Allo! and we had air raid sirens, French maids, gas masks, and two subwoofers imitating bombs dropping”). At this point Carl shows me a video on his Smartphone. It’s a promo for Secret Dining Society and it gets lots of YouTube hits. The message is clear: to succeed in the food and drink world today – and that includes pubs – it helps if you have a mastery of social media and digital technology.

So how and why did the relationship between Carl and Everards come about? The answer lies in food. Or bread, to be specific. In 2012, as part of an existing Project Artisan enterprise, Everards opened Loaf Community Bakery and Cookery School in Stirchley, Birmingham, after forming a partnership with local baker, Tom Baker.

“Tom and I are friends,” says Carl. “We both set up our food businesses [Loaf and Soul Food Project] at the same time in Birmingham four years ago. Everards got in touch with Tom via the Real Bread Campaign and were working with him to open Loaf Bakery in Stirchley. Tom then put Everards in touch with me.” 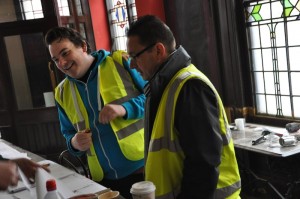 He continues: “I’ve always wanted to run a pub so met up with Everards’ MD Stephen Gould and business development manager Mike Brown. They sold me the dream, saying they’d like to work with me to find a pub, then I would become the licensee and they’d provide business support. I didn’t believe a word of it! I thought it was all a lie! But then Everards opened Tom’s bakery in Stirchley, which was the proof of the pudding.”

Seeing that Everards was genuine, Carl decided to work with the brewery: “We looked at about 40 sites in everywhere from Sutton Coldfield to Solihull. We visited gems near the canal, city centre bars and warehouses with potential but nowhere quite fitted the bill. Then the Church Inn came up and the price was right. The Jewellery Quarter has the fasting growing population in Birmingham, so it felt like a good move.”

Carl signed the leasehold and the rejuvenated Church Inn is scheduled to open in six weeks, a thought that makes Carl swear (politely) with trepidation.

“Everards are just great guys to work with,” he says, regaining his cool. “They’ve got such a good reputation throughout the industry. Whenever a small brewery calls me they initially think I’m with Admiral Taverns. As soon as I say I’m with Everards they visit within a week. Everards have got a good relationship with everyone. The power behind that is incredible.”

I ask Carl what the new Church Inn will be like: “I want the pub to be a community hub, part of the social fabric of the area. People are choosing to live in the Jewellery Quarter – it’s not a completely transient area like the city centre – and I want the Church to become part of people’s daily lives. We’ll serve real ales, fine wines and good quality food. This is a long-term project – I want to build a business that I can hand down to my kids.”

But as you might expect with Carl’s background, this pub won’t be a no-frills traditional boozer. Earlier, back inside the Church Inn, as I was trying to not get in the way of electricians, I’d heard a healthy debate take place between Carl and Everards’ representatives. The subject was bar layout and the science of where to put what. Carl explains: “Alongside the Everards Tiger and other real ale handpumps, I’m installing a cocktail station with ice wells and a speed rail. Traditional pubs don’t have this feature and it’s a new concept for Everards. But they are open to it and they’re putting a lot on the line by accepting my ideas. But at the same time Everards know that if they want to do well in Birmingham they have to cater to the clientele and give people what they want.”

What about the food? “It will be Soul Food with a nod to the Southern US but will also have African, French, Spanish and Southern American influences. A lot will depend on the head chef,” Carl says.

We finish our cups of tea and walk back up Great Hampton Street towards the Church. As I say goodbye to Carl, my voice has to compete with the sound of building work coming from the site. For too many pubs today, this noise is their death knell, but for the Church Inn, it’s a cacophony full of promise…

The Everards’ view
Before chatting to Carl, I spoke about the Church Inn with Mike Brown, business development manager at Everards. Here’s what he said: “Everards is not well represented in Birmingham and we want to gain more of a presence. The Church Inn will be a pub where we can hang our hat and say this is an Everards site, even though it won’t be Everards branded – in fact, lots of people won’t realise it’s anything to do with us. But the idea is that other pubs in Birmingham will maybe follow.

“The Church Inn’s new design, look and feel will be different from a traditional mainstream pub. It’ll be a bit bohemian, a bit urban. Jewellery Quarter-based interior designer Newman Gauge is shaping the overall look and feel, but everyone’s had an input, including Everards and Carl. This is very much a local project, so in addition to the local designer and Carl himself, the building work is being carried out by Wedge-Wood of Aldridge, West Midlands.”