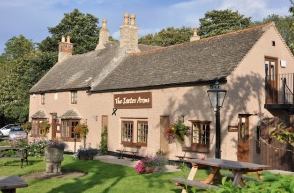 The Exeter Arms at Easton on the Hill – part of the Great Food Club network – has been named Restaurant of the Year in the Carlsberg UK Northamptonshire Food and Drink Awards 2012/13. Best Pub or Bar Restaurant went to The Saracen’s Head, Little Brington.

All the winners of the competition, devised by Northamptonshire Enterprise Partnership (NEP), were announced on November 14, 2012 at The Wing, Silverstone.

New Local Product of the Year was scooped by The Pickled Village of Bulwick (also part of Great Food Club), for its Hot Runner chutney.

It was a night of double celebrations for Duncan and Sarah Evans of The Saracen’s Head, who not only watched their head chef, William Mountain, pick up the ‘Young Chef of the Year’ award but also took the Best Pub title. 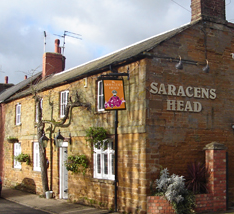 “We were already so delighted that Will had won earlier in the evening, but then to hear the venue’s name called out as well was just the icing on the cake,” said Sarah. “The whole team put their heart and soul into everything they do and this is real recognition of their wonderful efforts. We are all just chuffed to bits.”

Restaurant of the Year
Winner: The Exeter Arms, Easton on the Hill
Runners-up: Oundle Mill, Oundle; and The Seafood Café, Northampton

Pub or Bar Restaurant of the Year
Winner: The Saracen’s Head, Little Brington
Runner-up: The Royal Oak at Eydon

Community Pub of the Year – Town
Winner: The Swan and Helmet, Northampton
Runner-up: The Lamplighter, Northampton