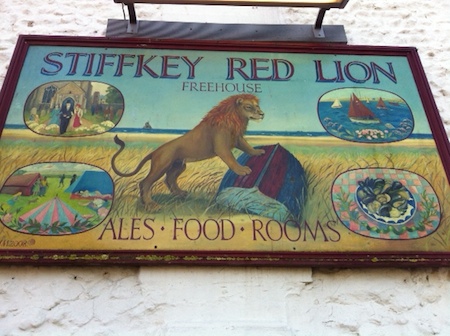 The Mystery Muncher heads to Norfolk

I say Stiffkey
You say Stew
I like lobster
How about you?

Norfolk has more celebrity chefs than the first few pages of the Michelin Guide. Let me introduce another – his name is Frankie but you may not have heard of him. Frankie runs the Stiffkey Red Lion and he deserves to be celebrated because he produces good, fresh food at prices that you don’t have to be a mega-star to digest. This is my ideal type of pub with great real ale, flagged floors and blackboards with really interesting specials on them. 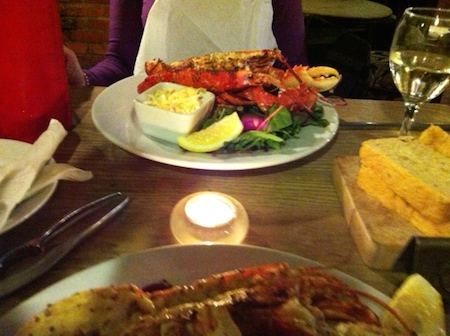 Great old inns like this are an endangered species but it would be a mistake to think that it’s stuck in the 17th century – this has indoor lavatories and modern, luxurious bedrooms that Queen Anne obviously never stayed in. One of these came in extremely useful after the Mystery Muncher ate a bucket of Stiffkey mussels, which came in a huge range of sauces and cost just £8.50. This was followed by a half a Wells lobster at £17, which was absolutely delightful and enough for even his appetite.

The MM’s partner had scallops followed by Wells baked crab with cider cream. All washed down by a reasonably priced Kiwi white – a combination that definitely brought her out of her shell later.

Now what’s in a name? Stiffkey is a peculiar place-name in a holiday area so some locals prefer to call it “Stewkey” to separate the real men from the tourists. Personally I don’t care how you say it as long as you remember how to say “Red Lion” and “lobster”.