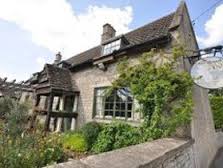 The Olive Branch is UK Pub of the Year

The Olive Branch in Clipsham, Rutland (pictured left), has been named overall UK Pub of the Year in the new Good Pub Guide 2014 – out on August 29, 2013. And Oakham in Rutland’s Grainstore has been awarded the title of UK Own Brew Pub of the Year.

Run by friends and business partners Ben Jones and Sean Hope since November 1999, The Olive Branch – part of our Great Food Club network – has forged an exceptional reputation for its food, drink and hospitality over the past 14 years.

Its entry in the 2014 Good Pub Guide says: “The civilised Olive Branch prompts readers to superlatives: ‘service as good as it gets’; ‘sublime food’; ‘how have they managed to maintain such consistently high standards?’; ‘the ultimate pub experience’. It’s a first class all-rounder.”

Ben Jones commented: “When we took on The Olive Branch in 1999 our primary aim was to open a good pub – a place that served good food, good wine and good beer in a comfortable, relaxed environment. This award shows we’ve achieved that. It’s brilliant news.

The Olive Branch was also named County Dining Pub of the Year for Leicestershire and Rutland. 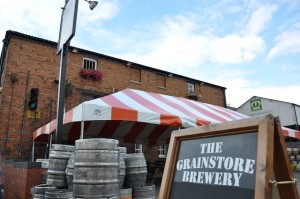 The Grainstore pub and brewery, Oakham

The Grainstore’s entry in the 2014 Guide says: “Chosen for the superb quality and value of the ten different beers it brews, the Grainstore in Oakham is Own Brew Pub of the Year 2014. Super own-brewed beers in a converted railway grain warehouse, cheerful customers and pubby food. As per the traditional tower system of production, the beer is brewed on the upper floors of the building, directly above the down-to-earth bar. During working hours you’ll hear the busy noises of the brewery working rumbling above your head.”

The Grainstore is also part of our Great Food Club network.

Other Good Pub Guide 2014 Midlands County Dining Pubs of the Year are: