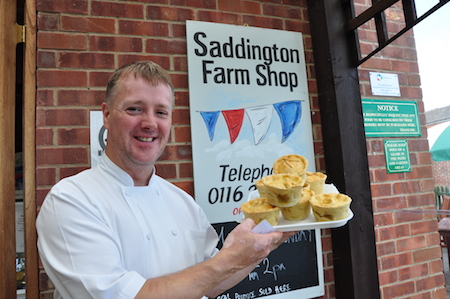 The Queen’s Head: the pub with its own ‘farm shop’

The first thing that strikes you when you walk into the shop at the rear of the Queen’s Head pub in Saddington, south Leicestershire, is the beautiful range of pies. The counter is full of glorious, golden, deep-filled, short-crust pies that are clearly made with love and care. Then, on your right, you see shelves of pickles, jams and flavoured oils, which like the pies are all hand-made in the kitchen by head chef and licensee Chris Lewis-Sharman (pictured left) and his team. This small pub shop also sells fresh vegetables, meats, bottled beers, cakes, and handy household essentials. 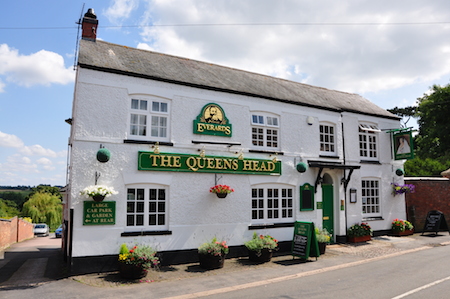 The ‘Queen’s Head Farm Shop’ as it is known opened in October 2013 and is housed in a pub outbuilding. It looks out onto the pub’s beer garden and down to Saddington reservoir beyond. The shop was a joint idea between Chris and the pub owner Everards Brewery. Chris and Mike Brown, business development manager at Everards, wanted to turn a redundant store room into something useful that would give customers another reason to visit the pub, and also provide a valuable service to locals who do not have another shop in the village.

After discussions between Everards and Chris, Everards Brewery backed the project to the tune of around £10,000. Chris also contacted the Prince of Wales’ not-for-profit organisation Pub Is The Hub – which is dedicated to offering support to licensees and rural pubs – and they put in around £3,000.

After nearly a year of trading, the shop is slowly gaining more and more regular customers who love to enjoy the pub’s excellent food and then return home with Chris’s delicious hand-made delicacies. “The shop works well for us because I hand-make most of the produce, which keeps margins relatively high,” says Chris. “It also means the Queen’s Head stands out from the crowd.”

Chris, aged 47, is a talented and highly experienced chef who is passionate about food and drink. “I started out peeling spuds and carrots in hotels aged 15, then did my apprenticeship before going to work in several fine-dining restaurants,” he says. “The best was probably Tom Browns Brasserie in Gunthorpe, Nottingham, where we won two AA Rosettes. But eventually I wanted to work for myself so contacted Everards with a view to running my own pub business.” 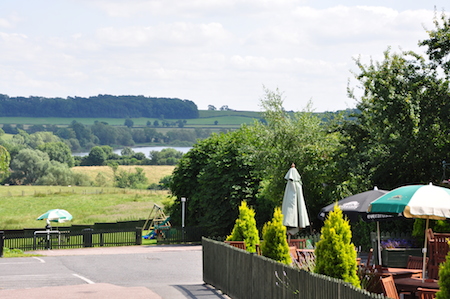 The view from the beer garden

It’s Chris’s passion, experience and culinary skills – along with Everards’ impressive support – that are allowing the Queen’s Head Farm Shop to gain traction. However, there are challenges too. Chris would dearly love to employ a full-time staff member to man the shop but isn’t quite there yet, so customers currently have to ask at the bar when they want to buy something in the shop. Chris is also up against the long-formed habits of villagers who simply don’t consider nipping to the pub to buy deli food and a few household essentials. And, of course, making pastries and pickles by hand on top of cheffing and running the pub is damn hard work.

However, both Chris and Everards are extremely positive about the future. Adding small food/convenience shops to the outbuildings of rural pubs is an idea that makes a huge amount of sense for thousands of village inns across the UK. It’s great to see Everards and Chris working together to turn this groundbreaking project into a success.

The Queen’s Head Farm Shop’s unique pies
The hand-made beef and ale pies are some of the best sellers in the Queen’s Head Farm Shop, which isn’t surprising because they look and taste stunning. Says Chris: “I put a secret ingredient into the shortcrust pastry that makes them slightly paler than your typical pie, plus crispy on the outside and soft on the inside. The beef – from Pauls Butchers in Lutterworth – is top rump flank; we tried diced chuck but if you cook it for too long it can go a bit stringy. We marinade the top rump flank for three days in Everards Tiger and Beacon ale, then add a couple of pints of water. Then we cook it for four hours with salt and pepper; nothing else, no vegetables. Just a pure, really rich beef and ale pie.”