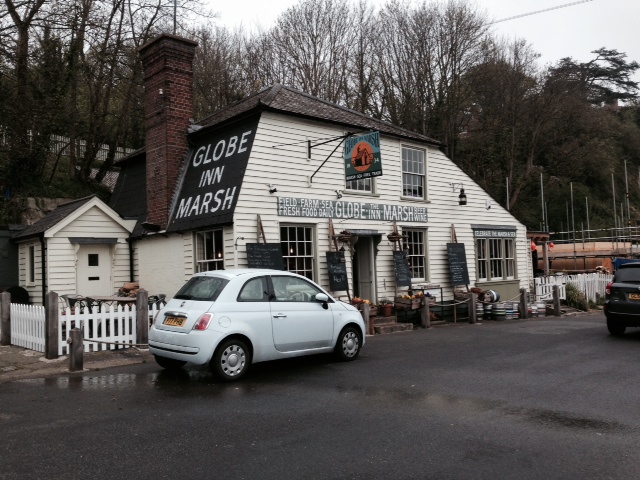 If you’re ever down in East Sussex, I strongly advise you to head to The Globe Inn Marsh in Rye. I stumbled across it last weekend and it’s one of the best pubs I’ve visited.

We usually focus on the Midlands here at Great Food Club, but this pub was so exceptional that I feel compelled to give it some attention. Please excuse the slightly rubbish iPhone shots, but they’ll give you an idea.

The timber-clad building looks great from the outside and when you walk in, you’re immediately struck by the cosy atmosphere and a large wooden table loaded with homemade bread and olives. A nautical theme runs throughout, which is obviously in keeping with its seaside location. It’s brilliantly done and not at all forced. 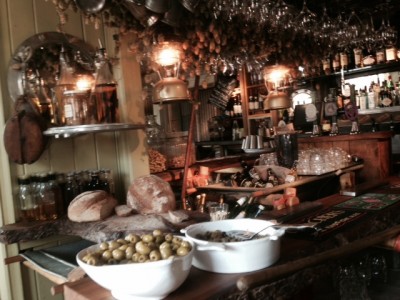 The feel of the pub is unique and I was interested to see the owners have chosen not to have a traditional bar, just a small wooden display showing the beer pumps (local brews). So rather than waiting behind a large bar to be served, you stand to the side of the beer display, near the table of bread and olives. This worked OK during our visit and the design removes a barrier between staff and customer, which adds to the pub’s charm. 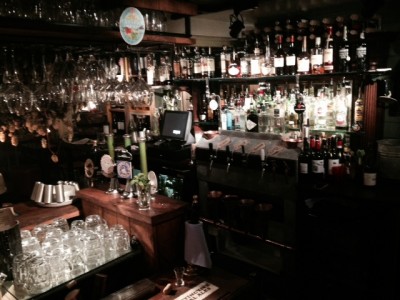 Toilets were unisex (no urinals) with a giant sink. 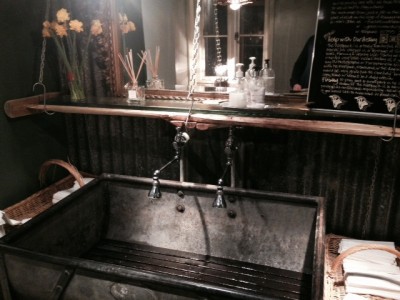 The food (and beer – particularly the unfined Hastings Handmade No. 7 from Hastings Brewery) was very good indeed. Our bubbling fish pies were some of the best we’d eaten, and the open fish finger sandwiches also hit the spot (the fish fingers were homemade, of course). The pub also has a wood-fired oven for homemade pizzas. 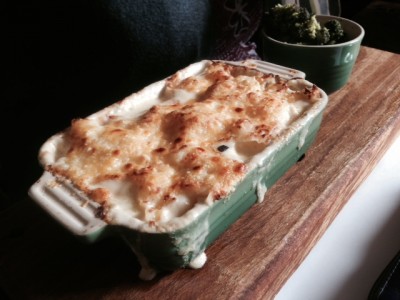 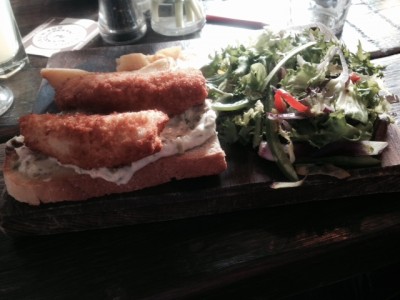 The Globe Inn Marsh ticked every box and I think it’s going to be a long time till I come across a better pub.