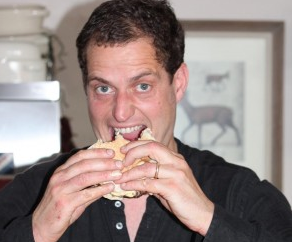 Young people from a Nottingham school feature in a BBC programme later this month where they skin, butcher and cook a whole fallow deer.

The youngsters from Nottingham University Samworth Academy get a visit from TV chef Valentine Warner as he campaigns to change the image of venison as a rich man’s luxury.

For his programme in the new Great British Food Revival series, Warner joins in on a deer “unmaking” led by Dr Naomi Sykes of Nottingham University. Dr Sykes is an expert in the history of deer and part of the Fair Game initiative which promotes responsible deer management and the virtues of wild venison. 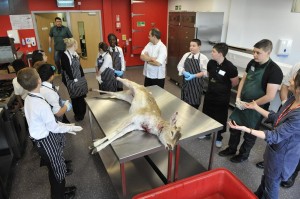 The youngsters are seen overcoming their squeamishness and enjoying getting to grips with food preparation. They cook a range of dishes for their parents, many of whom taste venison for the first time.

“It was brilliant  – I was overwhelmed by how positive the kids’ response was and how well they understood the issue,”  Dr Sykes told Great Food.

“At a time when locally sourced, seasonal, healthy and ethical foods are at the top of consumers’ wishlists, wild venison ticks every box. I just can’t think of a better meat for people to eat.” 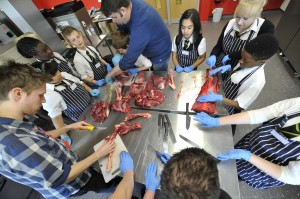 For the TV progamme, Valentine Warner had earlier visited Chillingham Woods in Lincolnshire to learn about environmental damage caused by the booming deer population. He makes the case for continued expansion of humane culling to control deer numbers and to get more high-quality venison into the food chain. He visits local food co-operative Lincolnshire Wild Venison Larder as well as the long-established fallow herd in the Deer Park at Burghley House.

The Fair Game initiative is now seeking to match up deer stalkers with institutions so that wild venison –  and in particular the breeds that may be causing problems locally – can be got to local consumers quickly and cheaply.  For more information click here.

Dr Naomi Sykes will be leading another ‘Deer Unmaking’ day at the Old White Hart pub in Lyddington, Rutland LE15 9LR on Saturday October 20 from 11am.  Limited places are available and to book a place contact Hugh Davis of the British Deer Society at nhugh@wildfowling.wanadoo.co.uk or call 07802 8333977.