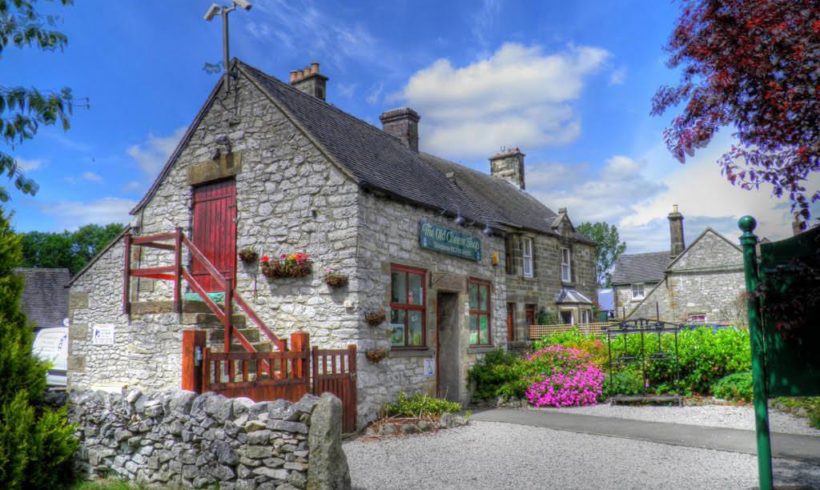 The Hartington Cheese Shop in Hartington, near Buxton, sells cheeses from Hartington Creamery and other local/regional artisan producers.

The shop, which has been established for 30 years, is in a beautiful old stone building overlooking Hartington duck pond. It specialises in British cheeses, featuring the likes of Lincolnshire Poacher, Dovedale Blue, Wensleydale, various Stiltons and plenty of varieties of goats’ cheese. There are also local beers, chutneys, biscuits, pickles and patés.

The owners of The Old Cheese Shop work closely with the Hartington Creamery, Derbyshire’s only commercial cheese producer. The creamery makes Peakland Blue and Peakland White – the Blue was named Best Blue Cheese at the Bakewell Show and the White won Silver in the Best New Cheese category in the British Cheese Awards 2013. Hartington Creamery has recently received accreditation to make Stilton, meaning production of the king of English cheeses has returned to Derbyshire for the first time since 2009.

You can also buy cheeses from Hartington online, including cheese wedding cakes.