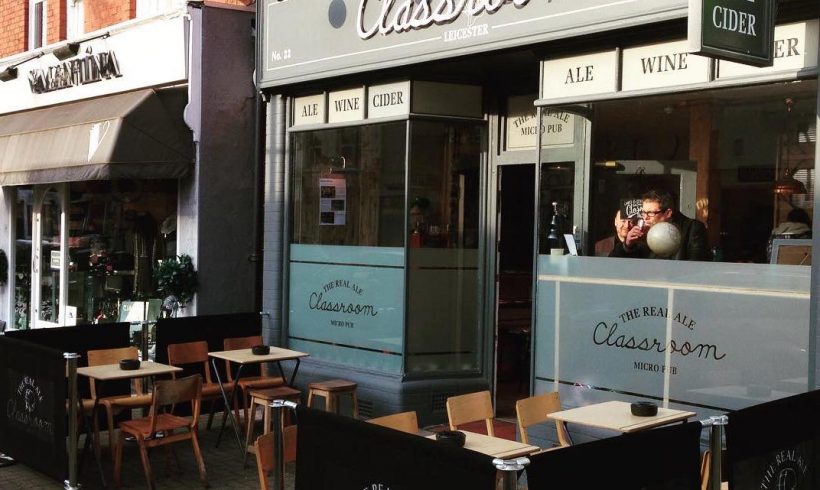 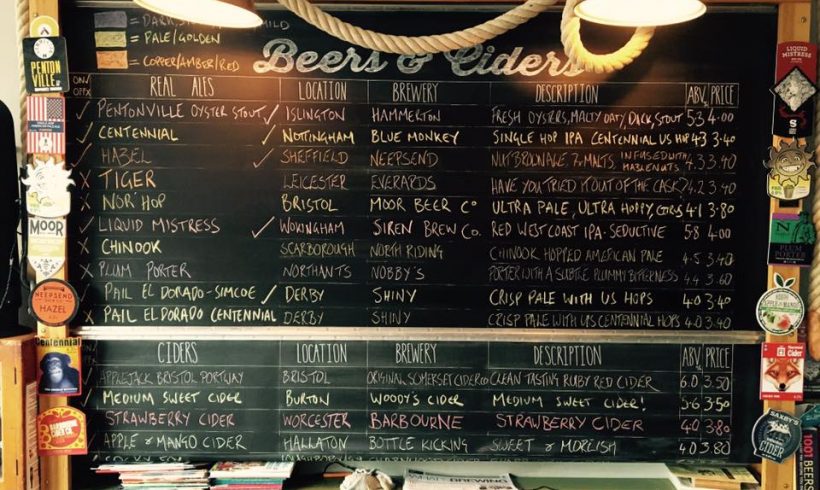 Leicester’s leafy suburb of Stoneygate was never renowned for pubs or bars – but that’s all changed since The Real Ale Classroom opened in December 2015. The brainchild of former teachers Ian Martin and Steve Tabbernor, who wanted to combine their passion for education with their love of real ale, this micropub has been a huge success and was named Leicester’s CAMRA Pub of the Year for 2017.

It’s not hard to see why. The Classroom – which is recommended by us for its fantastic beer (you can get a packet of nuts here but that’s about it) – is warm and welcoming and decorated in the style of a classroom, complete with science benches, stools and desks. The staff are friendly, know their stuff and want to educate on the joys of craft beer.

The ales are served fresh from the cask and, along with the real ciders, are sourced from the best local, regional and national brewers. A custom-made cooler keeps the gravity-fed ale and cider at 10-12c, ensuring the drinks are served in perfect condition.

The available ales are listed on a blackboard, with upcoming ones also displayed. The choice is varied, with porters and stouts to bitter and pale ales. They are also available by 1/3 of a pint, so you can try a few, and the ever-changing menu means you can sample a wide variety of ales over a period of time. But don’t worry if you’re not into ale – there’s also a great selection of ciders, wines, gins and other spirits.

There’s regular live music and open-mic nights, which adds to the atmosphere. The success of the Classroom meant Ian and Steve opened a second Real Ale Classroom in Lutterworth, south Leicestershire, in 2017, so they seem to have found a winning formula.